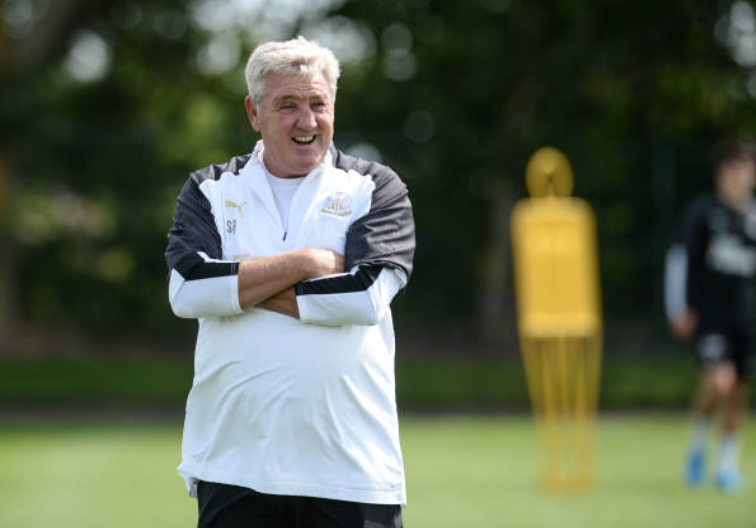 Newcastle United’s 2019/20 home kit pays ‘homage’ to the 50th anniversary of the clubs inter-cities 1970 Fairs Cup win’ to quote the designers blurb – too long ago for most of their current supporters. Maybe ‘Wor Jackie’ (Milburn), a centre-forward and key man in the 1950’s FA Cup fighting team that lifted the trophy three times in that decade, should emblazon the front of their away kit. Worn as a further reminder and inspiration from those long gone glory days, again beyond the memory of most, with only Keegan’s near miss but entertaining side of the early eulogies.

This club has more modest aspirations these days, set against an unsettled background of animosity towards the current owner whose intransigence resulted in the departure of Rafael Benitez. The renown manager, whose skillfully applied tactical nous combined with motivational skills of the highest order, resulted in a largely ill-equipped and mediocre playing squad fulfilling their goals for one more season. The aspirations of this once great club is now simply to maintain their place in the honey pot that is the Premier League.

Last seasons statistics amply demonstrated the guile and organisational skills with which Benitez developed. His teams goals per game averaged at 1.1: while not overly high, it meant that teams must always be wary of a team capable of scoring in most games. It was an indication of the quality in the team, especailly with the strikers Solomon Rondon and Ayoze Perez, who netted 33 between them providing 75% of their clubs goals. However, both have since moved on from Tyneside.

Last season Newcastle were a functional outfit, reliant on the pressing tactic now prevalent in the Premier League plus effective tackling to win back possession. When they had the ball the team proved less effective with an average overall possession for the season of 42.9%. Perhaps this lack of time on the ball was testament to their defense who managed to frustrate possession-based teams, keeping 11 clean sheets – the seventh highest in the league.

Benitez however, wearying of Mike Ashley’s ignoring of his pleas for money to strengthen the squad left him frustrated and saw him leave Newcastle for China.

Transfers and changes at the club

In Benitez’s place is Steve Bruce, an experienced manager but one who has come and gone from several of his clubs after ‘disputes’ or better offers elsewhere – Crystal Palace and Sheffield Wednesday being notable examples. Bruce has performed well at some Championship clubs, particularly Hull City who were promoted into the Premiership and reached the final of the FA Cup under his guidance. During his tenure at Aston Villa, he took them to the play-off final where they were beaten 1-0 by Fulham.

His last job at Sheffield Wednesday was marred by a delay in him taking up the appointment in January and by July he had resigned in order to take up the reins at Newcastle.

So a patchy managerial record has been punctuated by sudden departures, contractual disputes, and even problems with his ‘image rights’, though loyalty is hardly at a premium in today’s football. He has experienced some success in the Championship but his Premier League record can be described as less than average. This added to him being viewed by many as a controversial figure to appoint – particularly after some of the managers the Toon were linked with after rumors of a potential takeover.

With Newcastle’s leading goalscorers from last season both moving on, things began to look bleak. However, the clubs transfer activity has restored some faith. Striker Joelinton put pen to paper and should inject some physicality and pace into the clubs strike force. Bought from a reported 91-million-pound transfer budget, Newcastle have been able to sign more talent too. Allan Saint-Maximin joined the club for £16million and it is surprising that he wasn’t pursued by any bigger clubs given his versatility to play on both wings.

Last winters signing Miguel Almiron has looked effective in a more advanced role in pre-season also as their signings continue to pay off. These players all add to a creative style of player that Newcastle are signing to coincide players like Jonjo Shelvey and Sean Longstaff who showed great promise last season and have stayed at Newcastle despite interest from top six clubs. All in all, things are looking more positive than they appeared to be as Benitez departed.

But can Bruce deliver amid the more sophisticated tactical demands of the Premier League? With hours left till the transfer deadline, Bruce still supposedly has 30-million-pounds left in his kitty. He is targeting strengthening the defence with the possible purchase of ‘flexible’ wide men enabling 3-5-2 to be deployed if necessary.

A surprise push for the return of Andy Carroll could be on the cards as well, although Charlie Austin is rumored to be a target and maybe the better option based on the two players fitness history. If they sign a player like either of these, it implies that a target man is a preferred tactic of Bruce and if either prevails, Newcastle’s attack has big boots to fill replacing Perez and Rondon.

Taking into consideration the past track record of Bruce in the Premier League, combined with the teams’ overall performance last season under the expert guidance of Benitez, plus the still present sense of unease and unrest among large sections of the fans means that Newcastle may struggle.

They will do well to stay clear of the relegation places. By the end of September, they could possibly have garnered points from Norwich (A), Watford (H) and Brighton (H). Earning points from ‘bottom half’ teams with the odd draw and/or win against clubs in the top half could see them safe. We shall see.

Steve Bruce has a lot to do if he is to succeed at Newcastle. While he has signed promising players, talent alone doesn’t make a good team. If he cannot make these players gel then Newcastle could be in for a rocky season.