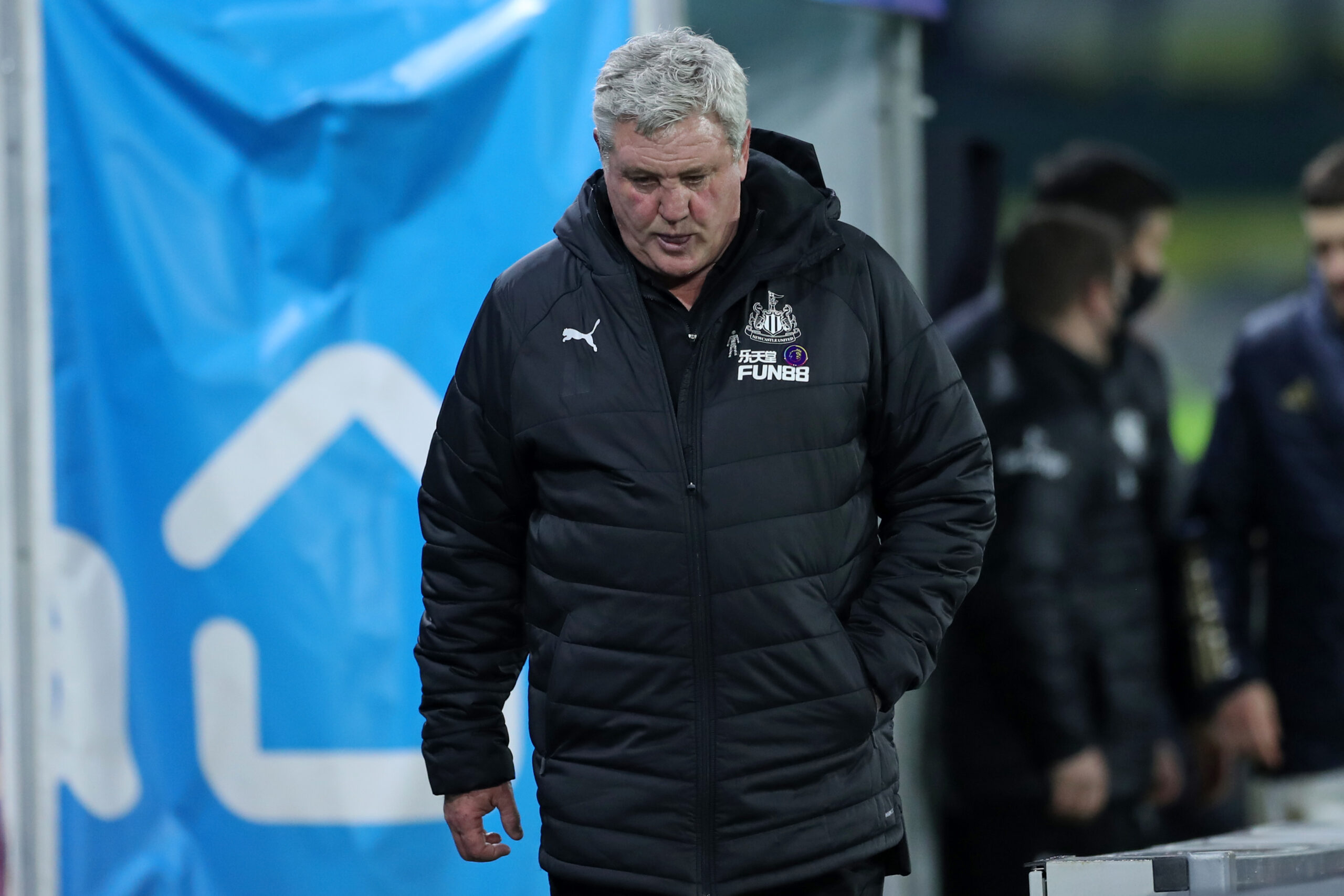 Newcastle host Leicester City in the first game of Sunday for both sides’ first game of 2021 and their last before the Premier League has a mini-break to allow room for the FA Cup and League Cup semi-finals.

A win for the Magpies would place Newcastle as high as twelfth, while a Leicester win would put them back up into third. In the past few years this fixture has been heavily Foxes-favoured, with Leicester having won their last two games at St. James Park. But Newcastle, coming on the back of an excellent draw against leaders Liverpool, will know that they have what it takes to deny Brendan Rodgers’ side and hand Leicester their third draw in three matches.

Bruce: the culprit, or a victim of the circumstances?

Steve Bruce has come under increasing pressure recently over whether or not he is the man to lead the club forward. Supporters of the club have argued that Bruce and his style of play are backwards and meek – relying on a defensive unit rather than the blistering attacks of Tyneside past. This is also reflected statistically, with Newcastle within the bottom five of club attacking metrics in the league. They are ponderous on the ball, and lack incisive tools who are not named Allan Saint-Maximin or, increasingly, Callum Wilson.

Some journalists have chosen to accuse the North-Eastern local media’s questions of Bruce as “hostile” and “confrontational” – but it is all too easy to point the blame at people who are quite literally paid to ask questions which, quite frankly, are nothing but a reflection of the current state of the wider reception of the club’s football and fortune.

Yet this does not mean Bruce is to blame either. the Magpies’ manager defended himself in his press conference, citing that “since I’ve walked through the door I’ve tried to take the club forward” and, although progress is “slow”, he believes that he has made steps forward since his arrival. Though it is difficult to see the manifestations of the progress in the teams’ performance and table position, there are many unseen factors and underlying issues that he may have improved or fixed; it is better to give him the benefit of the doubt than deride him on unknowns.

To be fair to Bruce, he is most likely doing the job to the best of his ability. Unfortunately, the best of his ability is to malinger in the bottom half of the Premier League, and anyone who hires him will likely be acutely aware of that fact. This is where the familiar problem lies: not with Bruce, or his football, but with the reason they are in Newcastle United in the first place.

Mike Ashley’s recent investment in the club has papered over the cracks of his fractious ownership, but the issues are resurfacing once more as his intentions with appointing of Bruce as manager begin to surface. Newcastle cannot rise back to glory, as all of their fans so desperately desire, until Ashley is outed.

A new type of result for Leicester: the elusive draw

For Leicester, sharing the points this season has not been an option – until now. For the first 14 fixtures of the Premier League season Leicester did not draw a single game. But now, over the festive period, two have come along at once. Their first with Manchester United on Boxing Day and their second with Crystal Palace only two days later. While the draw with United was regarded as a really good result (they lost their past five fixtures to them), sharing the points with Crystal Palace was poor considering a first-half performance that should have yielded at least one goal.

Regardless of whether or not they were objectively “good” or “bad”, these draws may represent something Leicester have been in sore need of this season: stability. The Foxes have flipped and flopped between good and bad displays from week to week: losing to Everton at home only to go and beat Spurs away. Though they remain in good standing in the League, fourth behind Tottenham, consistency could be what this Leicester team need in order to secure what slipped through their fingers last year: a place in the top four. If they can start to build a consistent run of form from those two draws with a win at Newcastle, they will be well placed to accomplish what seems to be well within Leicester’s potential.

For Newcastle, Isaac Hayden’s fifth booking of the season will mean that he is unavailable for the Magpies who are already missing Jamaal Lascelles and Allan Saint-Maximin who are both recovering from coronavirus. Newcastle are also likely to be without Ryan Fraser, suffering a groin issue, but may be able to welcome back Paul Dummett to the squad as he has almost recovered from illness (whether or not this is also COVID-19 is unconfirmed).

Leicester City may be able to finally field Turkish defender Caglar Soyuncu again as he completes his recovery from injury. Ricardo Pereira is training but believed to be unavailable. Leicester had a number of minor issues with players, which in-part contributed to their hugely changed side for the Palace game. Wesley Fofana had a minor issue which was attributed to the large number of games he had played, while James Maddison also had a problem with his knee that Rodgers said would be “okay for the weekend.” Cengiz Under is also likely to have recovered from a tight hamstring he picked up in training.

There is not much to suggest the result will be anything but a win for the Foxes. Leicester have a fantastic record at St. James’ and beat Bruce’s Newcastle in very convincing twice last year. Newcastle’s good result against Liverpool could end up deceiving them into overconfidence – but shows potential for a solid defensive display and a point to their name if everything goes to plan.