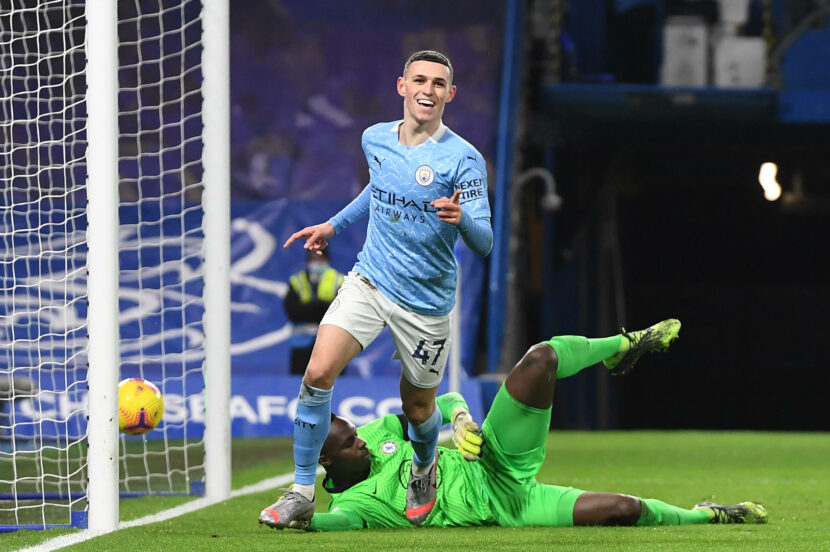 Manchester City enjoy the first of three Premier League victory laps on Friday night, as they travel to Newcastle after being confirmed as Champions on Tuesday evening. Newcastle United’s emphatic victory over Leicester City confirmed their safety and yet another year of Premier League football, but it is likely that Steve Bruce’s side will have to take a back seat in this game, both on and off the pitch, as they come up against the newly-crowned Champions of England.

Although Pep might have wanted to secure the title in one of his own fixtures, winning it away from the pitch when the closest opponent is beaten and can no longer catch up is the new, fashionable norm: it has happened four times in the past six years. While they will still have to wait until the final match week, and their home game against Everton, to lift the Premier League trophy, City will no doubt enjoy the guard-of-honours handed out to them in these coming fixtures – as well as the opportunity to showcase the quality which has made them champions. Winning the title this year might have been one of their toughest challenges yet, and therefore also their greatest achievement: one that Pep, his players, and all City fans will be thoroughly satisfied with.

Newcastle might seem unfortunate to have to be the first side to play Manchester City, but the reality is that they will not be massively bothered with the footballing side of it. An impressive four-goal victory away at Leicester confirmed their safety and bounced them up to sixteenth. Steve Bruce will be probably satisfied with a final position around here, as his mandate seems primarily to be survival: an objective now achieved. Although it is possible they could gain a few places, and some extra prize money, it is unlikely that the players will be massively incentivised to do so: especially when playing against the champions.

Strangely, both sides have Leicester City to thank for their current positions: one poor performance from the Foxes secured Newcastle’s safety, while one good performance gave City the title.

The reverse fixture, played on Boxing day, saw Manchester City win comfortably at the Etihad with two goals without reply from Ilkay Gundogan and Ferran Torres. The match was dominated by City but had a good intensity to it but one that, unfortunately, is not likely to be replicated here. The game is likely to be a laid-back affair, dominated by City, and without much influence from Newcastle: whose greatest contribution might be the guard of honour they give out before the match begins.

Newcastle are once again without striker Callum Wilson after he suffered a minor hamstring injury which puts him out for the remainder of the season. He joins a frustratingly long injury list for the Magpies, with Jamaal Lascelles, Isaac Hayden, Karl Darlow and Ryan Fraser all still out. Wilson is likely to be replaced up front by Joelinton, with Newcastle also welcoming the return of defender Emil Krafth after he served a one-match suspension, although Bruce is unlikely to make any more alterations to the team who won in the East Midlands.

Manchester City will be without midfield superstar Kevin De Bruyne for their trip to St. James’ Park, as he is still suffering from an undisclosed injury and has not yet returned to training. As he was also out for the loss to Chelsea, Pep has no enforced changes, but he might make some anyway: a reintroduction for Raheem Sterling or Ferran Torres is a definite possibility.

This game is likely to be one-sided, and it is likely to be rather slow. Manchester City are assured to play some exciting football, but who can blame them if they lack some of the intensity of recent months? They will win comfortably at St. James’, scoring at least three, and they will continue to receive the plaudits they deserve.