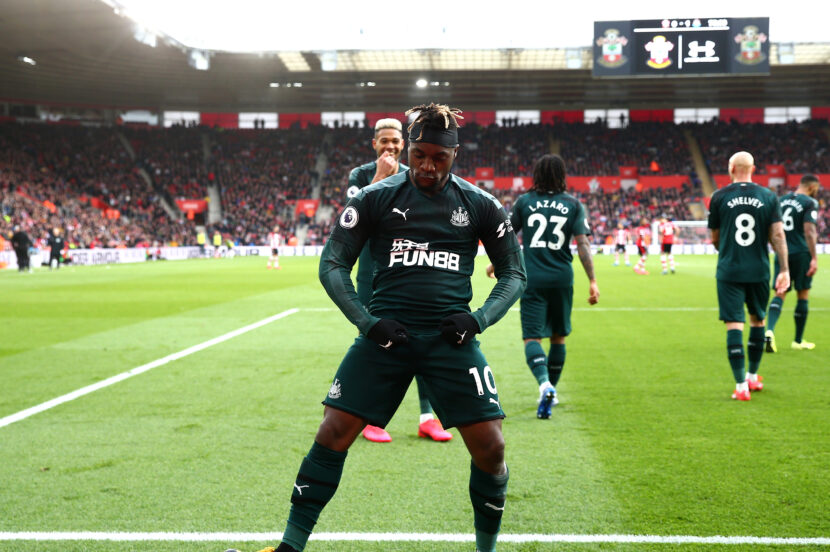 The Magpies host the Blades this Saturday as Wilder’s men continue to strive for a top-four finish.

Last time out, the Magpies were victorious on the South Coast as they beat the Saints 1-0. Allan Saint-Maximin scored a 79th-minute winner which saw Steve Bruce’s side win their first game in six matches. The Blades came out on top against Norwich last week meaning they are still on track for a Champions League spot. Billy Sharp scored the only goal of the game, meaning Wilder’s side kept a clean sheet and earned another three vital points.

Steve Bruce will want to harness the momentum from their last win to make it difficult for the Blades at St James’ Park. The Magpies will need the atmosphere to be buzzing as they are the joint lowest goal scorers in the league with Norwich, scoring only 25 goals. The Blades, on the other hand, have conceded the second least amount of goals so far – due to their rock-solid defence, so Newcastle will need to be firing on all cylinders if they are to get anything from Saturday’s game.

Sheffield United are unbeaten in their last four league games and have lost only twice away from home – against Liverpool and Manchester City. United will be relishing the fact that Newcastle are poor defensively – the Magpies have conceded 41 goals so far this season.

However, the Blades don’t have the most formidable attack as from their last five games, they have won by only one goal. So this weekend’s game could be a quite low scoring, but if Bruce’s side take the front foot it could leave them defensively vulnerable.

Last time these sides met Newcastle came out on top, winning 2-0 at Bramall Lane. The Magpies were previously spurned on by their travelling fans who helped them towards the three points. But this time might be a completely different story, as this Saturday’s clash could be played behind closed doors. Newcastle United are still awaiting official guidance from both the government and the Premier League ahead of this weekend, so it could be played in front of an empty stadium due to the coronavirus. This would potentially help the Blades who are away from home and therefore wouldn’t have to face the home crowd.

Team News
Newcastle United
Steve Bruce has no fresh injury concerns ahead of this weekend. In defence, Jetro Willems is unavailable as he has a knee injury which has meant he has missed six straight league games. Ciaran Clark is also sidelined with an ankle injury which has forced him to miss the last three games whilst Paul Dummet has been a long term absentee all season and won’t be in the squad for this weekend.
Bruce’s only other player missing through injury is Andy Carroll. Carroll has missed the last seven games for the Magpies meaning their new signing Joelinton has been getting plenty of game time. Newcastle will lineup similarly to last week as there are no fresh injury concerns. This will be a boost for Bruce’s side as they performed brilliantly against Southampton last week, so he’ll be hoping for more of the same.
Sheffield United
Enda Stevens has been ruled out for a couple of weeks with a calf injury by Chris Wilder so the defender won’t make the game in Tyneside this weekend. Wilder has hinted that Ben Osborn could debut on the left flank, replacing Stevens who has struggled recently.
Embed from Getty Images
The Blades otherwise are injury-free ahead of the clash with Newcastle United. There has been no mention of any problem for Oli McBurnie, who looked to be injured after colliding with Tim Krul last weekend. McBurnie and Billy Sharp have started the last five league matches for the Blades and it seems Wilder has settled for a front two.
There is often uncertainty in that position but elsewhere the team is settled, with Dean Henderson, Oliver Norwood, John Fleck, George Baldock and the three centre-halves having started every league fixture in which they have been available this season.
Predicted starting XIs

The Blades have been fantastic this season and Newcastle haven’t really got going. That said, they are clear of relegation and there is little pressure on them to perform. Steve Bruce will look to approach this game quite offensively, starting in a 4-2-3-1 formation, but it is never simple against Wilder’s side and I expect the Blades to make it a tough game.