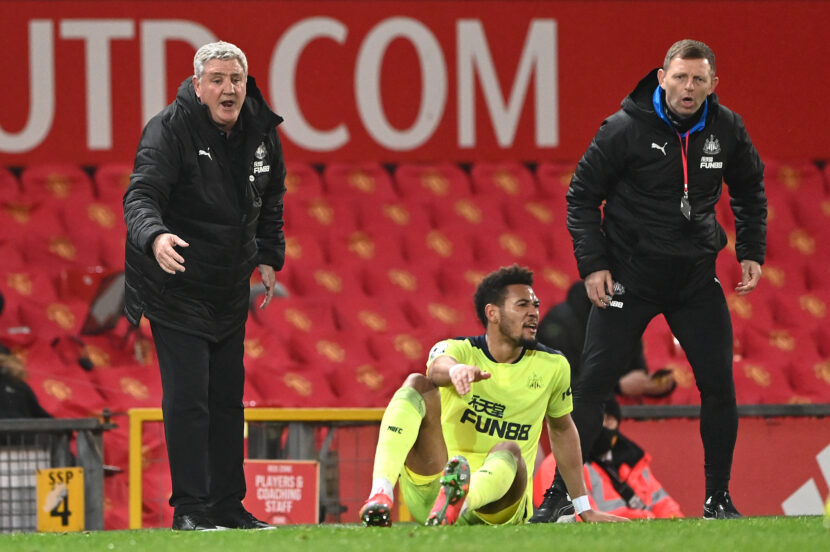 The Magpies will welcome Nuno Esperito Santo and his men to St. James’ Park for the late-night kick-off this Saturday.

Steve Bruce’s men were defeated comprehensively by Manchester United last weekend. It was a 3-1 loss which kept them close to the relegation zone, now placed 17th on the table. Over the past five games, the Toon army have managed two wins and three defeats which has kept them dangerously close to 18th placed Fulham. Bruce will be aware of his opponent’s inconsistent form over the season and will be looking to get something out of this game with the hope of staying outside the relegation zone.

Nuno will be happy with his side’s 1-0 victory over an exciting Leeds side last week which in turn propelled them to a comfortable 12th spot on the table. With three wins, a draw, and a loss in the last five, Wolves have certainly taken some steps in the right direction after a slump in form midseason. They continue to miss their star striker Jimenez, who is out due to a head injury and hope that new loanee Willian Jose can fill his shoes till he’s back.

Both managers will come into this game with the hope of getting something out of it, which could lead to a bit of a cagey start. Nuno will be looking to exploit the constant injury issues of the home team, be it in defence or attack whereas Bruce will be wary of the counter-attacking prowess that Wolves possess and will hope his team can shut them out. It is poised to be an interesting matchup, one which could have an effect on Newcastle’s relegation fight.

While Karl Darlow has been mostly outstanding this season, his underwhelming performance at Old Trafford could open the door for former No.1 Dubravka.

Callum Wilson suffered a hamstring tear and will be sidelined for 6-8 weeks. Schar had an operation on his knee ligaments and will be out for quite a few months whilst Manquillo suffered an ankle injury and will be unavailable as well.

Jeff Hendrick is back after suspension but Joelinton could miss out due to back trouble which could mean one of Gayle or Carroll starting on the weekend. Bruce expects Fernandez to be available for the game on Saturday.

Raul Jimenez continues to work his way back from a head injury, but there’s a long way to go as of now. Marcal suffered another muscular problem last time out and is sidelined. Other than that, Boly and Podence are the only other players on the injury list and remain sidelined.

Given the recent form of the away side and the home side’s constant defensive woes, I think Nuno’s men should comfortably come away with the three points.