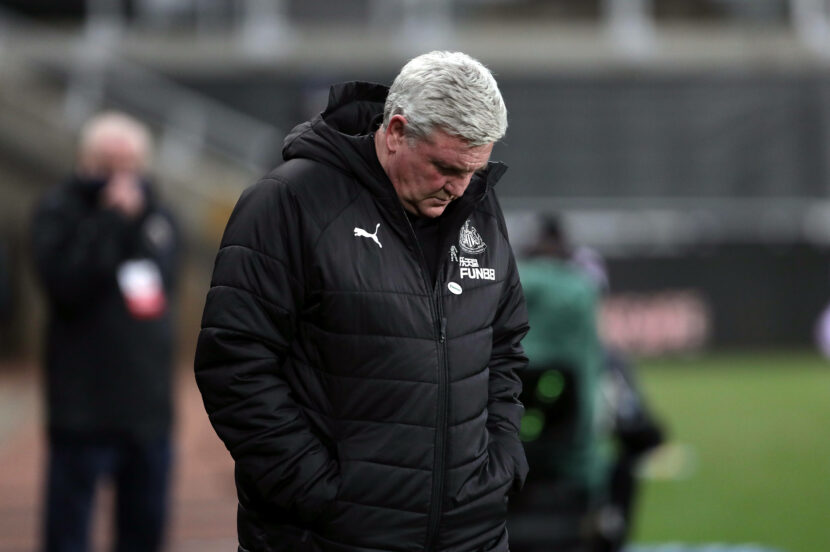 Prior to their latest fixture vs West Brom, Newcastle’s starting XI had scored a combined seven Premier League goals between them in the 20/21 season. After 90 minutes against the league’s leakiest defence, that figure remained at seven. Jeff Hendrick was the highest league scorer on show despite having had a single shot on target since the opening day of the season. After this fixture, it couldn’t be clearer why the Magpies are now hovering perilously over the relegation trap door.

Newcastle ended 2020 with three scoreless performances but in a relatively comfortable mid-table position. However, 2021 has not been kind:

Barring an excellent victory at Everton in late January and a three-goal first half against stuttering Southampton, the calendar year has made for consistently miserable viewing for the Toon Army. Losing is painful. Losing without entertainment is worse. Losing your three most dangerous attacking talents at once is potentially fatal.

Newcastle are, in fact, two games unbeaten after a pair of drab draws that have done little to change the mood on Tyneside. Steve Bruce may have looked to deflect blame for his side’s slump but supporter opinion has swung firmly against him. His lineups have been consistently scrutinised with accusations of negativity commonplace. The goal tally does very little to dispel this and the phasing out of the home-grown Longstaff brothers has upset the locals. Bruce has vowed to fight on but many supporters would prefer he wasn’t given the chance.

Friday night’s visit of Aston Villa serves as a crucial crossroads in Newcastle’s season. Playing before their closest rivals, they have to opportunity to pull four points clear of the drop zone and enjoy a pressure-free weekend for the first time in months. If, though, Villa manage without the talismanic Jack Grealish and leave the North East with three more points to their name, Brighton and the surging Fulham will be handed a major initiative in the race for survival.

Odds on the Magpies relegation are already shorter than either of their aforementioned rivals. They will almost certainly find themselves odds on for the drop if their form doesn’t turn under the Friday Night lights. Bruce and Newcastle have reached the ‘now or never’ period. If, though, defeat vs Villa was to result in a change of manager, some on Tyneside may be tempted to side with those in claret and blue.

Newcastle vs Aston Villa doesn’t guarantee goals but will provide no shortage of tension for those watching at home in the black and white stripes.

In case you missed it – the Premier League aboard: how clubs fared this week in Europe.