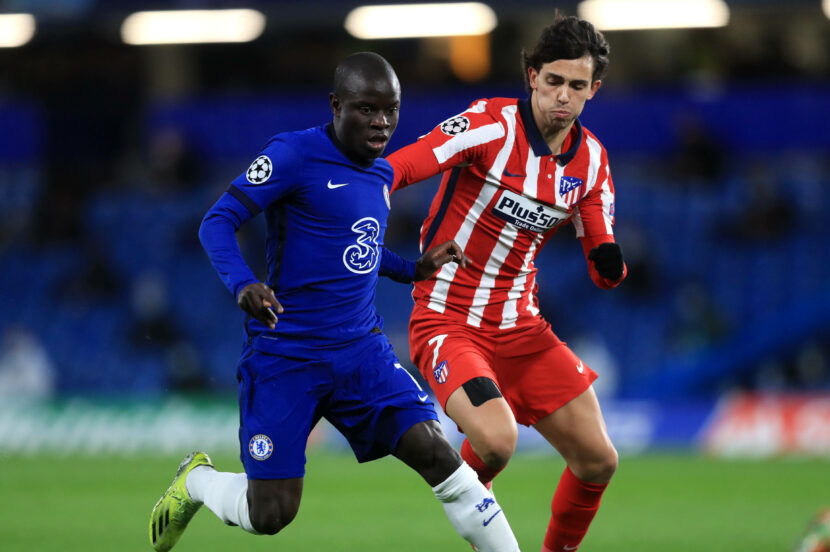 N’Golo Kante produced a stunning man-of-the-match performance on Wednesday evening as Chelsea knocked Atletico Madrid out of the Champions League, advancing to the quarterfinals.

The 29-year-old has suffered numerous injuries over the last 18-months but looked back to his best against Atletico, as the Blues won convincingly 2-0 on the night and 3-0 on aggregate.

Kante controlled the game from start to finish and epitomised the role of a midfielder. His box-to-box role enabled him to be effective in both attack and defence, slowing down the opposition, whilst also sustaining his own team’s attack and setting them on the counter with intricate footwork.

Against Atletico, the World Cup winner regained possession an immense 13 times – more than any other player on either side and he also had the second-most touches and passes in the game.

Kante is improving every game under Tuchel and he has already bettered the number of tackles and interceptions made compared to last season’s injury-ridden campaign. Ex-Chelsea midfielder Joe Cole labelled Kante’s performance as “sensational”.

“Not only does he have the physical capabilities, but he’s also got that canny ability to be in the right place at the right time,” Cole said on BT Sport. “Players don’t get around him. It’s like having two men in there in one. He looks about five years younger again. He is back to his best. He dribbles. He can pass. He’s fantastic.”

Chelsea are also flying in the Premier League and are unbeaten under new boss Thomas Tuchel. In the eight games, the German has been at the helm, the Blues have taken 22 points from a possible 24 – winning six games.

Chelsea fans will be thrilled Kante is back in form as his imperious performance brought back memories of how he helped Chelsea and Leicester to Premier League titles in successive seasons, 2015–16 and 2016-17.

The Blue’s title chances have diminished following a poor start to the campaign, but Tuchel’s revival has bumped them up into fourth place, behind Manchester United and Leicester. Not only are they now in the quarters of the Champions League, but Chelsea could advance to the semi-finals of the FA Cup if they beat Sheffield United on Sunday.