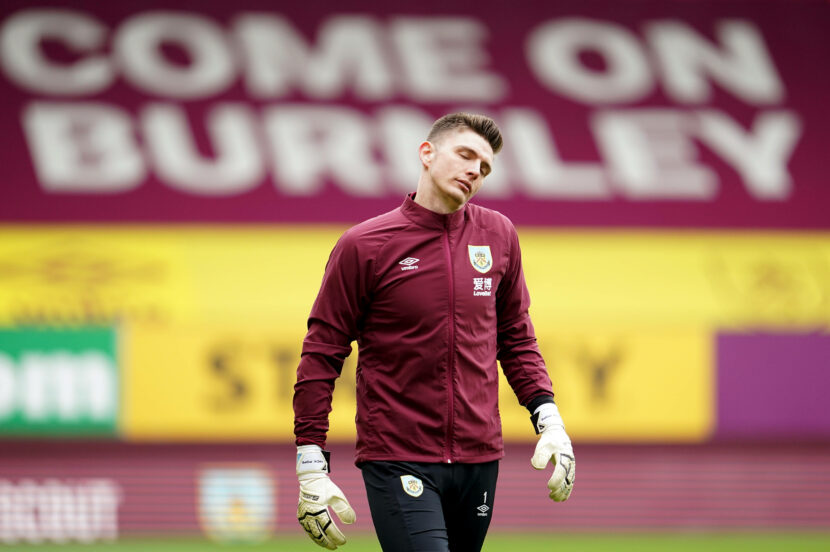 Hugo Lloris has not been a stranger to criticism since the turn of the year, with some below-par performances against Manchester City, Liverpool and Everton. Dubbed as lettuce wrists by some pundits, reports have seen Tottenham linked with various summer replacements. These include the likes of West Brom’s Sam Johnstone and Manchester United’s Dean Henderson. But there’s one name in particular that keeps popping up.

Nick Pope has again been linked with a move to the club this week, in the wake of Hugo Lloris’ most recent mistake against their North London rivals. It was a costly error that saw Nicolas Pepe intercept a lazy pass from the keeper, which led to the Arsenal winner.

But why Nick Pope, and how much will the player cost? Reports suggest any potential suitor would need to pay upwards of £50 million to secure his services. Though Sean Dyche did mention a pint and a packet of crisps may be enough, with the UK still stuck in lockdown.

The English keeper has impressed since his debut in 2017, who lost out on the league’s Golden Glove award on the final day of last season to Ederson. The England international has averaged a clean sheet every 2.8 games since his debut. With Lloris averaging a clean sheet every 2.9 games during the same period. Only a small margin of difference, but when you consider one side is competing for Champions League football and the other is fighting for relegation, it’s an impressive stat.

Pope seems to be an ideal player for Jose Mourinho, who fits into his tactical philosophy. Tottenham have often found themselves sitting deep and holding onto marginal leads this season, which invites pressure and encourages the opposition to cross the ball frequently.

Lloris, who’s only three centimeters smaller than Nick Pope, seems Napoleon-like at times, second-guessing himself at corners and opposing crosses. A trait not shared by the Englishman, who’s made 120 high claims (taking possession from crosses) in his Premier League career, compared to 54 from Lloris during the same period.

Lloris himself has been linked with a move away, which could see him reunited with ex-manager Mauricio Pochettino at PSG. Daniel Levy may look to cash in on the player, whose contract expires in 2020, to help raise funds for the Frenchman’s replacement. The question is, will that replacement be Nick Pope?