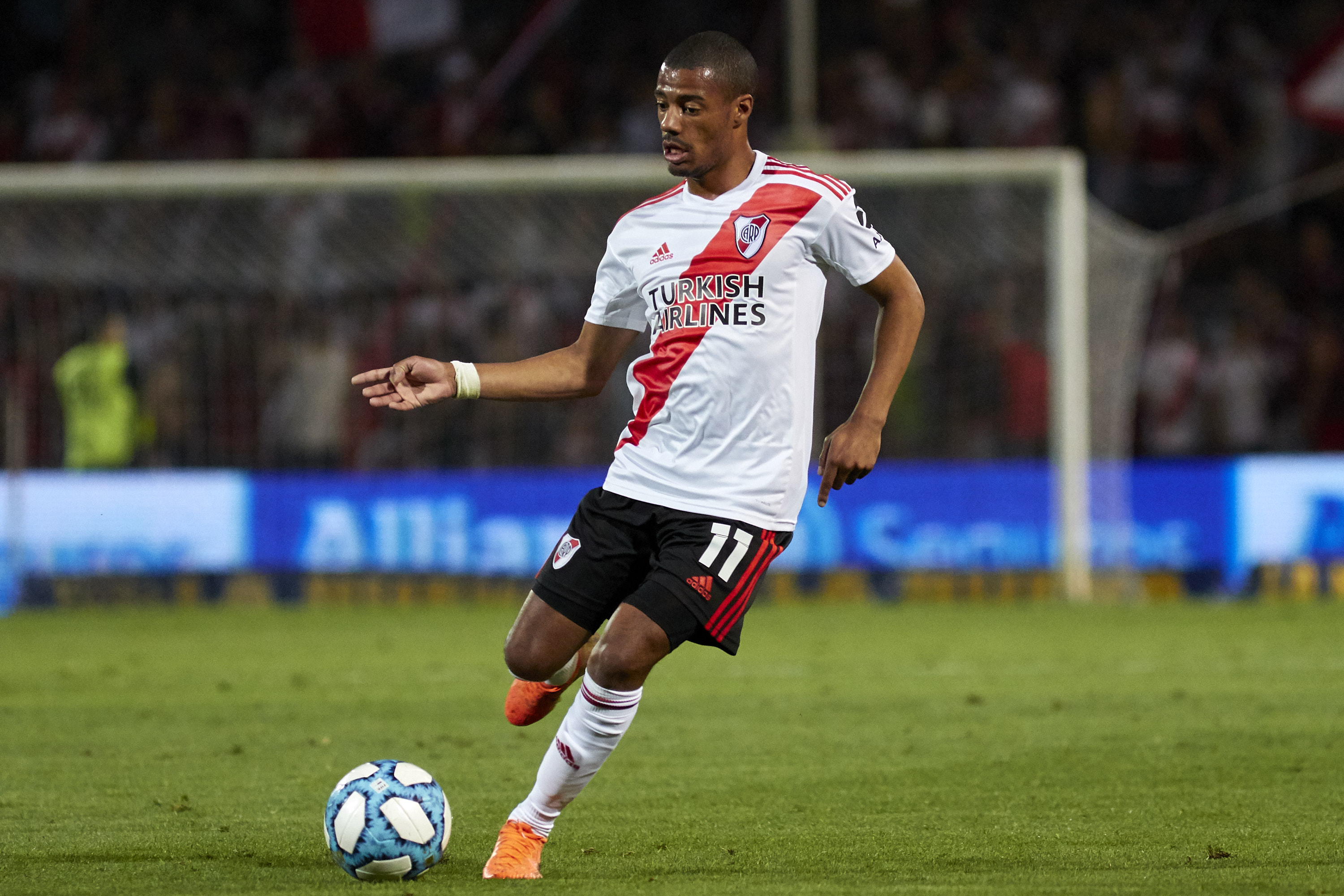 De La Cruz, who can play as an attacking midfielder as well as on the wing, has already notched eight goals and four assists so far this season and is a regular starter for the Argentinian side. Olé reports that talks have been held with De La Cruz’ agent, Paco Casal, and River Plate are looking to try negotiate a good deal for their ever-present youngster – with the player’s agent getting 70% of the transfer fee due to South American player ownership stipulations.

Las Gallinas’ number 11 moved to the 36-time Primera División champions from hometown club Liverpool Montevideo for £2.34m million back in 2017. Since then, De La Cruz has broken his way into the first team; all-the-while collating medals in the Copa Argentina, Supercopa Argentina, Copa Libertadores and Recopa Sudamericana, and has come into his own this season – cementing himself as one of the first names on the team sheet.

In River Plate’s current league campaign, De La Cruz has played a part in eight of the side’s 11 goals this season – as the Buenos Aires side sit fifth in a competitive title race – and holds an impressive 74.6% pass completion rate; crucial for a team with high-tempo passing football like River Plate or, indeed, Manchester City.

The former youth international plays a mobile role in Marcelo Gallardo’s 4-1-3-2 set-up, often starting games on the left-wing and rotating with Exequiel Palacios – who looks set to join Bayer Leverkusen in January – to hold more of a central attacking presence. De La Cruz’s main role is as a supplying outlet for strikers Lucas Pratto and Rafael Santos Borré, using his adept and quick ball control to carry balls up the pitch and sliding the balls into the box for one of the strikers to finish off.

Although far from his peak, the exhibition of his skillset so far this season makes the young Uruguayan an extremely exciting prospect for the Premier League champions to curate over the next few seasons. De La Cruz’ nimble attributes, when refined into a player of City’s calibre, is idyllic for a Pep Guardiola side – with the Uruguayan’s quick movement and swift passing perfect in a high-pressure side that are lethal on the counter.

Whilst he wouldn’t be a regular starter, the midfielder could slot perfectly into the midfield of Pep’s 4-3-3 layout as City’s central midfield line is malleable and regularly rotates to catch close-marking opposition players off guard, in a similar way to his tactical role at River Plate. In a slightly comparable way to David Silva, the Uruguayan is just as adept at posing a threat at the wing; carrying the ball into areas where he can feed it into the box or audaciously cutting inside and shooting – shown by some of his goals in this season’s Copa de la Superliga.

If Manchester City can secure the signature of Nicolás De La Cruz, with Olé reporting that the deal looks like it will come to fruition soon, the defending champions could have a true prospective talisman on their books; with the Uruguayan’s €22 million price tag leaving River Plate feeling short-changed and the player’s agent with very heavy pockets.