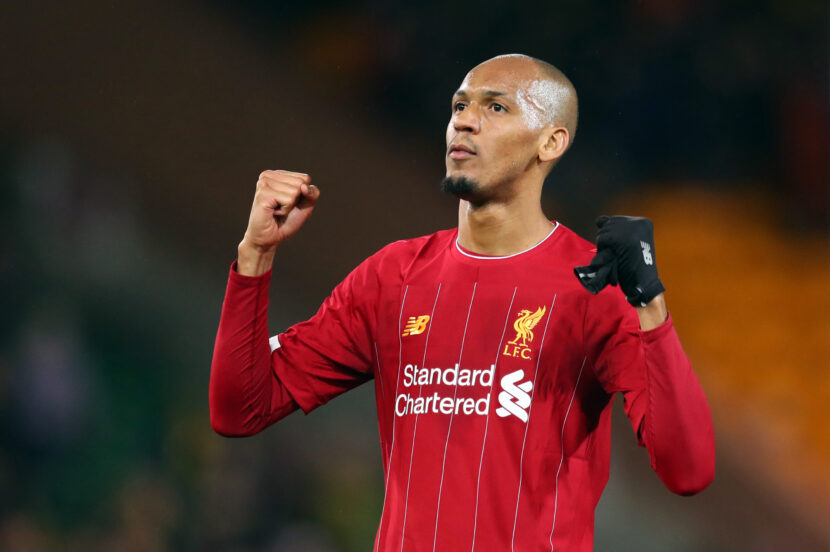 Liverpool edged past a dogged Norwich City side on Saturday as they moved 25 points clear of Manchester City with a narrow 1-0 victory.

The full force of Storm Dennis was hitting Carrow Road, with the wet and windy conditions making it a tricky affair for two teams who like to play football. Despite the two-week winter break, neither side looked sharp, with the final pass often going awry, cutting short a number of promising attacks for both teams.

The first half passed largely without incident, with neither goalkeeper being stretched. Liverpool dominated possession, but the biggest opportunity came for the Canaries just before half time. New signing Lukas Rupp beat the offside trap before attempting to tee up Teemu Pukki with just Alisson to beat. However, the Brazilian did superbly, sprawling at the feet of the Finnish striker to keep the scores level.

The visitors picked up the pace after the break though and nearly took the lead but for an excellent double save from Tim Krul. The Dutch stopper first got down low to deny Mo Salah, before reacting superbly to prevent Naby Keita with the goal at the Guinean’s mercy.

The hosts responded by going close through midfielder Alexander Tettey as a quick counter-attack ended with the Norwegian striking the woodwork from 25 yards out. Had it been a few inches inside the post, it could well have sneaked past the despairing Alisson at his near post.

However, with twelve minutes left, the inevitable happened. As so often this season, Liverpool found a way to win, and it came through the sensational Sadio Mane. The forward came off the bench, having missed the last two games through injury, to pounce on another Jordan Henderson assist. The influential skipper’s raking pass still left Mane with plenty to do, but the expert first touch and finish were that of a world-class player at the top of his game.

The Reds held on, with their record-breaking unbeaten run extending to 43 Premier League games. Just six matches separate Jurgen Klopp’s side and the Arsenal Invincibles’ 49 unbeaten run – the all-time record in English football. Norwich remain in real trouble, with the gap to safety currently sitting at seven points.

Alisson proves his worth again

Another clean sheet for Liverpool means that Alisson is the first goalkeeper to reach ten clean sheets in the Premier League this season; a remarkable feat considering he missed eight matches through injury earlier in the campaign.

While he doesn’t make the eye-catching saves that the likes of David de Gea and Huge Lloris make, the Brazilian’s perfect positioning makes him the hardest to beat. People will rightfully point to the fantastic defence in front of him, but his save percentage statistic shows his excellence. With 87.2%, his save percentage is over 12% higher than the next best in the Premier League. It is hard to argue with stats like that.

Barring the double save from Tim Krul and Mane’s late winner, Liverpool did not create too many opportunities on a rare off day for Klopp’s side. This was a chance for the Canaries to take a bonus point in their fight against relegation. First Rupp and then Pukki snatched at the host’s biggest opportunities. If Norwich are to avoid the drop, they will need Pukki to rediscover his scoring touch from earlier this campaign.

How many records can be broken?

With the Premier League trophy’s destination set for Anfield, it is now a matter of how many records this Liverpool team can beat. To go invincible, it would be another 12 matches without defeat for the table toppers. To break the points record of Manchester City’s centurions in 2017/18, the Reds need another 25 points from their remaining fixtures. At slightly over two points a game, this points tally seems like a strong possibility. Oh, what a time to be a Liverpool fan…

Daniel Farke and his side face a real uphill struggle to stay up this season. Their next three matches are tough, with trips to Wolves and Sheffield United sitting either side of hosting Leicester City. While they can take pride in their performance at the weekend, it is time to start turning performances into points. While they are not expected to take points from their next three, it is getting to the stage where losing despite playing attractive football is not enough. The Yellows need points, not praise from pundits.

Liverpool face a trip to the intimidating Atletico Madrid in the Champions League last 16 on Tuesday night, before returning to Anfield and welcoming West Ham United. As mentioned, Norwich travel to Molineux to take on Wolves.