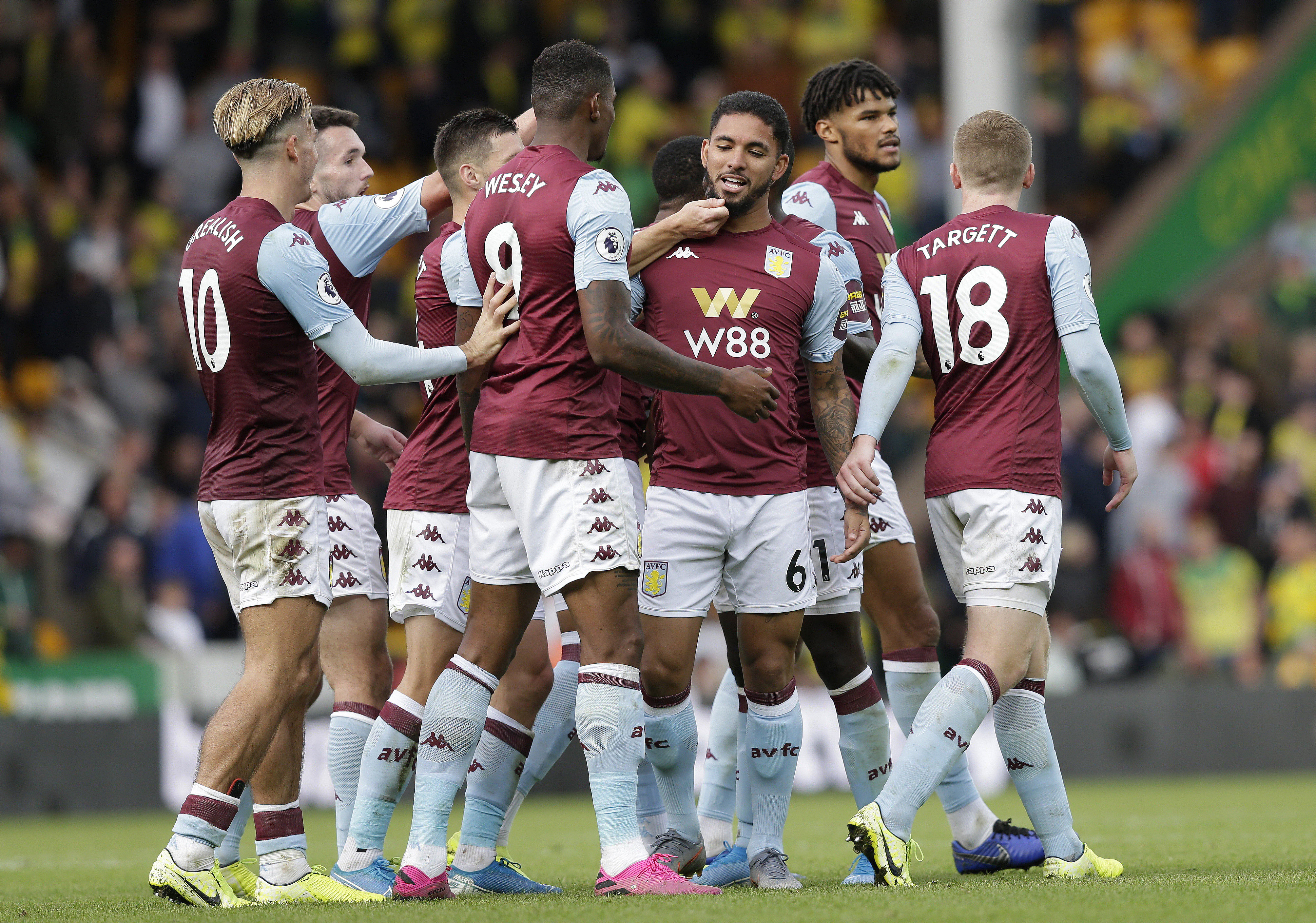 Brazilian forward Wesley shone throughout, netting a double which was supplemented by strikes from Jack Grealish and Conor Hourihane, plus a delightful long-range goal from Douglas Luiz.

A splendid lofted cross from Dutch winger Anwar El-Ghazi saw Wesley knock an effortless strike past deputy keeper Michael McGovern. The Canaries showed signs of fighting back after the first Villa goal but, following a VAR decision which ruled out a Norwich penalty, Villa were reinvigorated.

Record signing Wesley struck again and could have earned a first-half hat-trick as Norwich’s Kenny McLean fouled Hourihane in the box, leading to a penalty. However, the towering forward saw his penalty saved only to sky it on the rebound.

Solid build-up play saw the Villans nick their third early in the first-half. Captain Jack Grealish played a one-two with El-Ghazi before slotting home. This was followed by a left-footed trademark goal from Conor Hourihane before Douglas Luiz recreated his goal against Bournemouth with a long-range curler.

Norwich boss Daniel Farke was quick to blame the team’s ongoing injury crisis on the defeat, saying: “It’s not easy when everything seems to be against you with all these injuries and several lads on the field who weren’t able to train properly.”

Dean Smith praised his side’s organization, claiming: “Our tactical discipline was really good today. We got our press right and we looked organised behind that.”

The last time Aston Villa scored five goals in a Premier League match was back in 2013. A 6-1 demolition of Sunderland in April saw Christian Benteke, now of Crystal Palace, bag a hat-trick, with goals from Vlaar, Weimann and Agbonlahor completing the win.

The win was also Villa’s first away from home since returning to the top-flight and is sure to boost squad morale and help them kick on to push for a mid-table finish.

Post-match, Aston Villa manager Dean Smith admitted striker Wesley would have to continue to “brush off critics” due to the “big price tag on his shoulders”. Armchair analysts, as well as fans of the Birmingham side, have been quick to criticise club-record signing Wesley Moraes after mixed performances at the start of the season.

The Brazilian, 22, who joined from Belgian outfit Club Brugge over the summer for £22m, was clinical against Norwich, tapping home two goals and celebrating with a Balotelli-like calmness.

The forward has not had it easy either. Having lost his father as a nine-year-old, the Rio de Janeiro local fathered two children as a teenager and supported his family with a job sorting screws in a factory. An unconventional path to the Premier League saw him move to Belgium via Slovakia. But the strong striker could be set to prove critics wrong, scoring four goals in his first eight games in the English top-flight. For a 22-year-old in a totally new setting, this is not to be scoffed at.

Norwich City’s back-line has been commended this season. However, a lack of cohesion and a general naivety saw the Norfolk club concede five against a stuttering Villa side.

Amadou and Godfrey, plus darting full-backs Aarons, Byram and Lewis, have been praised on how they acclimatised to the top-flight; however, their lack of experience is finally coming to the fore.

Defensive errors led to the majority of the goals, whether it be an inability to mark effectively or a lack of quality when passing out from the back. Daniel Farke will need to address this issue immediately or he could see the Canaries plummet down the Premier League table.

This summer, Aston Villa splashed the cash on a host of lesser-known stars from across Europe. One such star was Zimbabwean midfielder Marvelous Nakamba. Many were surprised to see the holding player, who followed Wesley from Club Brugge, sign for the Villans with Douglas Luiz and Conor Hourihane already on the books.

However, club captain Jack Grealish and midfield maestro Hourihane have changed their positions to accommodate the new man. Nakamba has displayed all the signs of a modern deep-lying midfielder, dictating play from the base of the centre of the park and instigating attacks like nobody’s business. He is also accomplished when it comes to putting out fires at the start of opposition counter-attacks.

At around £10.6m, the Zimbabwe star could prove to be Villa’s bargain of the summer. At just 25, could the African make a big-money move in the next few years? Marvelous by name…

With Farke keen to point out the Canaries’ ongoing injury problems post-match, would the addition of those players give them a much-needed boost?

Krul, Trybull, Tettey and Hanley are amongst those on the sidelines and could prove to be welcome additions to the squad upon arrival, with depth in certain areas missing. The German boss will surely relish having more players at his disposal and, for Norwich City, it can’t come soon enough.

Following the international break, Norwich City travel to Bournemouth with hopes of breaking their losing streak. Aston Villa welcome a Brighton side who dealt defeat to Spurs this weekend.