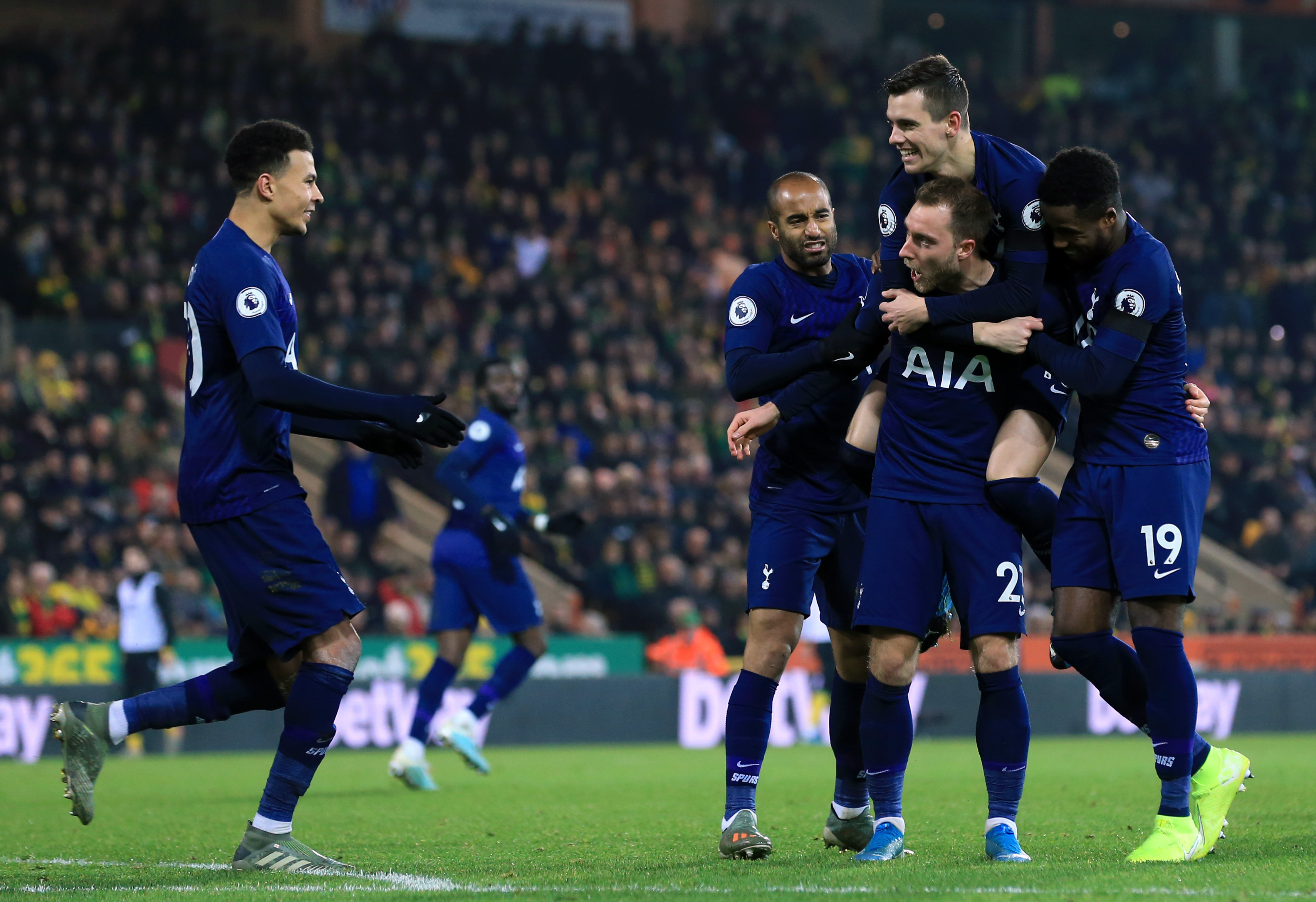 Norwich City earnt a much-needed point in a tough tie with Tottenham Hotspur on Saturday. The Canaries scored with their only two shots on target in what could be a vital step towards climbing off the bottom of the table.

Tottenham’s sloppy play at the back led to an early chance for Norwich midfielder Marco Stiepermann which was parried by Paulo Gazzaniga. However, a similar defensive error saw his midfield partner Mario Vrancic step up to score his first Premier League goal.

Top scorer Teemu Pukki could have made it two when he got on the end of a looping ball but VAR harshly deemed his position offside.

Tottenham’s equaliser came in the form of a trademark Christian Eriksen free-kick. The Dane, who could be set to leave the Lilywhites as early as next month, curled the ball into the top-left corner to draw level.

Some cute play from the Canaries saw Teemu Pukki through on goal again just past the hour mark. The ball became tangled in the Finn’s feet but was bundled into the net by Spurs defender Serge Aurier, with the own goal putting Norwich back in front.

In the game’s latter stages, Spurs star Harry Kane was taken down by Christoph Zimmermann in the box and smashed home the penalty to earn a point for his side.

Norwich City manager Daniel Farke said: “It’s a good result against a top-class club who was in the Champions League final.” He was quick to acknowledge the referee decisions which went against his side in the game, saying: “Again, several decisions didn’t go in our favour. But it’s a good start to the second half of the season. In the second half, we were tired. It was important to show this steel, this resilience and this fighting spirit.”

Farke’s men still sit rock-bottom of the league, three points behind Watford and have a long second half of the season ahead.

“A team with a normal soul would die”

Tottenham Hotspur manager Jose Mourinho said: “We played beautiful football. But we conceded goals which were difficult to digest. We started the game so well with good chances. Sessegnon’s shot was blocked, Dele facing the keeper, over the bar. We conceded a really bad goal and a second really bad goal. We took all the risks we could take in the second half.

After the second (Norwich) goal, a team with a normal soul would die. We didn’t. We kept going. We went up in intensity, quality and creativity in the last third.

Luck on the Canaries’ side

Daniel Farke’s Norwich have faced misfortune in recent weeks. Arguably, the Norfolk side should have beaten fellow strugglers Aston Villa on Boxing Day, instead succumbing to a 1-0 defeat.

The newly-promoted side hadn’t picked up a draw at home since the start of the month and their next two home games, against Crystal Palace and Bournemouth, could define their season and seal their fate.

Norwich boss Daniel Farke was eager to criticise VAR’s influence on the game. Teemu Pukki saw his goal ruled out but it was unclear, even after the decision was made, which part of his body was offside.

Norwich are the third worst-hit club in the Premier League when it comes to decisions overturned by VAR, and the latest intervention from the Premier League’s biggest villain in the 2019/20 campaign is unlikely to have eased the pain that the technology has brought to the North Norfolk outfit so far this season.

Danish winger Christian Eriksen scored an attractive whipped free-kick from the edge of the D to draw things level for Tottenham Hotspur. However, the former Ajax man could be set to leave the club with his contract due to expire in the summer and Spurs looking at cashing in beforehand.

Eriksen has scored 23 goals from outside the box since his Premier League debut – more than any other player in the division as well as a record-breaking eight free-kicks.

England hero Harry Kane scored his second spot-kick of the season, firing past a helpless Tim Krul in the final ten minutes.

It is the forward’s first league penalty scored against a team other than Arsenal since he beat then-Huddersfield stopper Jonas Lossl from the spot in September 2018.

Norwich City are at Carrow Road again next, facing Crystal Palace with hopes of earning at least a point. Tottenham Hotspur travel to St. Mary’s to play Southampton and could break into fifth spot if results go their way.