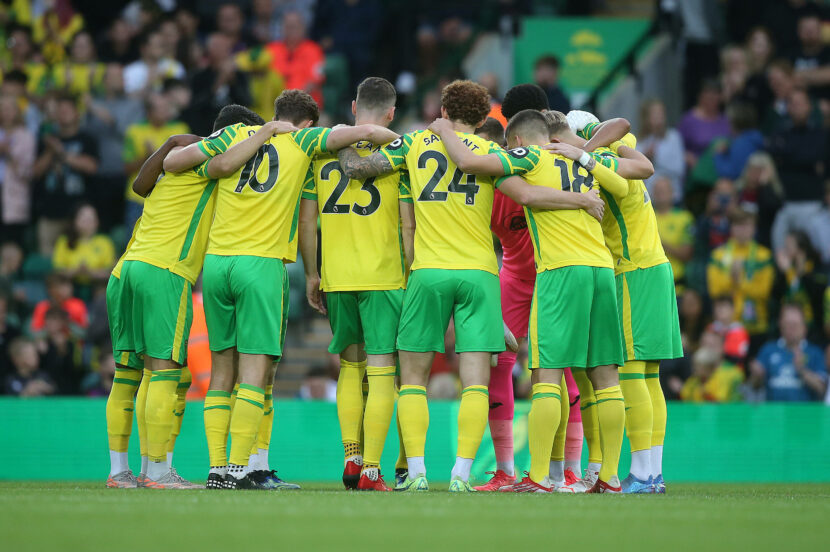 Both Norwich and Leicester will be looking to bounce back from crushing losses when they come face to face at Carrow Road this Saturday.

While Norwich are on a run of two losses, they will go into this game full of courage knowing that, even during their last relegation season, Leicester failed to beat them. Rodgers will have be wary, as a Carrow Road defeat after their loss at the London Stadium could put Leicester in serious trouble at the start of the season.

Norwich have re-entered the Premier League by undergoing a trial by fire: facing Liverpool and then Manchester City in their first two matchdays. While their start might look abysmal, conceding eight and scoring none, there a very few teams in the league who could survive the ordeal of facing both of these sides and come out looking good. Daniel Farke will surely be aware of the inevitable pains caused by this early schedule, and will be looking to wipe the slate clean moving on.

A convincing win over Bournemouth in the League Cup during midweek, scoring six against the Championship side, will have rejuvenated spirits in East Anglia, and Farke must capitalise on a buoyant mood and start to knit together a bit of form.

This will begin on Saturday when the Foxes come to visit. As I mentioned, Norwich were something of an antidote to Leicester when they last faced off in the top tier, drawing 1-1 away and winning 1-0 at home against Brendan Rodgers’ side. A win, or even a draw, against Leicester this time out would help Norwich on the road to recovery. Two results on the bounce would put them in good stead going into the international break, and would make the prospect of facing a weakened Arsenal afterwards that much more exciting.

The Canaries must shrug off their reputation of constant relegations and promotions to and from the Premier League – this game is their chance to start doing so.

An unconvincing win over Wolves on Leicester’s opening weekend was not a blip – it was a warning, and one that was not taken seriously. For the first twenty five minutes, Leicester looked to be in control against the Hammers on Monday night. But then West Ham turned the screw, and by half time the Foxes were 2-0 down and a man down – Ayozé Perez’s off-balance red-card challenge a clear sending off. A brief resurgence to 2-1 was pulled out under their feet by the boots of Michael Antonio, who finished Leicester off with two superb goals in four minutes.

While the early portion of their season has been marred with a host of missing centre backs, Leicester do need to approach this final game before the international break with caution. Norwich are more than capable of overturning them and playing through them – especially with their defensive frailties fully exposed. It is not just their technical weaknesses on show, either: Leicester’s mental resilience seems fragile currently.

Rodgers must execute a quick turn-around from Monday to Saturday, lifting his players back up after a damaging defeat and repairing the leaks in their football. It is a big ask, but if Rodgers wants to challenge for the Champions League again he must get Leicester back to the emphatic form we have seen so often in previous seasons.

Norwich’s injuries are a relatively unknown quantity right now, and we know only that their long term injuries will not play: Sam Bryam and Przemysław Płacheta. Other than that, expect Norwich to continue to utilise their 4-3-2-1 shape, spearheaded by Teemu Pukki.

Leicester remain without Jannik Vestergaard after his training injury suffered before their game against West Ham, so will have to make do with a back two of Caglar Soyuncu and Daniel Amartey. While fullback Timothy Castagne was available for the clash with the hammers, he was not selected – it is expected that he will feature this time around, replacing the injured Ayoze Perez with Ricardo Pereira moving to right wing. Ryan Betrand, recovered from illness, is also likely to return to left back over Luke Thomas.

Both teams will be up for this one, looking to overturn their recent defeats, and at Carrow Road I think they will be evenly matched.