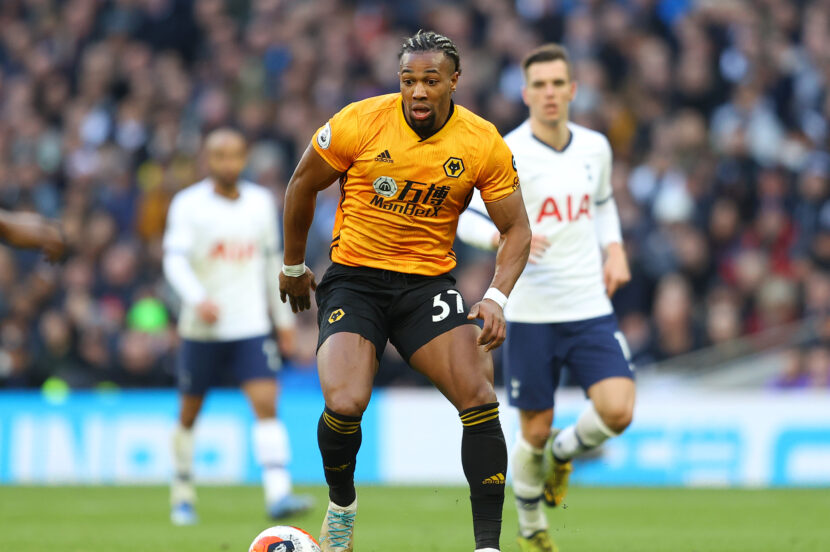 Wolverhampton Wanderers manager Nuno Espirito Santo has revealed that one of his star players this season, Adama Traore, has been struggling with a recurring injury issue.

The Spaniard has had a transformative year at Molineux, flourishing under the Portuguese boss to score four times and assist seven goals in the Premier League alone. It has been a significant increase on his debut campaign with Wolves where he registered one goal and one assist. But alarmingly, his manager opened up on the issue Traore has been facing, whereby he has dislocated his shoulder three times, and offered insight into the potential solutions to the problem.

Speaking of his concern for the player, Santo said: “I’m worried – of course I’m worried – but I’m hopeful he can maintain and stay with us competing without needing any kind of surgery. The situation is difficult. Every time it happens, it’s a very painful moment for him.”

The Wolves boss admitted that eventually surgery could be the only option, adding: “Yes, but that’s what we will try to avoid because there are other solutions before that. There are solutions for this injury before an operation. We’re trying to solve it and trying to control it.”

In the Premier League alone this season Traore, valued at £28.8m (Transfermarkt), has been involved in 11 of Wolves’ 41 top-flight goals, which is just over 26 per cent, as per WhoScored. He has provided a vital contribution to the Champions League chaser’s cause as they attempt to qualify for Europe’s premier club competition for the first time. Currently, the West Midlands outfit are just two points behind Manchester United in fifth, which dependent on Manchester City’s appeal, could become a Champions League qualification spot.

However, without Traore’s influence, that challenge could falter as he provides a unique dynamic to the side. No player combines speed and strength with dribbling prowess quite like the Spaniard, and only Lionel Messi and Neymar have recorded more dribbles per game, 5.4 and 6 respectively, than the Wolves man’s 5.2, as per WhoScored.

His impact at the weekend was telling as he revived a subdued performance from Santo’s side with an injection of enthusiasm to complete five dribbles in 26 minutes against Brighton and Hove Albion. That impact will be sorely missed at a vital period of the season if the winger is forced to undergo surgery in what would mark a significant blow to Nuno with the potential absence of one of his best performers in the 2019/20 campaign.