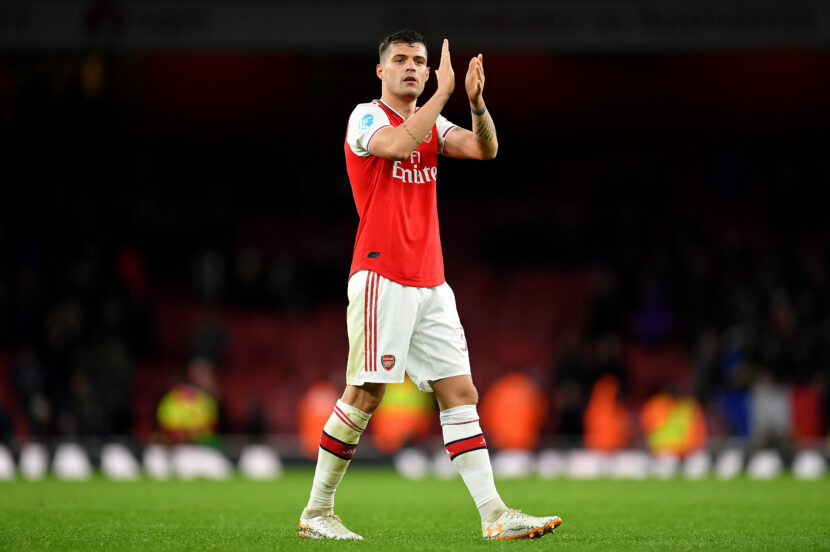 Arsenal overcame a potential Europa League scare on Thursday evening to beat Olympiacos 1-0, courtesy of a late Alexandre Lacazette strike. Though another player who impressed against the Greek opponent was Granit Xhaka, who has undergone a miraculous turnaround in north London, after the spat which saw the Swiss playmaker stripped of the Gunners captaincy and led to rumours he would depart in January.

While the 27-year-old has always been better with the ball at his feet as opposed to winning it back, he did help out his teammates in defence by providing two clearances. Though Xhaka was at his creative best (as per WhoScored) when retaining possession with a 90.9 percent accuracy from his 55 passes, along with proving a team-high three key passes. Sadly for the Swiss international, despite his best efforts, he was unable to provide an assist but had a significant contribution on the dictation of play.

Furthermore, via WhoScored, all of Xhaka’s three long balls were accurate, while a fellow Arsenal player met one of his three crosses. His passing statistics highlight how integral the 27-year-old was to the Gunners’ build-up play, as he consistently attempted to create openings in the opposition defence for his colleagues to exploit.

As per WhoScored, in the forward areas, Xhaka offered Arsenal’s second most significant threat to the opposition, with his one and only shot hitting the target. However, Mikel Arteta’s side struggled to create clear cut openings in forward areas and were fortunate to escape with a win.

Xhaka’s performance wasn’t without its flaws though and the Arsenal man did commit one foul, for which he received a yellow card, along with being dispossessed once and making three unsuccessful touches (via WhoScored). Although on what was a largely underwhelming evening for the visiting side, the Swiss international and former Gunners captain was a shining light in the middle of the park, continually trying to unpick the opposition defence. On this occasion, he did not possess the key, but his stats clearly show that he was one of the visitor’s standout performers.