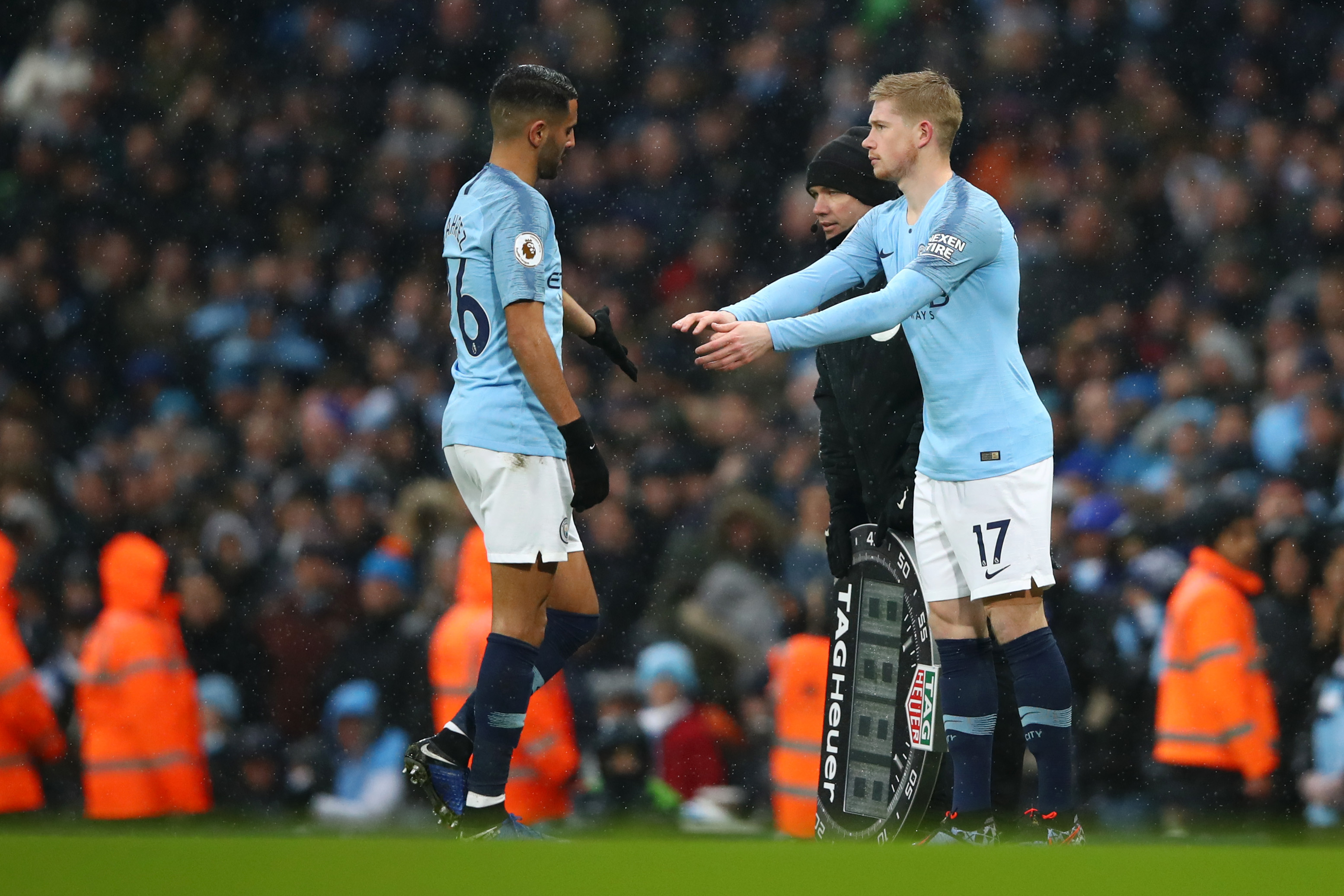 Whoscored.com deemed Riyad Mahrez worthy of a match rating of 9.2, with his teammate Kevin De Bruyne .1 behind him on 9.1. No other player scored an 8 or above which signifies how the double-act shined and got the Citizens back to their best.

Guardiola deployed the two on the right-hand side of his 4-3-3 formation and it worked a delight for City last Saturday evening. The pair were responsible for 61% of their sides shots at goal (14 of 23), alongside being accountable for 52% of the Citizens key passes (11 of 21).

They linked up effectively throughout the 90minutes and with De Bruyne’s vision and understanding of the game alongside Mahrez’s flashes of brilliance and skill are the perfect combination to make defenders lose night’s sleep as they prepare to play the Champions. I’m sure Ben Chilwell got a great night’s sleep after his side’s loss at the Etihad as he was run ragged all evening in Manchester. On multiple occasions, Mahrez hugged the touchline and found significant space on the right-hand side; Kevin De Bruyne loitered around the middle of the park, picked the ball up and picked out Mahrez with precision and speed which resulted in the Algerian running at Chilwell, cutting inside and rifling an attempt at goal – something we saw on multiple occasions when Mahrez was playing in a Leicester shirt too.

As they prepare to visit Molineux on Friday, the first two names on the teamsheet must surely be De Bruyne and Mahrez. The latter struggled in the Citizens defeat to Wolves earlier in the season, yet this defeat came at a time when the Champions were struggling for form and they are now arguably back to their best after exceptional performances vs Arsenal and Leicester.

The Belgian missed out vs Wolves last time out and Mahrez was taken off just before 60 minutes and struggled to get anything going, managing only one shot at goal, one dribble and zero key passes. However, his relationship with De Bruyne could be something which, if allowed, will thrive and Guardiola should certainly use it again come Friday night at Molineux.