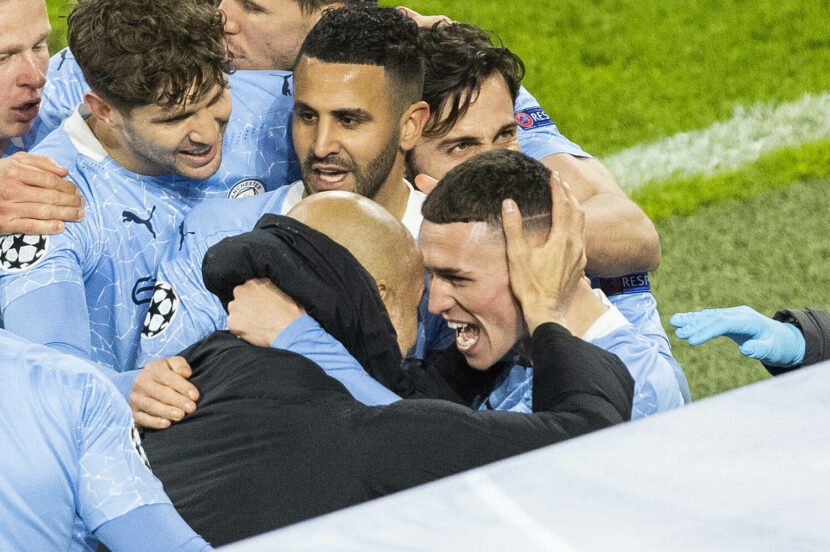 Phil Foden: Pep Guardiola’s prodigy becoming one of the world’s most exciting talents

Phil Foden is 20 years old, a Premier League, League Cup and FA Cup winner, with a startlingly promising future ahead.

The Englishman is quickly becoming one of the most highly anticipated players of this generation and who better to mentor him, than Pep Guardiola.

Foden scored his third Champions League goal of the season against Borussia Dortmund on Wednesday night, as Manchester City advanced to the semi-finals. Foden starred in both legs against Dortmund, scoring in each and proving to be the difference between the two sides.

Foden, at only 20-years-old, has been an integral part of this Manchester City machine that simply doesn’t stop winning. In 14 Premier League starts, Foden has contributed six goals and five assists, scoring 13 in all competitions.

Foden’s incredible rise to footballing success has been fuelled behind the scenes by Guardiola. The Spanish manager has worked with the best of the best in his career, managing Messi and co at Barcelona for four seasons. This was arguably Messi’s best spell at Barcelona, as the pair won 14 major trophies together. A world-class coach, who has previously worked with one of the best players in history, is not a bad influence on a 20-year-old starlet from Stockport.

Guardiola seems to have taken Foden under his wing at Manchester City. The Citizen’s immense squad depth poses a danger to young players grappling for game time, but the fact Foden is often in the starting XI shows the faith Guardiola has in his ability. The size of the squad might seem overwhelming at first, but at such a young age, being surrounded by the likes of Sergio Aguero, Kevin De Bruyne and Vincent Kompany (before he retired) will only improve Foden on and off the pitch.

Foden’s success is not only limited to his club, as he has shone on the international stage already. In the six caps he has made for The Three Lions, Foden has two goals and two assists already in his career. In fact, many are arguing that Southgate should be starting the youngster, after the scintillating season he is having.

Versatility is a huge part of a modern-day footballer’s skillset – and Foden has it all; he’s strong on both feet, twinkling dribbling, strong on the ball, a stunning first touch and a footballing intelligence which sets him apart from the rest. This season has only advertised the skillset and exciting future this youngster has. The fact he could feature in three finals by the end of the season speaks volumes of his ability and shows his boundaries are limitless, for club and country.