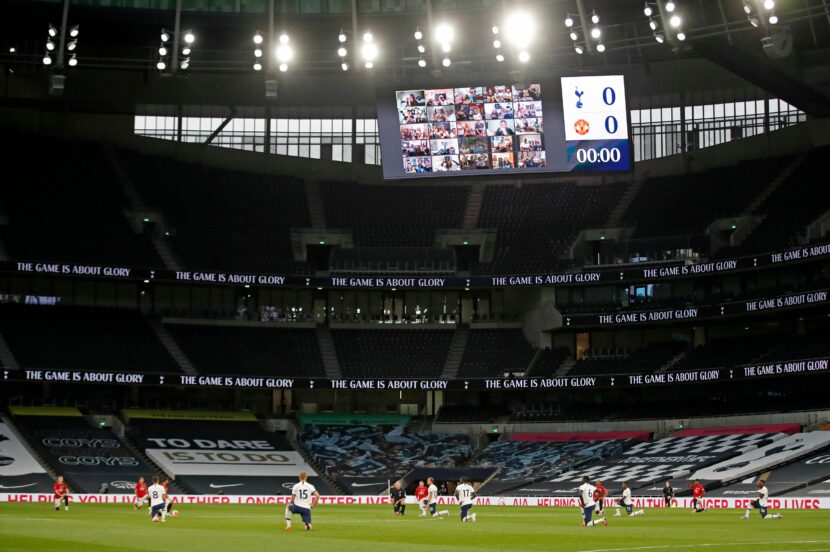 With Project Restart underway, some of the 2019-20 Premier League season’s storylines – both at the team and individual level – are beginning to come back into focus.

At the same time, it can be easy for some of the storylines that were clandestine to many fans pass by without notice: the players who were on a good run of form; managers who were beginning to turn fortunes around, or those who found themselves under the cosh before COVID-19 paused all football activities. All data referenced is from StatsBomb and can be viewed on Football Reference here.

Nearly four years have passed since Everton purchased a 19-year-old Calvert-Lewin from Sheffield United for just under £2 million, and it looks like the return on investment is beginning to flourish. Despite the Toffees’ investment in Italian youngster Moise Kean last summer, Calvert-Lewin has asserted himself as Everton’s leading goalscorer and a starting place up top in Carlo Ancelotti’s 4-4-2 alongside Richarlison.

Before the break, DCL scored 13 goals, a new career-high and a significant improvement on the six goals he scored in 2018-19. Back when Euro 2020 was scheduled for this summer, the 23-year-old’s name was being mentioned as a potential selection for Gareth Southgate with forwards Harry Kane and Marcus Rashford as injury doubts.

Taking a look at his advanced statistics, DCL currently scores with a 21% conversion rate on 2.97 shots per 90 minutes, showing he has been an above-average finisher and forward who is a main focal point in the attack. More impressively, Calvert-Lewin ranks third in non-penalty expected goals (npxG) per 90 minutes (0.58), behind Manchester City forwards Gabriel Jesus (0.83) and Sergio Agüero (0.71). This is a statistic that measures, in a 90-minute timeframe, how many goals any individual player is expected to score based on a shot’s quality and the positioning of the defenders and goalkeeper. A more detailed explanation of expected goals (xG) can be read here.

Not only does DCL provide an efficiency edge, but he also provides an aerial threat standing at 6 feet, 2 inches. Among players that have played at least 1,350 minutes, the equivalent of 15 full matches, Calvert-Lewin ranks 4th in aerial duels won per 90 minutes (5.94). This asset can be put to use through the dead-ball skills of Gylfi Sigurdsson, Lucas Digne, and Bernard.

Now that manager Carlo Ancelotti has had more time to mould the Everton squad in his image during the lockdown, Calvert-Lewin will hopefully play more in line with the way the three-time Champions League winner wants him as his target man. There is evidence to suggest the Italian has rubbed off on him already: in the 11 matches under Ancelotti, DCL has scored eight times, whereas, under Marco Silva and interim manager Duncan Ferguson, he scored just five times in 18 matches.

DCL can be a spark in these last nine games to move Everton up the table and finish the season strong, but a rough fixture list that begins with soon-to-be champions Liverpool and other strong sides like Leicester, Tottenham, Wolves, and Sheffield United could just as easily put a halt to his momentum.

To say that Watford have had a rocky season would be an understatement. Winless through the first 11 league matches; bottom of the league in the first 16 of 18 weeks; and three separate managers in a span of four months. In early December, Nigel Pearson began his mission to save the Hertfordshire outfit from playing in the Championship for the first time since the 2014-15 campaign.

In his 13 games in charge, Pearson’s Watford have earned 18 out of a possible 39 points, with wins over Manchester United, Aston Villa, Wolves, Bournemouth, and Liverpool, scoring 1.4 goals per game while allowing 1.1 goals per game. This is a massive improvement on the previous 16 games under Javi Gracia and Quique Sánchez Flores, where Watford earned just nine points. During that stretch, they scored a paltry 0.6 goals per game and allowed 1.7 goals per game. This suggests, so far, Pearson has markedly improved Watford on both sides of the ball. Captain Troy Deeney (six goals) and Ismaila Sarr (four goals) have been the main producers on the ball with him at the helm, with goalkeeper Ben Foster earning four clean sheets in a six-game stretch.

Watford’s fixture list includes tough games against Manchester City, Leicester, Chelsea, and Arsenal. It also includes must-wins against fellow relegation-battle clubs Norwich City and West Ham. If what Pearson has accomplished so far with little time is any indication for what will happen these next few weeks, the time in training ahead of their first match on Saturday will be of immense value so they can improve and prepare for their own survival in England’s top flight.

It was only 18 months ago when José Mourinho and Mikel Arteta sat on opposite benches at Manchester derbies. Now, they find themselves on opposite sides in north London and will do so for the first time on July 11. Before the break, Spurs were in poor form and saw their squad littered with injuries to Harry Kane, Son Heung-min, Ben Davies, and Moussa Sissoko. They begin Project Restart in 8th place, just four points behind Manchester United, who potentially hold the last Champions League slot, pending a ruling in Manchester City’s appeal against their two-year Champions League ban imposed by UEFA earlier this year.

Fans should not allow the misery that cloaked Mourinho’s final season at Chelsea and his tenure at Manchester United to dismiss his ability to coach a talented squad onto a run of good form and turn it into a strong finish given his previous accomplishments. Tottenham’s remaining opponents average 10th in the league table, meaning Mourinho’s men will have a fixture list that is moderate in difficulty and one that presents an opportunity for them to flex their strengths with key men Kane and Son back in the lineup.

Meanwhile, Arsenal received a rude awakening in their match against Manchester City, convincingly losing 3-0 to the reigning champions. David Luiz was directly responsible for two of the goals they conceded and the Gunners registered just three total shots with none on target (City had 20 shots and 12 on target). To make matters worse, the match also saw a season-ending injury to defender Pablo Marí and one that forced midfielder Granit Xhaka off early in the first half. Before then, Arsenal had a fully fit squad and a tactically astute manager who had been given more time than ever to train and discipline his players in a pre-season-like environment.

These were legitimate reasons for supporters to be cautiously optimistic, but the performance at the Etihad should give supporters a sudden pause. Arsenal fans may have to wait until the transfer window to feel glimmers of hope, which will present Arteta and club officials the opportunity to bring in necessary reinforcements in central defence and central midfield. More headaches could be ahead with the club’s extension talks with Pierre-Emerick Aubameyang, Bukayo Saka, and Alexandre Lacazette potentially causing an inflection point with their careers at the Emirates.

The former assistant to Pep Guardiola should by no means be expected to secure European football with the squad clearly needing lots of work; however, it’s not entirely out of reach, as they sit just four points behind Sheffield United in the Europa League slot. Their opponents average 12th in the table, including fixtures against Liverpool, Wolves, Leicester, and Spurs. Any end result that adds one more competition to next season’s schedule or even an FA Cup trophy would be a great achievement for the novice Spaniard. If that’s not achievable, at least Arteta can begin to lay more solid groundwork for next season. As talented as manager Arteta could turn out to be, even football’s brightest minds need time and patience in return from their respective clubs before projects begin to materialize.