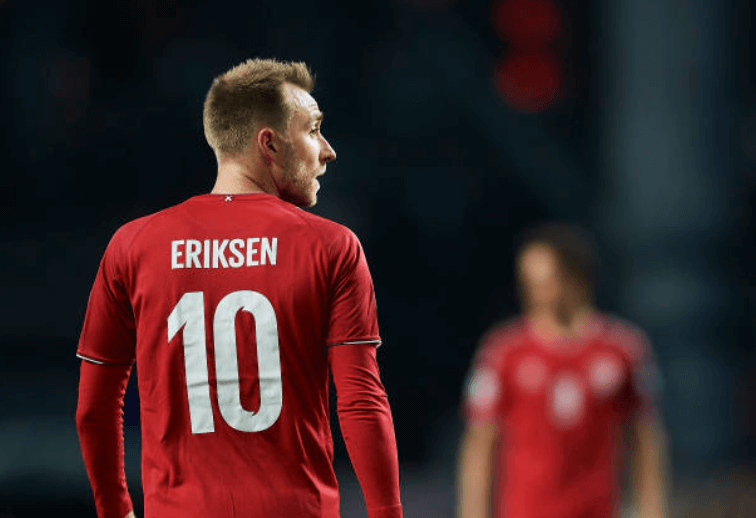 Real Madrid set to make a move for Tottenham midfielder

After Real Madrid confirmed the arrival of Eden Hazard on Friday for a fee of around £88m rising to £130m with add-ons, their summer shopping list certainly doesn’t stop there.

The Independent have reported that the Galacticos are now favouring a move for Tottenham’s Christian Eriksen which is believed to be favoured over a move for Paul Pogba as Madrid feel this would be the easier move to complete.

The Dane’s admission that he is willing to leave the club this summer would have alarmed all concerned with Tottenham Hotspur and the reported interest from the LaLiga giants will not be happy reading for Spurs fans.

Daniel Levy is set to demand a £100m fee for the playmaker though if he is to depart North London; yet as we have seen already this summer, Madrid and cash are two things which go hand in hand. Zinedine Zidane’s side, who struggled for much of last season, have already splashed out over £200m to secure the services of Hazard, Luka Jovic, Eder Militao and Rodrygo as they look to win the title for the first time since the 2016/17 campaign.

Zinedine Zidane has made it clear his intentions to lure Paul Pogba to the Bernabeu this summer though yet following Eriksen’s statement of intent, the dynamic of Real Madrid’s position has somewhat changed.

Pogba has made no clear intention that he wants to leave Old Trafford this summer and would likely be the more expensive option considering the Dane only has a year remaining on his contract at the new White Hart Lane.

In order to secure the creative midfielder, Madrid would have to certainly see some departures and two that are on the departure list are Gareth Bale and James Rodriguez. Reports have suggested that the former could be offered in a swap deal with Manchester United – nonetheless, with the Welsh international joining Madrid from Tottenham, this could also be an option for the North London club too.

According to reports in SPORT, Real Madrid are concerned at the asking price for their target and they know the difficulties in negotiating with the Spurs chairman as we have seen before with Luka Modric and the previously mentioned Bale.

Whether Eriksen will depart this summer, following his clear intentions to leave the club, the door is open for Zidane and Madrid, and a move could very much be on the cards in the following few months.