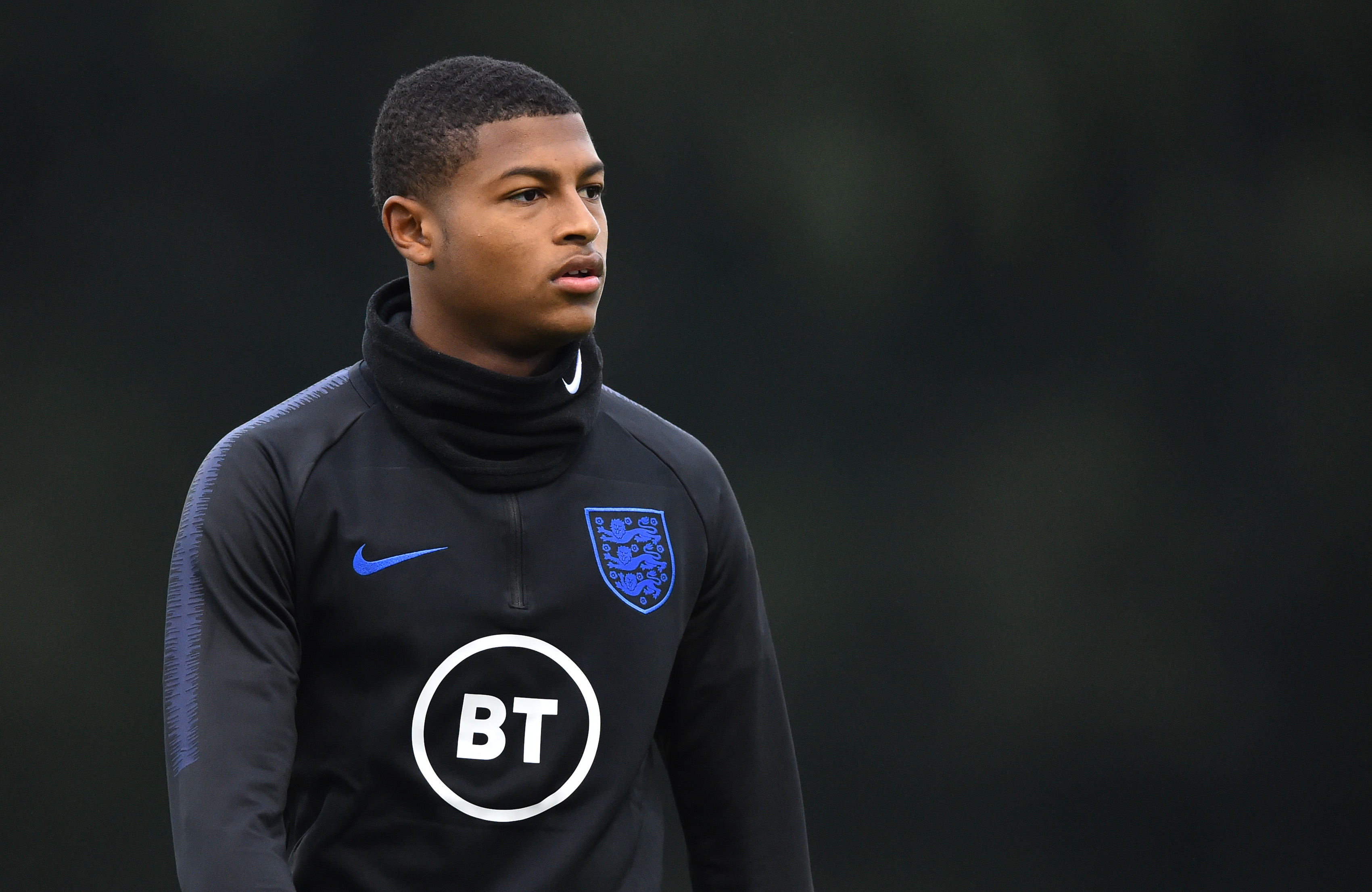 Aston Villa, Leeds United, Crystal Palace and Swansea City are interested in signing Liverpool teenager Rhian Brewster on loan in January, according to reports in the Daily Star.

Brewster, 19, has been at Anfield since 2015 following a move from Chelsea’s academy after his father believed he had a better chance of breaking into Liverpool’s first team.

Though that has currently not worked out as planned, the 2017 FIFA Under-17 World Cup winner is yet to make a Premier League appearance. His potential is unquestionable, but with a Premier League title in Liverpool’s sights, there is limited game time available and a move elsewhere may boost his confidence.

Meanwhile, both Crystal Palace and Aston Villa have struggled for goals, while Swansea and Leeds are pushing for promotion.

The striker first rose to prominence by securing the Golden Boot at the 2017 FIFA Under-17 World Cup which was won by England, as well as being an integral part of the side that made it to the UEFA European Under-17 Championship final.

Prior to this, he had impressed for Liverpool’s Under 23 side by scoring on his debut against Ipswich Town. Brewster was later called up to the first-team by Jurgen Klopp.

The teenager was selected for a friendly against Accrington Stanley in 2016 where he scored a hat-trick and was an unused substitute against Crystal Palace in the Premier League the following year.

In January 2018 Brewster sustained an ankle injury during an Under-23 match with Manchester City, which he later had to undergo two surgeries for. Upon his return Liverpool cancelled a friendly with Borussia Monchengladbach after it was alleged they had tapped him up.

During the summer of 2018, the striker signed a five-year professional contract with Liverpool to keep him at the club until 2023. He once again got close to making his first appearance for the club when he was named in the matchday squad for Liverpool’s trip to Barcelona in the Champions League semi-final. Still, he was an unused substitute as his side overturned a 3-0 deficit. Despite never playing a game he was once more named in the squad for the Champions League final win over Tottenham Hotspur.

His competitive debut for Liverpool was finally made in September this year when he started an EFL Cup match against MK Dons. His second appearance in the competition came as a substitute in the 5-5 draw against Arsenal.

Brewster’s ability at senior level in the Premier League is almost completely unknown, however, his displays for the under-23’s of both Liverpool and England youth sides have earned him high praise. Though due to his lack of appearances in Liverpool’s league campaign and just the singular start in the Carabao Cup, it can only be assumed that Jurgen Klopp has not yet seen enough to try Brewster ahead of Divock Origi.

Clubs who are currently struggling for regular goalscorers might be tempted to take a punt on the teenager in order to ensure survival in the top flight. However, being plunged into a relegation battle to start his senior career may not be the best grounding and in form Chelsea forward Tammy Abraham’s woeful loan spell with Swansea shows how a talented striker can struggle to make an impact without service.

If Brewster is to leave on loan as the Daily Star suggests, Leeds United or Swansea City of the Championship may be a safer bet as opposed to Premier League club sides gambling on his goals for survival. A drop down the divisions with slightly less media attention and lesser opposition may be precisely what the striker needs to kick start his Premier League career.