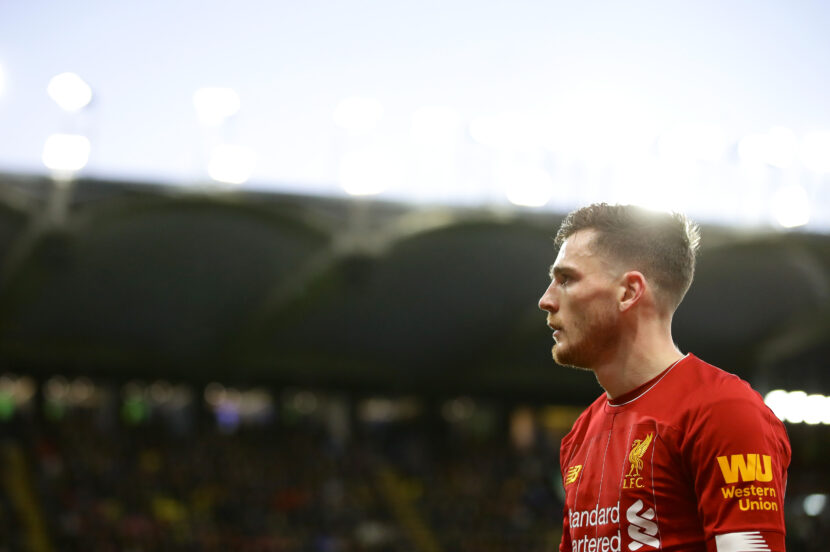 The Premier League season may have come to an abrupt halt due to the Covid-19 pandemic, but there is little doubt as to who should lift the league title if and when it resumes. Liverpool have been the runaway leaders, and when the season was stopped Jurgen Klopp’s Reds held a 25-point lead at the top of the table. Andy Robertson has been involved in all but one of those matches. Yet, six-time Premier League title winner Rio Ferdinand has claimed the European champions left back could not stand up to one of his former Manchester United teammates.

When comparing Patrice Evra and Robertson, Ferdinand said: “I’ve got to go with Evra, Evra is a better player. He’s quicker, stronger. In between the boxes, Evra is better as well, can play and move, gets in behind people.”

“He didn’t have as many assists as someone like Robertson, but he scored more. He was a better one versus one defender, but Robertson is top drawer, don’t get me wrong,” added the 81 cap England international.

Two of the best

Since joining Liverpool from Hull City, Roberston, valued at £72m (Transfermarkt), has gone about transforming himself into one of the best left-sided defenders in the Premier League, with some help from manager Klopp. He has played almost precisely half of Evra’s 278 appearances in the division, with the Scot featuring in the top-flight on 143 occasions. Still, the 27-year-old is fast approaching some of the Frenchman’s Premier League statistics. Ferdinand is right, and the Liverpool man has already eclipsed Evra’s 21 assists, having registered 27, proving that Robertson is the more creative of the pair.

However, with regard to their defending, Ferdinand correctly predicted Evra would come out on top. Robertson has kept a clean sheet in every 3.3 of his Premier League appearances, while Evra helped to shut the opposition out in once every 2.8 games, meaning the defenders have been involved in clean sheets in 30 and 35 per cent of matches respectively. The Frenchman also eclipses Liverpool’s left-back with his tackle success rate, an incredible 74 per cent, while Robertson boasts a respectable 64 per cent.

The two left backs have operated in slightly different roles, Robertson is more of a playmaker, with seven assists this season alone, while Evra was tasked with a predominantly defensive role. There is little to separate the pair, but Ferdinand has made it clear he would rather have Evra lining up alongside him.