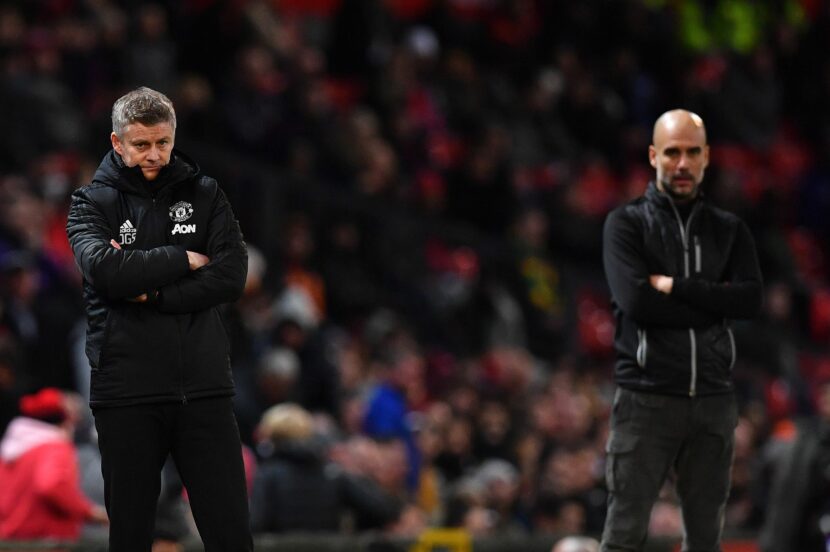 Manchester City visit Old Trafford this Sunday as Pep Guardiola’s side attempt to avenge their 2-1 defeat to their bitter rivals in their previous Premier League meeting this season.

With a win, Pep Guardiola’s side could leave the red half of Manchester exposed to the other teams in the race for the Champions League places, as at present it appears the Red Devils will take the Citizens’ position due to their two-year ban from the competition handed to them by UEFA. Before the meeting between the two sides, former Manchester United player Rio Ferdinand made a controversial prediction regarding who will emerge victorious on Sunday.

After beating Derby in the FA Cup, Ferdinand was told by BT Sport host Jake Humphrey: “Unbeaten in nine, it has to end at some point.”

The former Manchester United player replied: “I don’t see that happening. I think Manchester United are in a good vein of form, I think Ole’s been looking for this consistency, and they’re in that good run at the moment, which is fantastic to see.”

Someone’s form has to suffer

Both sides head into the clash in excellent form and Manchester City, in particular, will be buoyed by their Carabao Cup final victory over Aston Villa at the weekend. The Sky Blues have now won their last five games in all competitions, which has included victories over Leicester City and Real Madrid. However, the Premier League’s lead assist provider Kevin De Bruyne (16) could be set to miss the tie due to a shoulder injury he sustained during the Carabao Cup final. It is touch and go as to whether he will start, but City have an incredibly deep squad and should not struggle to source a replacement for their primary provider.

Meanwhile, Manchester United have been quietly putting together an excellent run which has seen them reclaim the fifth place in the Premier League. As mentioned after the FA Cup clash, the Red Devils are now without defeat in their last nine encounters in all competitions. Still, Ole Gunnar Solskjaer’s side remain under pressure from Wolverhampton Wanderers in the Premier League who they are above on goal difference alone.

Both clubs have been putting together a series of excellent results, but one team’s streak will have to suffer when they meet on Sunday. If Ferdinand’s prediction was to come true and Solsjkaer’s side prevailed against their city rivals, it would only bode well for the 13-time Premier League Champions in their bid to progress to a new level of competitiveness ahead of the 2020/21 campaign under the Norwegian.