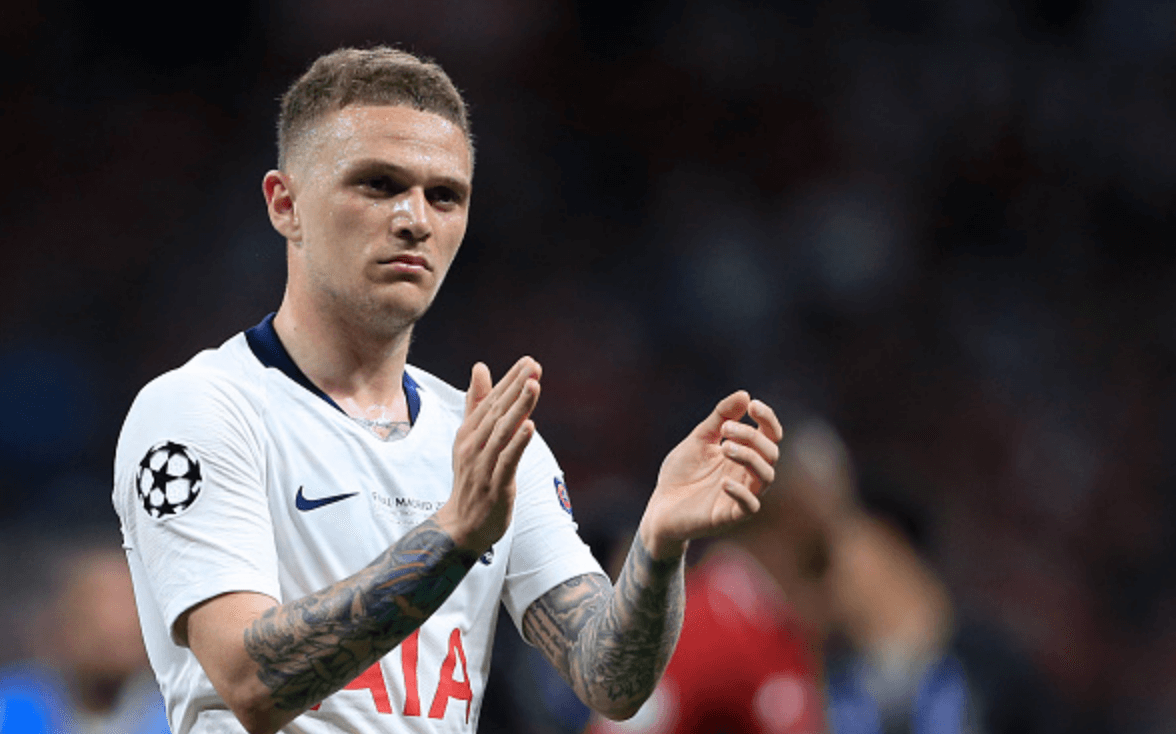 Sarri and Juventus set to move for £35m Spurs ace

With the expected appointment of Maurizio Sarri looming at Juventus, the Italian is set to make a move for Tottenham’s Kieran Trippier in a £35m deal, according to reports from the Daily Star.

The Englishman started 25 league game for Spurs, registering five assists, but the sensational form of fellow right-backs Trent Alexander-Arnold and Kyle Walker at Liverpool and Manchester City respectively has seen the defender dropped from Gareth Southgate’s squad for the Nations League finals later this month.

In an interview after Spurs’ defeat in the Champions League final, Trippier admitted he has not been satisfied with his performances for Pochettino’s side, and there has been mounting speculation that the right-back could depart North London.

As rumours gather pace of Maurizio Sarri’s impending appointment at Juventus, the current Chelsea boss is said to be interested in Trippier, and a £35m move could represent the Italian’s first signing with the Serie A Champions.

Trippier’s priority in the upcoming campaign will be first-team minutes as he bids to force his way back into contention for selection with England, and as fellow England international Jadon Sancho has proven since arriving in Germany with Borrusia Dortmund, there are opportunities aside from the Premier League for players to excel and earn international acclaim.

The emergence of Spurs right-back Kyle Walker-Peters may make any potential sanctioning of the transfer an easier decision for Daniel Levy and Pochettino, but with the Spurs chairman holding a reputation as a notoriously determined negotiator, Juventus and Sarri may have to increase their offer of £35m to land the Spurs ace.