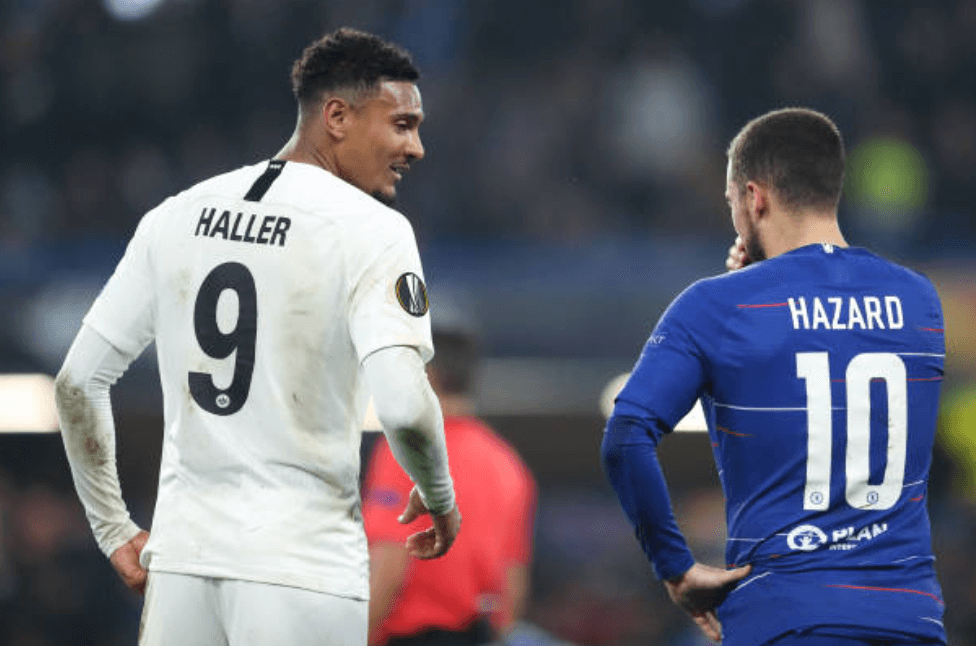 This transfer window is slowly becoming the summer of West Ham United. As their once-most expensive signing Marko Arnautović trudges out of the doors of the London Stadium, following a trail of pennies all the way to Shanghai, his replacement comes barrelling the other way through a fanfare of bubbles – an astute replacement with a far better attitude.

Following on from the shrewd acquisition of 23-year-old Spanish talisman Pablo Fornals earlier in the window, the Irons have produced a one-two punch of scouting prowess by securing the signature of Sébastien Haller for £45 million on a 5-year-deal; a signing that could prove to be the coup of the season – and seasons to come – which will have rival Premier League clubs scratching their heads as to why his name flew under their radar.

In an extraordinary season for Eintracht Frankfurt which saw The Eagles finish 7th in the Bundesliga and reach the semi-finals of the Europa League, Haller was a crucial cog in the Frankfurt machine, scoring 20 goals and notching 12 assists over 41 games in a campaign which saw the 25-year-old average a goal or assist in the Bundesliga every 91 minutes. This is more prolific than the likes of Robert Lewandowski and Haller’s free-scoring former teammate Luka Jović and a consistent form that the striker has replicated for the last five seasons, tallying 84 goals in the process.

The uncapped Frenchman excelled in Adi Hütter’s 3-4-1-2 formation, using his unwavering work rate to either convert through balls and crosses from the likes of Ante Rebić or to be an outlet for the domineering midfield to feed to so that Haller can link up with the clinical Jović via smart lay-offs and drag-backs. The proof is in the statistics pudding when showing the clinicity of the striker’s unselfish nature and assisting traits, with 14 of Jović’s 17 Bundesliga goals last season coming from the fifteen games he played alongside Sébastien Haller.

As well as possessing an incisive knack for creating link-up play, the former FC Utrecht star is a complete forward and can be a formidable lone striking option. With the lethal combination of his six foot three inch stature, agility and precise positioning allowed Haller to win 201 aerial duels in the 2018-19 Bundesliga season – the most in the league and 59 more than the second highest player and making him a clinical threat in the air as well as an advantageous striking partner.

Haller’s 62% shot accuracy last season also showcases how dangerous he is in front of goal and how he can be relied on as the primary attacking outlet – a trait that suits Manuel Pellegrini’s West Ham to a tee.

The Hammers often lined up in a lineal 4-1-4-1 formation last season, with the now departed Arnautović usually leading the line and acting as the gatekeeper for most of West Ham’s attacks. With Pellegrini often favouring a lone striker who can cope with his attacking and fluid style of play throughout his career; Sébastien Haller is the perfect mould for the Irons’ Pellegrini era and works as a more well-rounded improvement on the cantankerous Austrian that occupied that position last season – and an improvement that is five years his junior.

Whilst excelling in similar attributes to that of Arnautović, Haller’s brings West Ham a superior work rate as well as a larger physical presence in attack, perfectly suited to latching onto the skillfull crossing of Felipe Anderson or being an intimidating option for the likes of Michail Antonio to drill the ball to – with the Englishman regularly carrying the ball into deep areas.

The introduction of Sébastien Haller may also be fruitful for the likes of Manuel Lanzini and Andriy Yarmolenko, who both missed large parts of the 2018/19 campaign. With both players, particularly Yarmolenko on the wing, Haller is extremely adept at making supporting runs which allows the Frenchman to flourish as a playmaker by engineering through balls and key passes in the same vein as he did for Luka Jović and Filip Kostić in Germany.

Additionally, Haller also brings an aptitude to stay onside and wait for a ball to be played before bursting with pace, something Arnautović stuttered with at times last season. You may have had to Google him when the signing was announced, but the name of Sébastien Haller will be etched into your memory by the end of the season.

So whilst the likes of the inexorable ‘top six’ clubs throw money at recognisable faces and engage in £80 million tug-of-wars with one another, keep an eye on West Ham United; a team that is subtly building a proficient footballing side that threatens to break in to the exclusive and unchanging ‘top six’ clique.