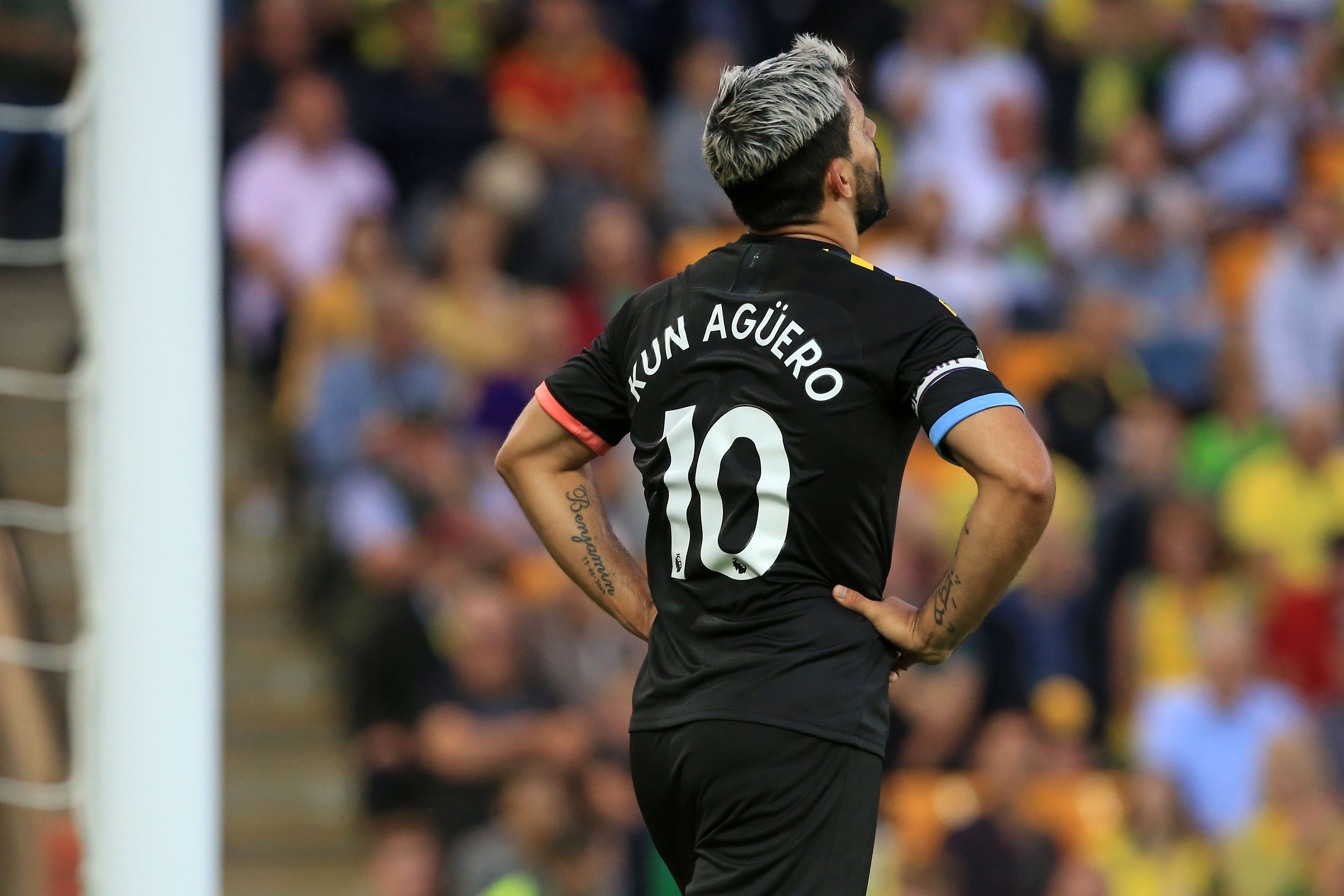 Sergio Agüero: the Argentine continuing to deliver at the Etihad

There are few definitive facts of nature. The Earth is round (allegedly), the Sun is hot, Sergio Agüero is a clinical goalscorer, water is wet.

When the short-statured, baby-faced Argentine forward was brought to the Etihad Stadium for £35 million at the start of Manchester City’s title-winning 2011-12 campaign, who could have possibly predicted the outstanding form Agüero has kept up over his years in England and his impact on English football as a whole.

“It’s finished at Sunderland, Manchester United have done all they can …. Manchester City are still alive here. Balotelli… AGÜEROOOOOOOOO! I swear you’ll never see anything like this ever again.” – Martin Tyler, 13th May 2012.

Now, in his ninth consecutive Premier League season, the 31-year-old is continuing to perform at a remarkably-prolific rate with seven goals and an assist to boot in only five games – even if his team haven’t been quite as remarkable at the other end of the pitch so far. But even in his thirties, is Sergio Agüero still adapting as a footballer and how is he still firing on all cylinders after so many years at the top?

As a striker now arguably past his extraordinarily high peak and in the twilight of his time at Manchester City, Pep Guardiola moulds his teams to play to Agüero’s strengths – as the main goalscoring output of the team. Playing almost exclusively as the sole-striker – as opposed to his secondary striker role playing off Diego Forlan at Atletico Madrid – the nifty attacker usually sits either in the middle of a three-pronged attack in a 4-3-3; receiving increased crosses from Raheem Sterling and either Riyad Mahrez or Bernardo Silva on the other flank.

Alternatively, as seen at City’s dismal visit to Norwich, Agüero can also spearhead a 4-2-3-1 where the main reliance is on the supply of Kevin De Bruyne and the close-knit passing of the attacking midfield trifecta in the central channels – although wing play is also prominent as these styles are mutually exclusive as City’s overlapping full-backs regularly provide a threat on the wings.

These layouts play to the former Independiente man’s standout traits as he consistently stays central and sits very deep as he waits on the cusp of the covering opposition centre-backs. As the likes of Rodrigo, David Silva and De Bruyne embody Pep’s high-tempo passing play to carry the ball up the pitch, opposition defenders will instinctively form a strong defensive line to prevent being ripped apart by City’s lethal passing triangles and overlaps; creating fairly significant lineal pockets of space in-between the pressing midfielders and the defenders for the Argentine to move around in and stay onside.

Agüero will start runs from this no-man’s-land towards the box and then instinctively tail his run towards the centre of the box to receive the ball; a movement the nimble striker has made routine and one he used to ghost away from Alexander Tettey to nod home a consolation goal at Carrow Road.

This signature tailing run of the five-time Premier League winner regularly eludes defenders that are tracking back and is a figurative stamp of brilliance from one of the most intelligent strikers in the history of the Premier League, with this stamp also cropping up in City’s dominating performance over Brighton as Agüero slows as he gets into the centre of the box before picking the ball up and blasting the ball with force into the stanchion – glossing over his stupendous second goal created through Sergio’s quick instinct to set himself with his first touch and stroke home from outside of the box with his second. Vastly impressive, but the kind of sparks of ingenuity we expect to see from a player of his calibre.

The one-time Premier League Golden Boot winner also has a tendency to base himself in the centre of the box and wait for the ball to be supplied to him, a further sentiment of how Agüero is seen as the central cog in the defending champions’ attacking machine. This is epitomised in his goal against Bournemouth, with the veteran striker utilising his pace and acceleration – an attribute he has had to rely on less in Guardiola’s set-up and as he gets older – to bolt into the box before holding at the penalty spot in anticipation of the ever-present Silva’s assisting pass from the wing; finishing in a similar style for his second but also exhibiting his robust and rapid footwork to set that goal up.

This performance was in a similar vein to Agüero’s goal on the opening day against Tottenham, as the all-out forward darted towards the near post from his central, based position to elude the crowded box and stroke home. “Vintage Sergio Agüero” the pundits were branding the goal, and that’s just what it was.

This sublime start-of-season form by Sergio also has it’s hindrances, particularly in delaying the passing of the guard of Man City’s premier striking option to the clinical and youthful Gabriel Jesus. But as Agüero starts to slowly close the light-blue cover on his Manchester City book, is Jesus a like-for-like replacement?

In terms of stature and physicality then yes, both embody the small and stocky figure that their predecessor Carlos Tevez also had. In terms of playing styles, Jesus plays much less central than the stalwart, central positioning of Agüero – even being deployed as a de facto right-winger by Tite in the Brazil squad. This makes Jesus more adept at driving into the box at an angle as well as cultivating his role as a playmaker too; showing his winger capabilities by beating his man in the Copa América final against Peru and delivering a pinpoint cross for Everton to convert.

This increasingly active role for the Brazilian can certainly create a more domineering presence for City in the final third, although Sergio Agüero provides astronomical boots to fill as an inimitable calibre of finisher and seems to be improving his classy goalscoring ability like a fine wine from Argentina.

Injury permitting, Sergio Agüero could be set to notch another spotless goalscoring season in a sky blue shirt – even with Gabriel Jesus breathing down his neck like an eager pit bull waiting for him to slip up. Water may be wet but, at the moment, Sergio Agüero is red hot.