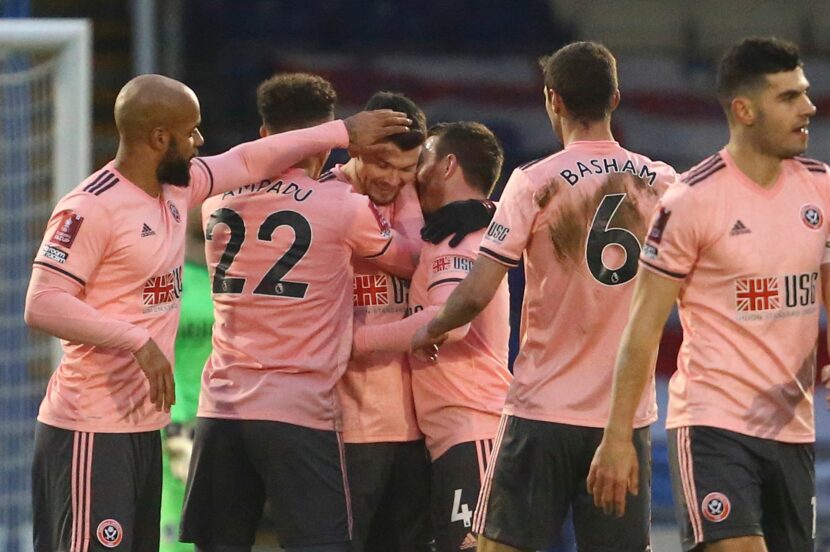 Steve Bruce’s Magpies take on the Blades who have just two points from a possible 51 so far this season.

Last time out in the league  Sheffield United once again tasted defeat, as Crystal Palace won 2-0 in South London. Goals from Jeffrey Schlupp and Eberechi Eze sealed the win for the Eagles, as the Blades remained rock bottom with pressure beginning to build on Chris Wilder. Newcastle also fell short last time out as the Foxes beat them 2-1 at St James’ Park. James Maddison and Youri Tielemans scored the goals for Leicester, whilst Andy Carroll scored a late consolation for the Magpies.

It’s a pivotal part of the campaign and Newcastle United are on 19 points and almost halfway to safety. The Magpies are eight points from relegation but have shown worrying signs recently – scoring one goal in open play in the last six games. Exit from the FA Cup adds pressure on Steve Bruce, meaning this clash is a must-win for the Magpies.

Sheffield United are set to break records this season – but not good ones. Following promotion from the Championship, the Blades finished in ninth last season, but find themselves on course for the worst Premier League campaign ever.

The current unwanted record is held by Derby County, who managed just 11 points in the 2007-08 season. Derby lost 29 of the 38 games, winning just one game all season. Worryingly, the Blades are yet to win, and their points are accumulated from just two draws.  Survival in the Premier League is already looking like an impossible mission for Sheffield United, but none of their players will want to be part of the worst team and still have a lot to play for.

Interestingly, Derby County’s only win in the 2007/08 season came against Newcastle and could similarly become the Blades’ first win of the season this weekend. Last season, this fixture played out to be a 2-0 win for Bruce’s side, so Bramall Lane isn’t unfamiliar territory for the Magpies.

Things don’t get much better for the Blades as they face Tottenham (H), Manchester United (A) and Manchester City (A) after this week’s clash against Newcastle. The next three games are some of the toughest in the league, so getting points against the Magpies becomes all the more important.

Sheffield United did notch their first win of the season in the FA Cup, beating Bristol Rovers 3-2. Goals from Oliver Burke and Jayden Bogle helped the Blades through to the next round and showed glimpses of what they are capable of. This win has come at the perfect time for Sheffield United and will be huge boost to the players, who must have forgotten what it’s like to be on the winning side.

Wilder continues to have some defensive issues with several injuries. George Baldock, Enda Stevens and Jack Robinson are all doubts after picking up knocks last time out. In the middle of the park, Sander Berge is the only absentee and will remain side-lined until late March with a hamstring injury.

Up top, Oliver McBurnie is also a doubt after missing the last two games through injury. In his place, Rhian Brewster who singed from Liverpool could make a start, as he is yet to score his first goal for the Blades.

Steve Bruce will be without winger Allan Saint-Maximin this Tuesday, as he continues to recover from COVID-19. Callum Wilson, who has scored eight of the club’s 10 top-flight goals this season, missed the Arsenal clash in the FA Cup and is in contention to play against the Blades.

Defensively, United have been better recently and were only beaten by two extra-time goals at the Emirates. If Wilson isn’t available, Andy Carroll or Joelinton could take his place, both played instead of Dwight Gayle against Arsenal.

I think the Blades will really attack Newcastle at home and their FA Cup victory should have given them a lot of confidence. Newcastle have looked a bit off recently and they’ll be in for a battle Bramall Lane. I think it’ll be a close encounter, but goals from both sides could see it end in a draw.