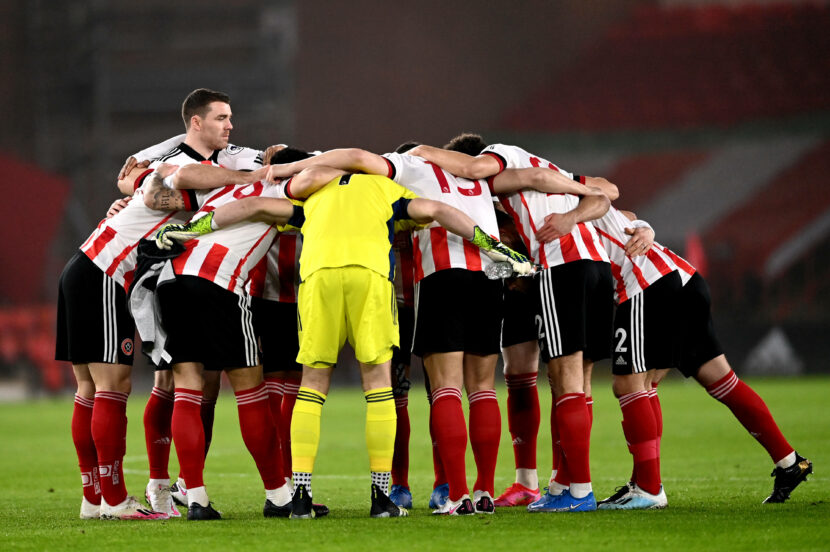 Chris Wilder’s Sheffield United side held on for a little over half an hour with a man disadvantage to overcome Aston Villa at home last time out, after David McGoldrick had put them in front on the half-hour mark. The win was their first in their last five league matches, after showing signs of a turnaround with victories in quick succession over Manchester United and fellow relegation candidates West Brom towards the start of February. And if the slump in form wasn’t bad enough for the Blades, news has broken this week that Chris Wilder – who would surely have been crowned manager of the season in 19/20 had it not been for Jurgen Klopp’s machine of a team walking the league – may not stay with the South Yorkshire club beyond the end of the season.

It is understood that Wilder has requested for an upgrade on some of the training facilities at Bramall Lane which haven’t been provided, but more of the tension may be attributed to his lack of control over the transfers side of the club; Rhian Brewster, unfortunately, got caught in this media crossfire, with Wilder citing “availability” and “wages” being key factors in bringing the former Liverpool striker to Sheffield on a club-record fee; both suggest that he wasn’t Wilder’s first choice. The owner, Price Abdullah, is reportedly keen on appointing a Director of Football to oversee the ins and outs of the club, which would likely diminish Wilder’s control even further.

His opposite number, Ralph Hassenhutl of Southampton, too, called for major reinvestments to be made in the form of new arrivals at the St. Mary’s outfit, citing a number of injuries to key players being largely to blame for a “turbulent season”.

Not unlike Sheffield, Southampton seemed to find form towards the end of last year, but they’re winless since the 1-0 victory at home to Liverpool, having obtained just a solitary point from the last 27 available. What had started off as a season of hopes, dreams and crisp football, now looks to be drowned amidst mid-table salvation, as the Saints look to end the season on a high.

In (admittedly) a mid-COVID season, health and finances both have been hard to come by. Both these clubs have been hit hard on those fronts, and so it is in their best interests to try and finish as high up the table as they can, secure that monetary injection, and reinvigorate their squads for the seasons to come. Both managers will be motivating their players to give it their all for the remaining 11 games, and then simply wipe this season from memory, and go again. That being said, 11 games are yet to go, and there is still (at least for Sheffield), a lot to play for. Let’s hope the same translates to a well-contested match on Saturday.

Phil Jagielka’s red card against Aston Villa means that he is forced to sit this game out via suspension, compounding a pre-existing defensive crisis. John Egan (Dislocated toe) and Chris Basham (Thigh injury) are still some weeks away from returning to the pitch, and Jack O’Connell (Knee injury) is hopeful of being available for selection soon. The lack of available options even led Chris Wilder to sarcastically comment that striker Oliver McBurnie would start in the heart of defence. Sander Berge continues to be a long-term absentee.

Theo Walcott suffered “the worst of all the muscle injuries”, as per Ralph Hassenhutl in his 4th March press conference; the gaffer is hopeful of having him back after the international break. Mention of Moussa Djenepo’s “injury history” suggested that he will likely not be risked this weekend, but was part of the Hassenhutl’s plan in navigating an extremely hectic March schedule.

In some positive news, trio Ibrahima Diallo, Kyle Walker-Pieters and Takumi Minamino are serious contenders to make a return this Saturday, with the Austrian manager mentioning “it [the situation for their return] looks good”! Oriol Romeu and William Smallbone continue to be long-term absentees, and will only make a return in 21/22.

While I do think Sheffield’s defensive crisis favours Southampton, the latter haven’t exactly been at their best going forward. The weakened defence of the hosts would likely invite more initiative going forward, but given their extremely rocky form overall, I personally think this might be a goalless draw.