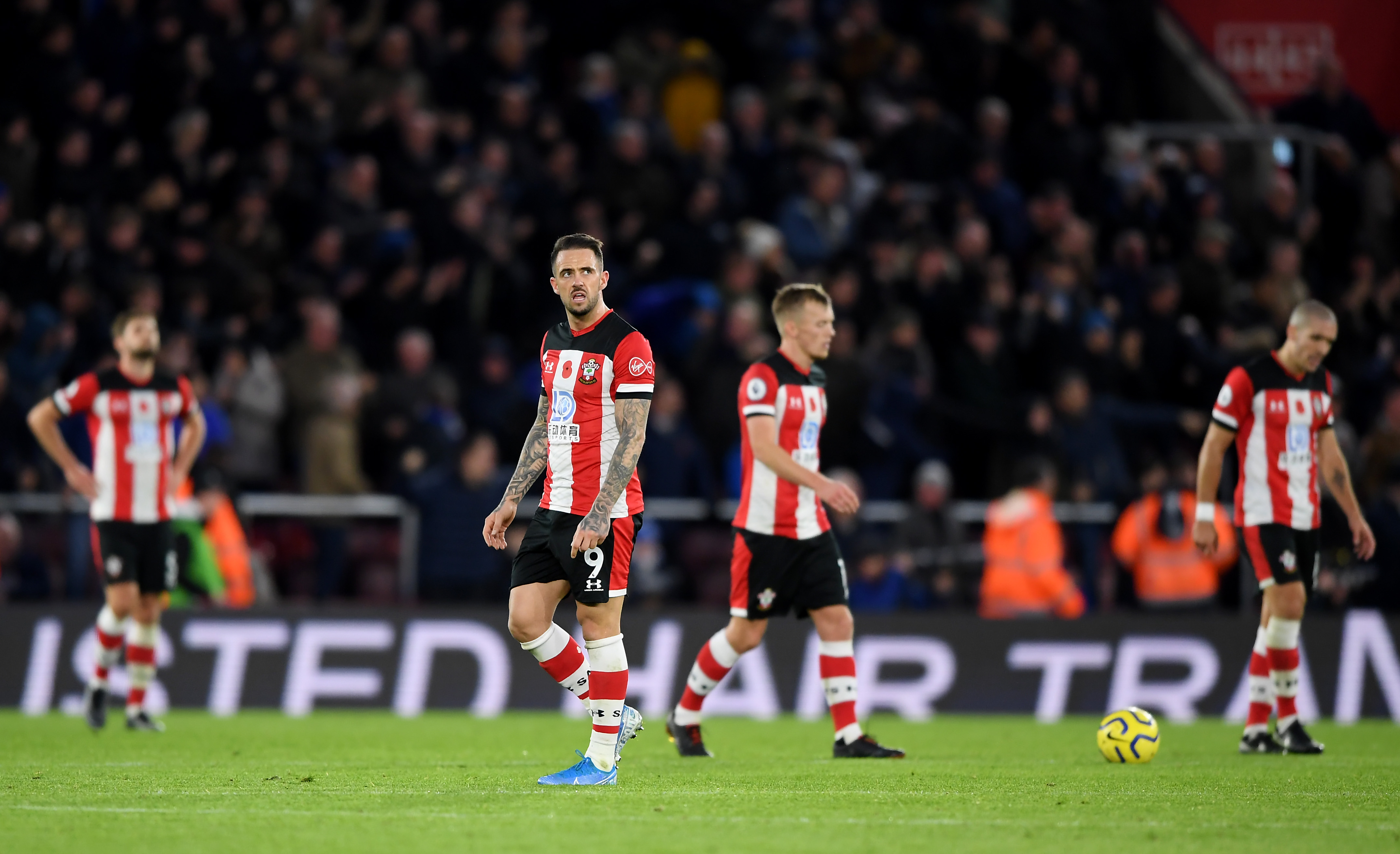 Ralph Hasenhuttl’s woes continued as Southampton recorded their fourth home defeat in a row at the hands of a struggling Everton side.

Both sides have really struggled this year, but it was Southampton that suffered in the early stages of the match at St. Mary’s. Some scrappy defending from the Saints in the third minute saw Everton win a corner in which they found the breakthrough.

Gylfi Sigurdsson’s ability to strike a ball is something that can not be questioned and his pinpoint cross found the head of Mason Holgate, who helped the ball on its way to the back post, where Tom Davies nodded the ball past Alex McCarthy. A perfect corner routine from the Toffees combined with some horrendous defending from the Saints was exactly what Marco Silva’s side needed as they took the lead only four minutes into the tie.

The half-time substitute gave Southampton some hope and Sofiane Boufal’s introduction saw the Saints have their first shot on target in the 46th minute of the game. It only took him five minutes to make a difference on Saturday too.

The ball found its way to the Moroccan on the edge of the area, and he proceeded to skip past ex-saint Morgan Schneiderlin and drilled a low cross across the six-yard box. Danny Ings nipped the ball into the back of the net from no more than a yard out after Everton could not clear their lines.

Southampton did not put up much of a fight once they had leveled the scoring though and Everton took full advantage. It was Richarlison’s turn to break the hearts of the Saints fans as an inch-perfect cross found him from the right-hand side, delivered by Djibril Sidibe.

The goal was enough to hand Everton all three points away at St. Mary’s and Marco Silva can now try and build his season from here. Despite Southampton’s position, this was a tough game considering the pressure that Southampton now face.

Marco Silva stated that there have been many bad things that have happened to the club (including the horror injury to Andre Gomes) but they will remain positive and will always continue to fight.

It only took four minutes to concede this week against a struggling Everton side, which is not good enough considering the Saints’ position. From a neutral point of view, Southampton look frightened to play football, and all the wind has been knocked out of their sails and St. Mary’s seems to be the place where teams go for a straight forward three points.

Southampton have now lost four games in a row at home which is their worst run at the ground since it was built, conceding 21 goals in the process – the highest total in top-flight history since Blackpool in 1930/31. Lack of attacking flair and flowing football is not the only issue as defensively, Southampton are shambolic.

Poor marking, getting sucked to the ball, not following runners are all schoolboy level errors. It looks as though Southampton will be dropping to the second tier of English football if something does not change, and soon.

Positives are few and far between for the Saints at the minute. However, it is not all doom and gloom for the side on the South Coast. Danny Ings is scoring regularly in a team that produces next to nothing, Hasenhuttl will be hoping that once out of their rut, Ings will carry on his form and do some damage. He has now scored more goals in the Premier League for Southampton than any other club he previously played for – Burnley (11) and Liverpool (3).

Wrong starting XI for the Saints?

I am sure a lot of Southampton fans will be confused as to why Boufal does not start most matches. He seems a rejuvenated individual who took a year away and made it his own. His shot on target in the 46th minute was Southampton’s first of the day, to which he then provided an assist four minutes later. Despite his injection of energy, he could not claw them out of the hole they currently find themselves in as his defence and midfield let him down with a lack of desire and hunger.

Interviews from the players are becoming very samey, and Southampton fans are taking every word with a pinch of salt. Results and reactions need to be seen now if they are to win back the excitement of the fans.

Everton find themselves in a very similar position to Southampton this time last year. At this point Southampton were sitting in the same place with the fourth highest shots in the league; now the Toffees sit there with the fifth-highest amount of efforts on goal.

This is encouraging for Silva as his side are creating chances, confidence in front of goal is all that is lacking and hopefully their win on Saturday against the Saints can give them that. Everton are not without quality in their side, players like Richarlison, Alex Iwobi, Lucas Digne and then the youngsters Mason Holgate and Tom Davies should give Evertonians hope for the remaining games of the season.

Despite only winning 2-1, Everton displayed a confidence that had previously been lacking. Twenty shots on goal with 54% possession show that Silva’s men have intent in their football, moving forward at any opportunity and pressurising the Southampton defence, something that they can not deal with, it seems.

This win ended their run of away losses, which Silva will be hoping marks a turning point in their season. Relegation will not have been a worry for the Toffees, however, being in and around that position 12 games in does not fill anyone with confidence.

Contrasting upcoming fixtures for both sides

Southampton now sit in 19th position on 8 points, three behind Aston Villa, who sit in the safe zone. Southampton have a huge run of games coming up which will define their season; as they play Watford, Norwich and Newcastle in their next four games. Speaking optimistically, Hasenhuttl will want at least seven points out of these fixtures, but the way Southampton are playing at the minute, he will be lucky if they get three.

Everton now sit a little more comfortably in 14th, equalling Spurs points total for the season. Only three points separate 15th and 5th, so a run of games would be ideal for Everton, and what a way to start it. However, Everton have a hard run of fixtures upcoming. Playing five of the top six in the next six games, if Silva can come away from this run with four points, realistically he can be happy, but anything can happen in the Premier League.