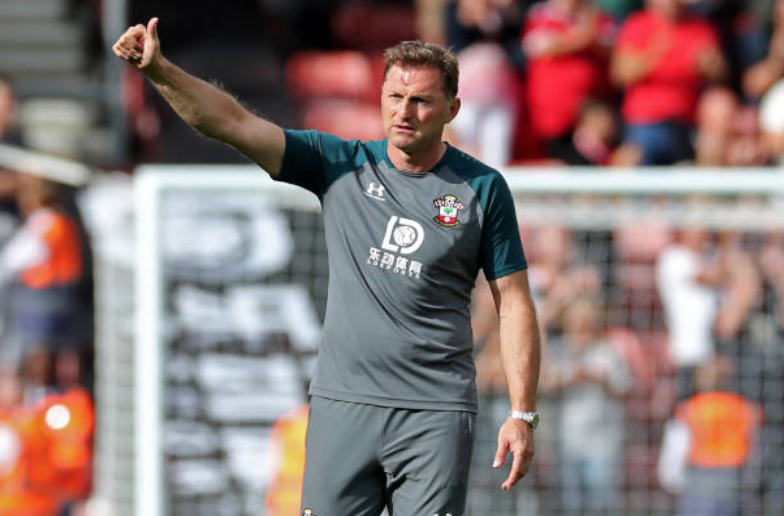 Liverpool took all three points on the South Coast despite a scratchy performance from the European champions as Southampton remain without a point after their two games.

It was the hosts who started the brightest as first Mayo Yoshida drew a fine reaction save from Liverpool’s stand-in goalkeeper Adrian when he should have scored from a corner before Che Adams missed a glorious headed opportunity from eight yards out.

Liverpool barely had a chance in the first half until the 46th minute, when Sadio Mane scored with a fierce drive into the top corner from the edge of the area. It emphasised the gap in quality between the two sides’ front lines with Southampton being made to regret their missed opportunities.

The Reds improved in the second half, with Mo Salah being denied by Angus Gunn before Roberto Firmino saw his shot go agonisingly wide with the goal at his mercy.

The Brazilian made amends however halfway through the second half. After Mane won the ball back, Firmino cut inside two defenders before finishing superbly into the bottom corner.

Game over? Not quite. Adams’ replacement, former Liverpool striker Danny Ings, capitalised on a howler from Adrian to give the Saints hope. In an attempt to clear his lines, he simply passed the ball into Ings’ path, with the ball ricocheting into the net.

The same player should have made it 2-2 late on, flicking the ball goalwards from six yards out. Fortunately for Jurgen Klopp’s men, the ball went wide and the Reds held on for a crucial win.

The win moved Liverpool up to the top of the table, with Southampton dropping to 19th.

In a performance somewhat reminiscent of the first half of last season, Liverpool did not play well, yet still managed to come away with three points. It may be a cause for concern for Klopp, who knows that Liverpool will require another outstanding season to even come close to Manchester City this campaign. However, after a long pre-season without their star players, a bit of rustiness is unsurprising. However, they do say that winning when playing badly is a sign of title-winning side…

Who should start up front for the Saints?

One thing is for sure for Southampton, and they need to find a reliable goalscorer if they want to avoid a relegation dogfight this season. Both Adams and Ings missed glorious chances for the hosts, and it remains a mystery as to who is first choice.

The latter’s Premier League experience must count for him, despite his injury-prone nature. However, there is real hope that Adams can develop into a top Premier League striker. It remains to be seen who Ralph Hassenhuttl will choose up top in their next game.

Super Sadio back for the Reds

Sadio Mane marked his return to the starting line-up in the perfect way on Saturday, bagging a superb goal and an assist as he led Liverpool to three points. While Divock Origi has proved he has a keen eye for goal, Mane’s ability to consistently conjure some magic from nothing means that Origi will have to be patient for his opportunities this season. With that front three operating in tandem, Liverpool will be a very tough side to beat this season.

Southampton too good for the drop

While there are some furrowed brows amongst Southampton fans, their squad is simply far too good to go down. For large parts of the game, the Saints were matching their opponents. On another day, Ings scores that late equaliser or Adams buries his early header and at the very least they leave with a point.

The Southampton faithful should take plenty of positives from this improved performance, and with the popular Hassenhuttl at the helm, there is still a sense of unity from top to bottom at the club.