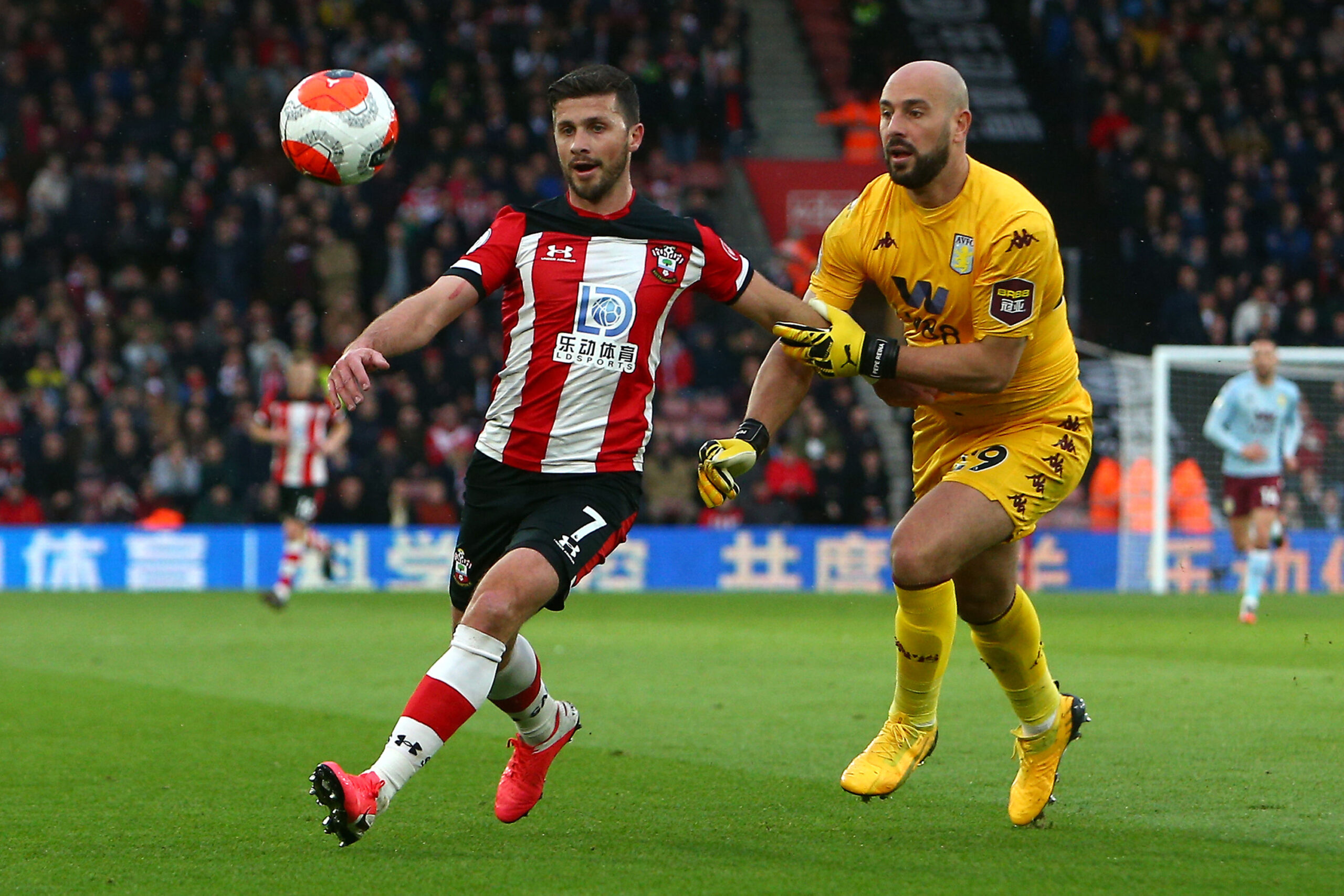 Southampton secured one of their biggest victories of the season, overcoming their poor home form to sink relegation rivals Aston Villa with a 2-0 victory.

Shane Long opened the scoring eight minutes in with a close-range effort, he has scored more goals against Villa than any other team in his career.

Moussa Djenepo threatened constantly throughout the first half, despite picking up a head injury.

It took Villa over 65 minutes to register a shot, showing why they’re fighting for their lives at the foot of the table.

Stuart Armstrong rounded up a dominant afternoon for the Saints, scoring into an open net late on after Reina’s adventure into attack.

Before the game, Ralph Hasenhüttl remarked that his Southampton side needed to turn their form around at St Mary’s, making the stadium a fortress rather than a place to gift opposition points.

It was apparent that his Southampton side followed their orders on Saturday afternoon, not letting Villa lay a glove on them throughout the entirety of the match. Realistically speaking, the Saints should have been four or five ahead if it wasn’t for the efforts of the veteran Spaniard Pepe Reina, as Southampton dominated from beginning to end.

Hasenhüttl will be expecting more from where that came from over the next few weeks, as the Saints seek to secure their escape from the shackles of relegation. The Austrian manager has done a fantastic job since their 9-0 battering at the hands of Leicester and has shown why the Southampton faithful were right to hold their faith in him.

Where next for Villa?

After a defeat filled with passion and regret against Spurs last week, Villa didn’t turn up to St Mary’s this Saturday. Failing to register a shot for over 65 minutes is criminal at this level of football, and with a clear lack of passion from many players, including the likes of Anwar El Ghazi, it is clear to see that Dean Smith has a huge task on his hands to steer his boyhood club away from the clutches of the bottom three.

With a cup final on the horizon, followed by a fixture list including Leicester, Liverpool and Chelsea, Smith needs his squad as unified and motivated as ever. It seems as if the squad which started their life in the Premier League so brightly has only gone backwards, with this performance being arguable their worst of the season.

Smith’s hard words in his post-game press conferences hint at a rotated side for the cup final, reflecting that the Birmingham born manager has his sights set firmly on Premier League survival, with a League Cup trophy and European adventure next season purely an added bonus. The apparent disunity between Smith and his players will need to be resolved if they want any chance of playing top-flight football next season.

Long excels against Villa yet again

The Villa faithful must believe their club is cursed, purely on the basis of the number of ex-rival players who love to score against them. From the likes of Troy Deeney to Jay Rodriguez, many rival and ex-rival forwards have a fantastic record against the West Midlands side. Another name to add to that list is Shane Long, who has scored seven goals and registered five assists against Villa in the Premier League; more than any other side.

The ex-Baggies forward was almost unplayable on Saturday afternoon, bundling home his early effort to open the scoring, before persistently proving himself to be a handful for the shaky Villa back three throughout the affair.

Saints fans will be hoping that Long can push on to replicate the form of their star forward Danny Ings, who is fighting his way to lead the charts for top goal scorer in the league this season. Things haven’t always been great for Long on the South Coast, however, with the club’s turn in fortunes, the Irishman may still have a part to play for the Saints.

Smith’s frustrations grow – but who is to blame?

Smith’s post-match frustrations were very clear following his side’s dissection on the South Coast. The Villa fan-turned-manager bemoaned over his side’s performance, labelling it their worst of the season. He went on to add that there were too many “training ground” players in his side and that many had played their way out of the cup final next week.

Smith, who has appeared to be ‘Mr nice guy’ throughout his tenure at his boyhood club, looked as visibly frustrated as he had ever been, and rightly so. His side was played off the park, showing little passion or desire to compete in what may have been their biggest game of the season so far.

But are Smith’s players solely to blame? The Villa manager has persisted with a negative brand of football with three at the back, conceding the highest amount of shots in the league. This style of play is a complete antithesis to the attacking and exciting brand of ‘go get ’em’ football which smith used to rally Villa into the Premier League, almost as if he is scared to deploy Villa’s attacking assets at the risk of further exposing their shaky backline. Whoever is to blame for Villa’s collapse this season, they will need to set things right very soon if they wish to continue to compete in the Premier League.

Villa’s shining light this season has been their Carabao Cup run, which has seen them defeat the likes of Wolves, Liverpool and Leicester to earn their fifth trip to Wembley in as many years. Smith has experimented with both rotated and full-strength sides as Villa have progressed through the rounds, and it looked as if the Villa manager was going to continue in this manner for the final.

However after his strong comments post the Southampton game, Villa’s side may be far from full strength come the final next week. Capitalising upon a poor performance to enable rotation in his squad, the Villa manager may utilise what little reserve players Villa have, with the likes of Conor Hourihane, Ahmed Elmohamady and Henri Lansbury all likely to see action on the Wembley turf.

Time will tell whether these backup players will have enough passion to compete with the English champions, however, one thing that is clear is that many of the Villa faithful agree with Smith’s change in focus, eyeing Premier League survival as the main goal this season. However, a European tour whilst playing in the Championship would certainly make Villa’s next season interesting.

Southampton travel to yet another relegation candidate as they face West Ham at the London Stadium. Villa face Manchester City in the Carabao Cup final, before travelling to the King Power to face Leicester.