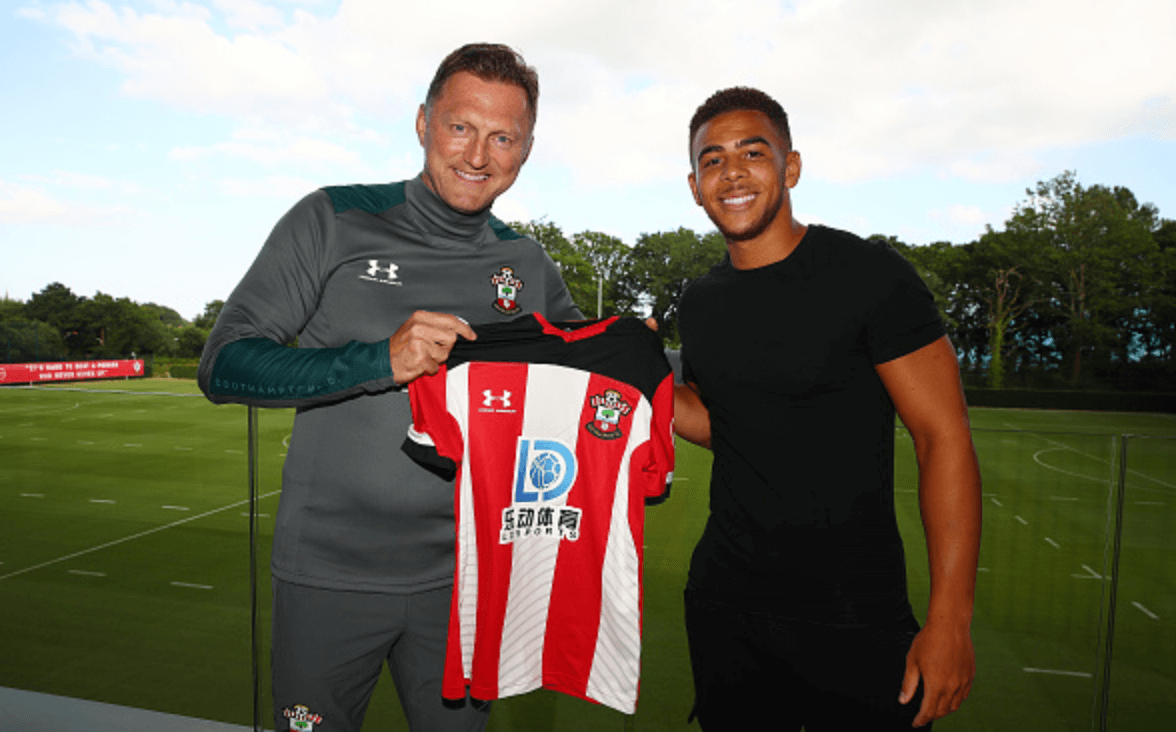 Southampton: Hasenhüttl’s transfers that are shaping the Saints’ pilgrimage to progress

The 2018/2019 season for the Saints was one of some considerable ups and downs. A dismal first half of the season under Mark Hughes was proceeded by their saviour, Ralph Hasenhuttl, and a formidable transformation followed as the players bought into the Austrian’s footballing philosophy. However, to avoid a similar situation to last season, the ex-Red Bull Leipzig boss feels as though fresh personnel are necessary on the South Coast.

Striking options for Southampton have been one of their main issues in previous seasons. The last player to score ten or more goals in a single Premier League campaign was Graziano Pelle (12) in 2014/15, alongside Sadio Mane (10) in the same season.

Introductions were made in an attempt to replace lost quality, including Charlie Austin and Danny Ings, who may have broken the 10-goal mark if it were not for their susceptibility to injury. Shane Long as a player will always work hard, but the Irishman’s goalscoring record over the last three seasons can be described as nothing less than disappointing.

Hasenhuttl has noticed and addressed the issue of a lack in attacking options in signing 21-year-old Moussa Djenepo on a four-year deal from Standard Liege for a reported fee of £14m. A young, fast, dedicated winger who the Southampton hierarchy will feel can add quality and pace to their attacking armoury in the upcoming campaign.

The Malian came from Standard Liege after scoring nine goals in 49 appearances, which isn’t necessarily the most impressive record for a winger, but Hasenhuttl seems a trustworthy talent-spotter and Djenepo is only young, with plenty of room for improvement. He also fits the Austrian’s style of fast attacking play, and if he settles quickly could become a regular starter in the side.

An exciting new winger is good but not quite what the Saints needed at this point in time, which is why main transfer target Che Adams was on Hasenhuttl’s radar since the January transfer window. The 22-year-old Englishman signed a five-year deal this Monday worth £15m from Birmingham City. Adams is a strong tricky striker who causes defenders in the Championship problems.

With almost 200 professional appearances at 22, he will have experience and will hope to comfortably step up to the Premier League. Hasenhuttl’s interest pricked up after he scored 22 goals in 46 appearances for Birmingham last season, impressive for someone so young, with years of development ahead of him. What better club to come to for development as a young player, than Southampton FC? Producing so many talented players through their academy or giving them first team football from an early age will surely have been a factor in Che Adams decision to sign for the Saints.

An issue within the Southampton set-up has been their reluctance to spend money without making it back in some way which has seen the departure of big names over the last few seasons. The departure of Matt Targett to Aston Villa for a reported £17 million had seemingly paved the way for Adams’ introduction into the team and also the security of Ryan Bertrand’s place within the Southampton squad.

There are also reports that Charlie Austin is in a battle with four teams for his signature. Crystal Palace, Fulham, West Bromwich Albion and Aston Villa are all willing to pay the £8 million price tag placed on his head by the Southampton board, and his departure could almost guarantee that Adams will be a frequent starter.

With Austin on the way out and Long coming towards the end of his career, the competition between Djenepo, Adams, Redmond, Ings and Obafemi in the attacking line-up will be an exciting one for the Saints fans. Ings is also in for the long run after permanently signing for the club from Liverpool for a fee of £18m plus add-ons. Last week marked a substantial milestone for the Saints and potentially foreshadows an exciting season under their relatively new boss.

One thing that Hasenhuttl will ensure is that the players he is signing will have the same philosophy as himself which will only increase the positive mental attitude currently instilled at the club. New signings will be hungry to improve their performance and position from the previous two seasons.

Southampton seem to be moving calmly towards stabilty. After a turbulent few seasons, they now have a bright, young manager who is making signings to match. One problem is that they had always been a feeder club, selling quality and struggling to replace it. This issue seems no more under Ralph Hassenhuttl.