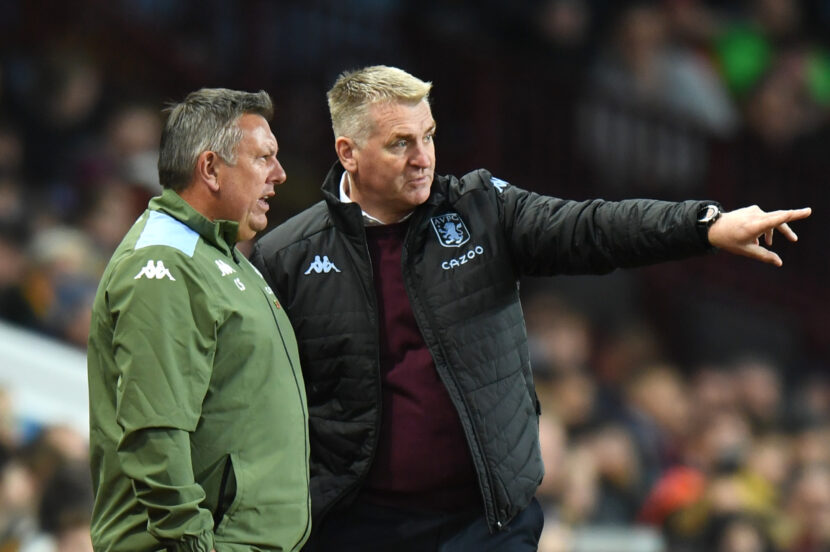 Southampton host Aston Villa as both sides look to improve upon their position in the table.

There could be fireworks on Bonfire Night at St Mary’s, as Premier League action returns, with the Saints hosting Aston Villa. The two sides sit in similar positions on the table coming into the tie, with the home side sitting in 14th, one point and one place above their visitors.

Southampton have been improving their position in recent weeks, enjoying a small run of form against the sides currently around them in the table. Two wins against Watford and Leeds and a draw against Burnley have done the South Coast side a world of good, giving them crucial points against the teams they will most likely be battling come the end of the season.

Southampton’s recent upwards trajectory can be partly contributed to their improved defensive efforts. The Saints have kept two clean sheets in their last three games, bringing their total amount to four already this season. At the centre of their defensive stability has been Mohammed Salisu, who has replaced the outgoing Jannik Vestergaard efficiently. The Ghanaian international joined the Saints the summer before Vestergaard left, and he took a while to settle into life on the South Coast. Now in form, Salisu has managed to contribute to clean sheets against the likes of Manchester City and West Ham, and will be an important asset come Friday night as Villa will look to end their losing streak.

For Ralph Hasenhuttl, it will be important to continue converting his side’s draws into wins, as he has done in the past few weeks. Southampton have only lost three games this campaign, yet six draws have hampered their progress, something Hasenhuttl is beginning to amend. The Austrian manager will have no lack of motivation to beat Villa, the side who tempted his star striker Danny Ings away in the summer and attempted to convince James Ward Prowse to do the same. With his managerial counterpart Dean Smith under immense pressure to get a result, there will be no shortage of action this Friday.

From the highs of beating Manchester United and Everton in September, Dean Smith’s Villa are now in freefall. The Midland’s side have lost their last four, with no signs of improvement across those games. A 1-4 battering at home to West Ham saw the Midland-born manager booed off at full time by his own supporters, reflecting the state of discontent surrounding the club. With the pressure building on Smith to turn Villa’s form around, a win against Southampton is crucial in keeping him at the helm of Villa’s ongoing revolution under their billionaire owners.

Smith appeased the Villa fans by ending his 5-3-2 experiment against West Ham, but to no avail. Villa looked as poor as before with five at the back, getting cut open with ease, culminating in the sending off of Ezri Konsa early on in the second half. However, despite the red card, questionable substitutions, and a lack of a ‘plan B’ cost Villa the game, but they still remained competitive. While many are quick to point the blame at Smith for Villa’s woeful form, it can be argued that the players should be equally responsible. The same backline which kept 15 clean sheets last campaign, third only behind Manchester City and Chelsea, have now conceded 12 goals in their last four games. Although it’s not clear why Villa’s backline has struggled so much this season, it could be down to the loss of John Terry as assistant manager, or the reintroduction of crowds, putting extra pressure on the Villa players to perform.

Whatever it is that’s going on behind the scenes at Villa; it needs to be addressed before the club finds itself in a relegation battle. The club set a target to compete for Europe this season, and Villa’s owners will no doubt make sure that target is achieved, with or without Dean Smith at the helm. The Villa manager has some key decisions to make ahead of Friday’s game. The biggest decision will be in Villa’s lacklustre midfield. With Douglas Luiz and Jacob Ramsey injured, Smith has limited options in an already subpar selection. Marvelous Nakamba put out a spirited performance against West Ham; however he often struggles to link play going forward, leaving Villa slow in the transition. Morgan Sanson, Villa’s original answer to their midfield problems last season, could start, although he is out of favour and only has played limited minutes this term. A case could be made to hand one of Villa’s talented youngsters, such as Carney Chukwuemeka, a start though, in a game so important to Smith, that would be a huge gamble.

Armando Borja picked up an ankle injury against Watford and is a doubt. Jack Stephens remains unavailable.

Ezri Konsa is suspended following his red card against West ham. Douglas Luiz and Danny Ings are both unavailable. Jacob Ramsey took a knock in Villa’s last game and is a doubt. Morgan Sanson could return to Villa’s midfield.

Southampton have been impressive in recent weeks and have won two of their last three. Facing a Villa side who look lost in both attack and defence, the home crowd could be a real advantage with the pressure building on Villa.