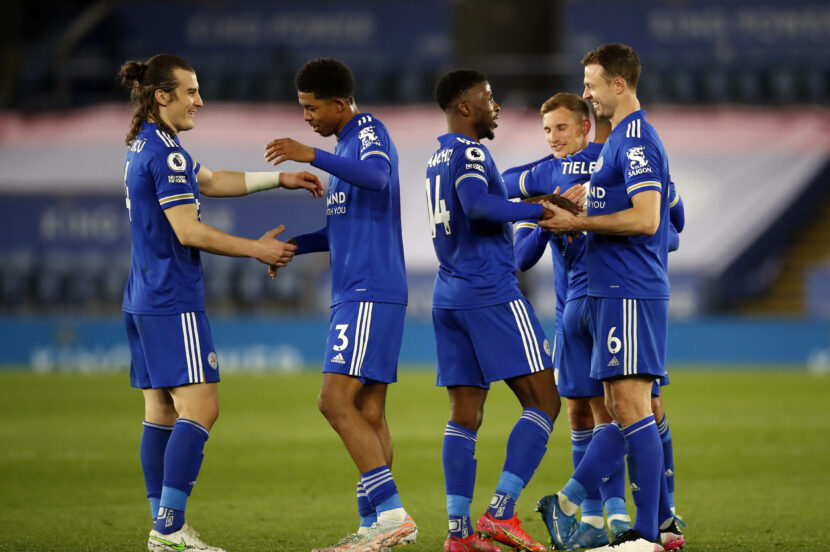 Friday night is host to a FA Cup semi-final rematch as a confident Leicester City host a struggling Southampton who have lost four of their last five games. The Foxes are seeking for their fourth win in four to further increase their chances of securing a Champions League place, aiming to extend the gap between themselves and 5th place to a margin greater than the seven points it currently is.

The Saints, on the other hand, desperately need results to repair their disappointing recent form; although relegation is almost impossible for Southampton, a late collapse could bear poorly on their prospects for next season. The semi-final between these two sides was a tense, nervous affair – I expect this game to be the complete opposite.

Nothing to play for – and it shows

Southampton’s season is undoubtedly at the point where most of the players are thinking about the upcoming international football of the Euros or their holidays. The side has little to gain in terms of progressing up the table, and no threat of relegation below them, and it has led to a constant slide in their results and in their form.

It is sad to think that this same Saints team managed, only earlier in the season, to reach first place in the Premier League table for the first time in the club’s history (if only for a matter of hours). There is a stark contrast between then and now, however, as they sit in 15th place – only saved from 16th by the fact they have scored four more goals than Newcastle. Nine points between them and Fulham makes relegation an almost impossibility (no side has ever broached that gap with so few games remaining) but that doesn’t make their position look much better.

Reaching an FA Cup semi-final is not to be laughed at, of course, and it makes their season seem not to be such a large disappointment as it otherwise would be. Yet it does not paper over all the cracks.

In some ways, Southampton’s form this season seems to be almost the reverse of their ups and downs of last year. While last year began turbulently, it ended with fantastic form and some high-highs. This year began excellently, with Saints pushing themselves into 1st place position as I mentioned, but has since plateaued and become stale.

Ralph Hasenhüttl may see this as a symptom of the weariness the Premier League can inflict, especially with the added tiredness of this season – or perhaps a more serious reflection on the inconsistency entrenched in his squad. He will have questions to answer in the summer, yet how many still depends on if he can turn them around at the last.

Champions League closer than ever before

The Foxes were frail at the end of last season, stumbling to the end and yielding the top-four spot they had owned for most of the season. There are no similarities to that now. Leicester are not sitting back this time, they are pushing on. Perhaps last season the Foxes would have reacted to their poor first half against Palace by capitulating – but this season they are a different kind of beast: one that is determined to do whatever it takes to hear the Champions League anthem at the King Power Stadium.

There is one man above all striving to make that happen: Kelechi Iheanacho. While the team as a whole has found life at the end of the season, the Nigerian striker is arguably the main difference between their collapse and now. In practically unstoppable form, Iheanacho, amicably known as ‘Seniorman’, has shed his worries and gained a scary confidence that has turned him into a goal-scoring machine with 12 goals in his last nine games.

Monday night was one of his best showings yet. Assisting the first goal, Iheanacho was on a personal mission to win the game and he produced an exceptional second goal that perfectly displayed the power and finishing ability he has in his possession. Iheanacho is in, frankly, world-class form and has hit levels surely even he thought were beyond him. Southampton will try and prepare themselves for him, of course, but they have already been victim to his form once this month – they will need a lot of luck to stop him doing the same again.

For Southampton, there are a few unknowns with regards to their squad. Both Ryan Bertrand and Danny Ings had minor injuries following their loss to Spurs, and it is unknown whether they will be available for the game on the south coast. Michael Obafemi’s issue is more clear-cut, and he is certain to miss the game.

Leicester were given a distasteful blow in the week when it was revealed that Harvey Barnes would miss the rest of the season after his recovery from a knee injury was halted by a recurring issue and he had another minor surgery. With Wes Morgan also unlikely to play again for the Foxes due to his back issue, and James Justin also out long-term, Leicester’s squad for the final five games is now cemented to the players they have.

This one seems quite clear to predict, especially since the two sides have played recently. This game is likely to be a lot more open, and that will benefit Leicester City more than it will the Saints – three goals in the way of Leicester will seal the win and three points towards the Champions League.