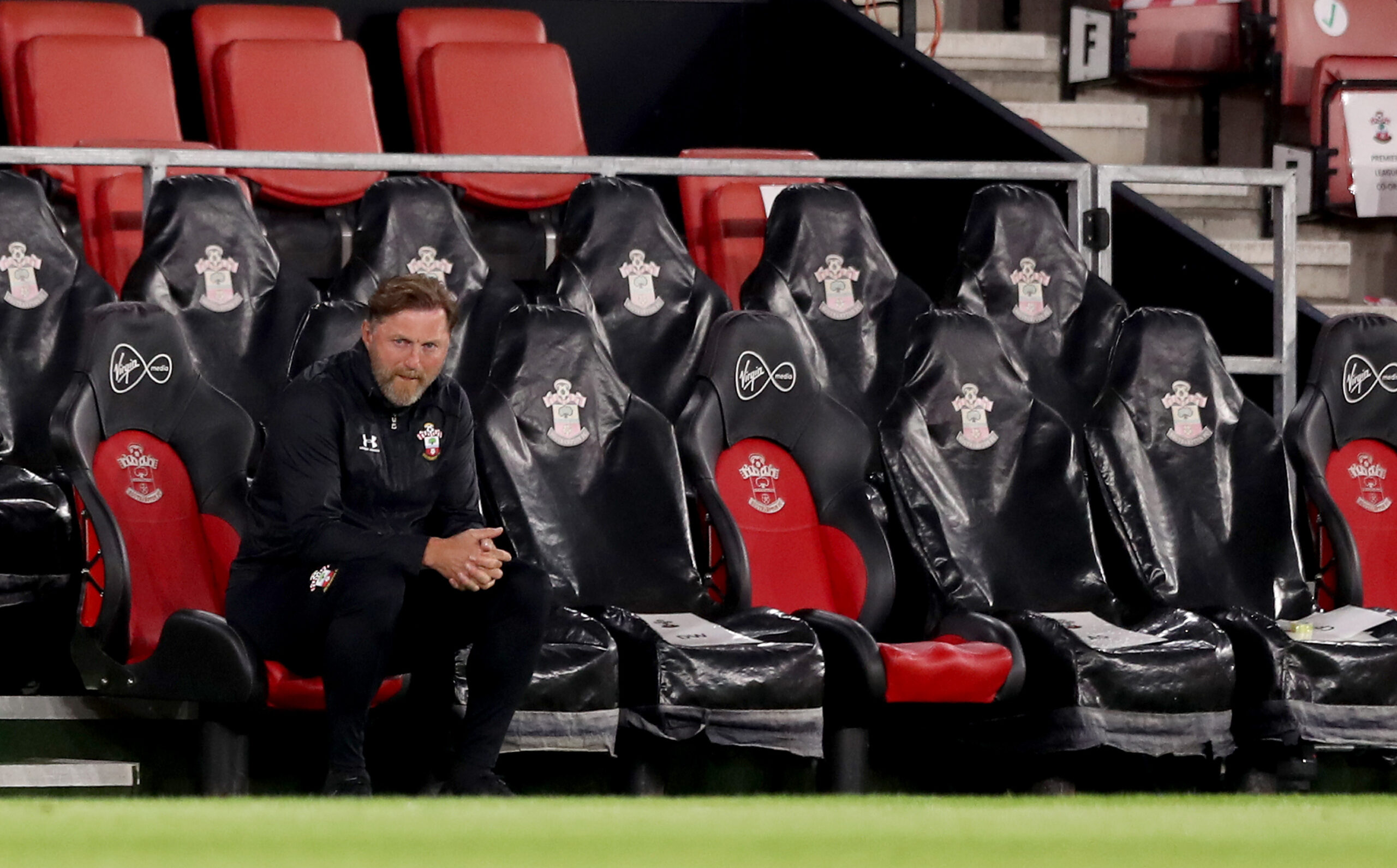 An action-filled Sunday of football commences with Southampton taking on Tottenham on the South Coast. Both teams were beaten 1-0 on the opening weekend of the delayed 2020-21 Premier League season and will be looking to bounce back and get their first points of the season.

Southampton suffered at the hands of Wilfried Zaha and the rest of Roy Hodgson’s Crystal Palace last Saturday. A frustratingly barren transfer window for Southampton meant that no new faces were introduced in that game, with Mohammed Salisu remaining the Saints’ only summer signing thus far. If the centre-back makes his first appearance on Sunday, his initial challenge will be to keep out José Mourinho’s front line just as Everton did last week.

Ralph Hasenhuttl’s men finished last season off with an unbeaten run of seven matches and the manager will hope that most of that momentum remains after a short respite between seasons, despite losing their first game back. The Saints also fell to Championship outfit Brentford in a midweek Carabao Cup fixture, with a mostly in-tact starting lineup wielding only one new player from their match with Palace.

The south coast club is yet to bag a goal amongst this troubling start to the season, and Hassenhuttl will be begging Ings to get off the mark as soon as possible. The Englishman impressed Gareth Southgate enough for an England call up after being one short of the golden boot last season.

A positive attacking Everton side bested Tottenham last weekend, with the Lilywhites’ performance branded as “lazy” by their own manager. However, Everton were blessed with some impressive-looking signings such as Allan and the well-established James Rodriguez. Mourinho will hope for a much-improved outing against the Saints.

A midweek nightmare was narrowly avoided as Spurs came back from behind to beat Lokomotiv Plovdiv 2-1 in Bulgaria to progress to the next round of Europa League qualifiers. While it would have been utterly disastrous to have been out of Europe so early in the season, it does mean that Tottenham look likely to have to play Southampton, Leyton Orient and Macedonian team Shkendija in the span of five days. This could have an impact on Mourinho’s approach on Sunday.

By Spurs and chairman Daniel Levy’s standards, the deal to bring Gareth Bale back to north London on loan could bring a huge wave of encouragement and anticipation to Tottenham fans. Creativity is desperately needed in midfield and the supporters know as well as anyone that Bale can unlock a defence. At the time of writing, the deal looks likely to be completed by the end of the weekend.

The most recent injury blow for Southampton came in their Carabao Cup tie on Wednesday, with Nathan Redmond taken off with a slight injury in the second half. Even if the 26-year-old recovers for Sunday’s game, we still suspect Hassenhuttl may want to switch him out of the team, amongst other players that have lacked fight in the opening games. Djenepo is a potential suitor to replace Redmond.

Stuart Armstrong will also likely miss out on Sunday after being absent last week against Palace. The Scotsman suffered a thigh injury on international duty prior to the start of the season.

Giovanni Lo Celso recovered from his injury woes to travel to Bulgaria in the midweek Europa League qualifier and could be brought in by Mourinho for some much-needed midfield creativity for Sunday’s match.

If the signings of Gareth Bale and Reguilon from Real Madrid go through, it is likely we would only see the latter of these two players in action on Sunday. Bale has some ongoing injury problems that could keep him out for some time but, as far as Tottenham are concerned, the sooner both players are introduced the better, with some potentially must-win games on the horizon.

Japhet Tanganga is likely to be out of action for the foreseeable future with a thigh injury, but other than this, Mourinho seems to have his full selection available for Sunday afternoon. The Portuguese manager may be looking ahead towards a league cup match just two days later and thus may rotate a few players around.

It was plain to see that both Southampton and Spurs had an off-day last week, the latter perhaps more so, but we all now know the kind of subsequent words that might have been said by Mourinho after his team’s defeat. Tottenham should be more eager to bring some fight and goals to St. Mary’s. Southampton will also be ready for the fight, and we could expect to see Danny Ings begin his account.