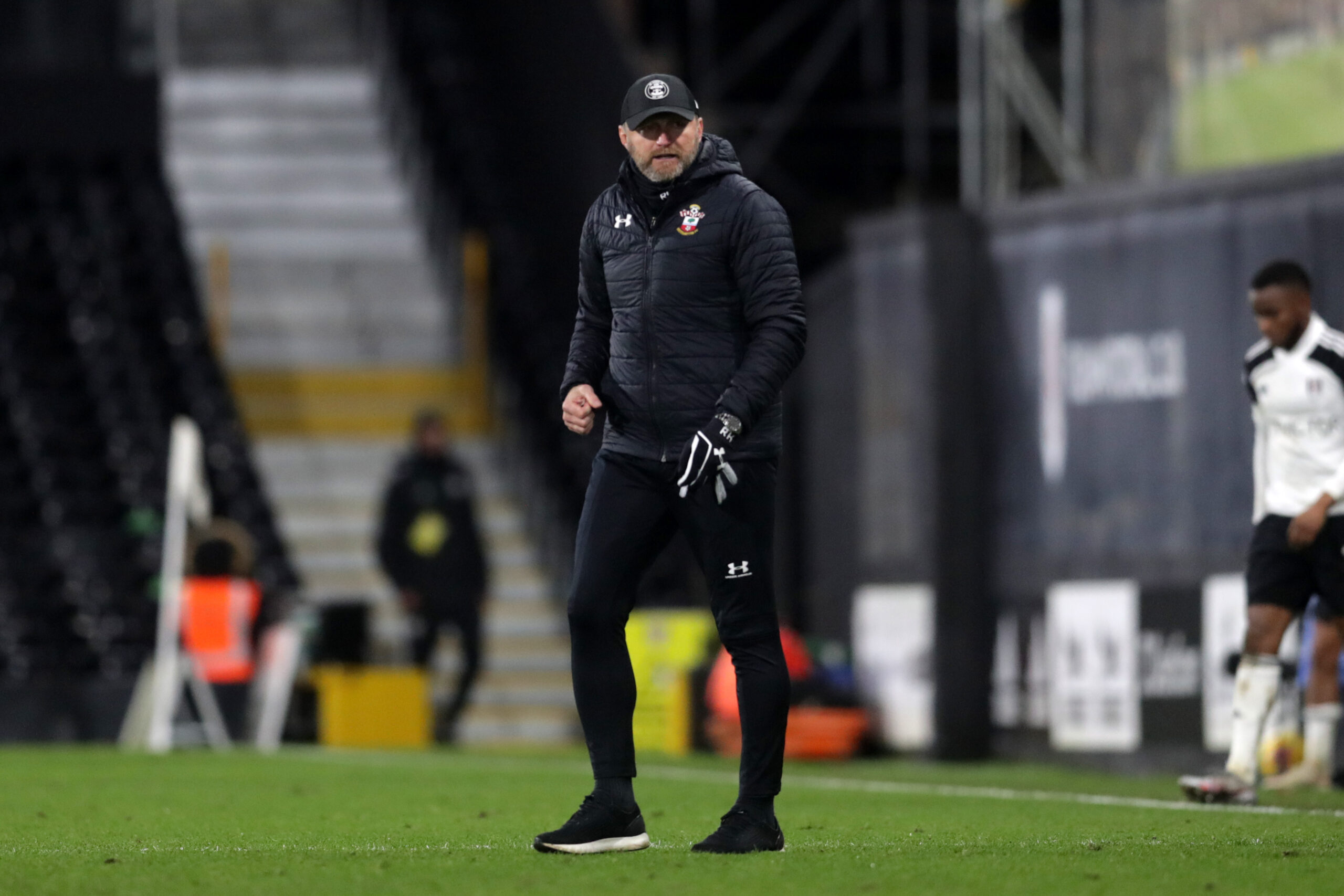 Venue: St. Mary’s Stadium
Referee: Andrew Madley
TV: Amazon Prime
Ralph Hasenhuttl’s men will welcome David Moyes and his West Ham team to St. Mary’s for 2020’s last Premier League encounter.
Embed from Getty Images
The home side will be a little disappointed, having failed to win any of their last three games though two of them were draws, most recently a goalless tie against Fulham. They will be hoping to brush aside some of the goal-scoring troubles and take the game to West Ham. Having found themselves close to the top of the table after the first few game weeks, the Saints are now back to a familiar 9th place on the table. While they missed their talismanic striker Danny Ings due to injury last time out, they will need the likes of Che Adams and Stuart Armstrong to crank it up a notch and get a result against the Hammers.
David Moyes finds his team 10th in the table after an underwhelming last five games, which included two defeats, two draws and a win. The Hammers most recently played out a 2-2 draw against Brighton and truth be told were lucky to get something out of a game where they were second best for most parts. Moyes employed a defensive approach at home against Potter’s men much to the dismay of most fans and critics alike. He will need to have a more proactive approach against a high pressing Southampton side if he aims to get anything out of this game.
The Saints will be sweating over the fitness of star striker Danny Ings who is vital to their success in the attacking third, not just due to his prolific finishing but also the morale boost he provides to his teammates playing alongside him. The Hammers have their own striker troubles with Antonio out with injury as well. The away side will need the likes of Rice and Soucek to play a high energy game if they are to boss the midfield. All in all, it promises to be an exciting encounter and a fitting farewell to the year that is 2020.
Embed from Getty Images
Team News
Southampton
Oriol Romeu is back after serving a suspension and should slot straight back in to replace Diallo. The Saints are sweating over the fitness of Ings and Redmond, while both are doubtful to start and the manager will be hoping for at least one of them to be fit enough for the bench. Vestergaard is ruled out with a knee injury for the next few weeks.
West Ham
Antonio was pictured back in training last week and even though he was not included in the squad to face Brighton, it will not be a surprise to see the striker back in the squad for this encounter. There are no new injury concerns for the Hammers, though they might rotate quite a bit given the options available especially for the winger spots.
Predicted Starting XIs
Southampton (4-4-2): McCarthy; Walker-Peters, Bednarek, Stephens, Bertrand; Walcott, Romeu, Ward-Prowse, Djenepo; Adams, Long
West Ham (3-4-2-1): Fabianski; Ogbonna, Balbuena, Cresswell; Coufal, Rice, Soucek, Johnson; Bowen, Fornals; Haller
Score Prediction: Southampton 1-1 West Ham United
Though the Saints will take the game to West Ham, I believe both sides will cancel each other out in what could be a low scoring draw.