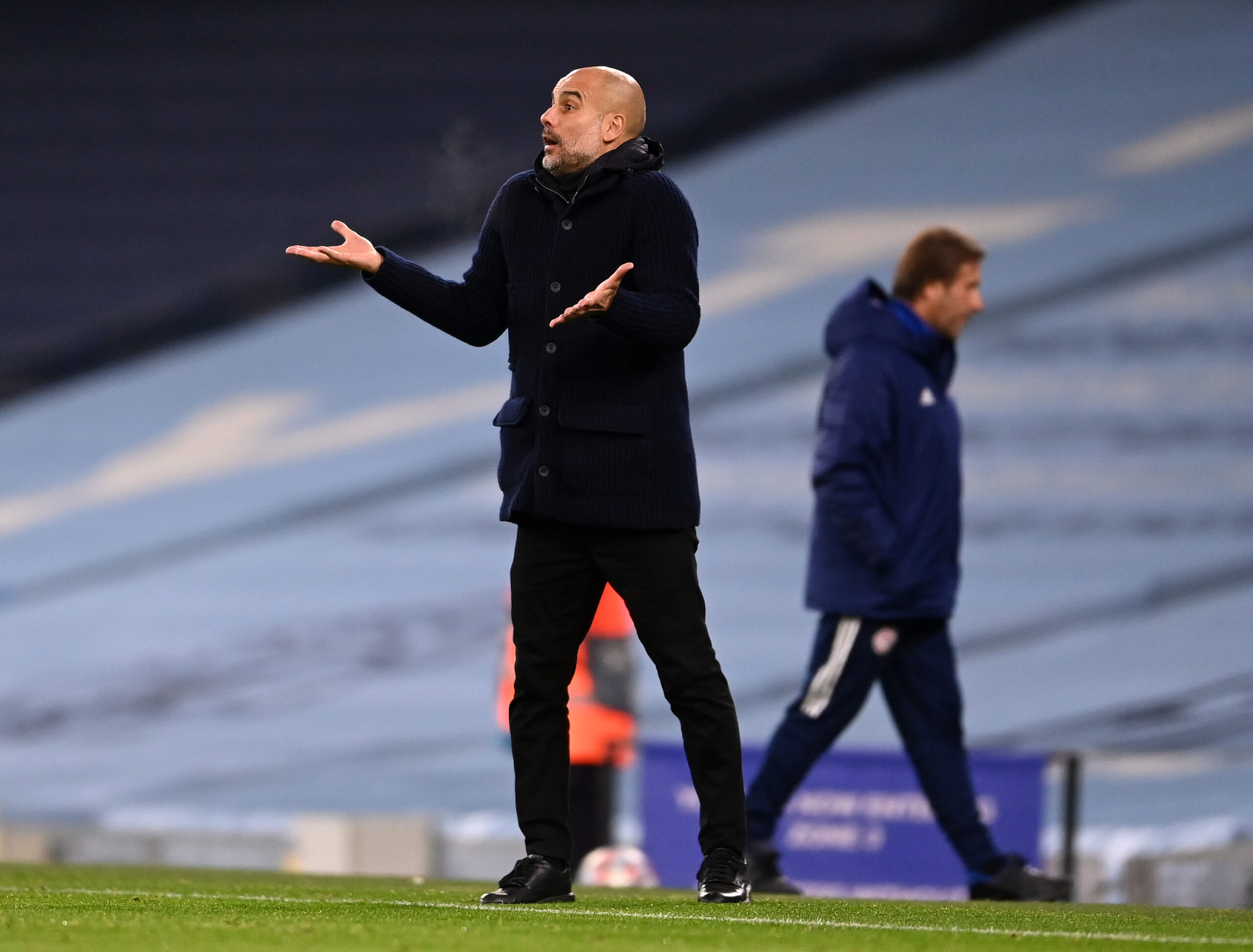 Spurs host Manchester City in Saturday’s evening fixture looking to move top of the Premier League table. A win would be enough for José Mourinho’s side to finish the day at the summit, with the current top two Leicester and Liverpool facing off on Sunday.

City meanwhile are looking to celebrate Pep Guardiola’s new contract by closing the gap to the top four, which they have yet to occupy so far in 2020/21, having played a game less than most of their rivals.

Both sides suffered losses during the international break, with Spurs right-back Matt Doherty testing positive for Covid-19 and City’s Nathan Aké suffering a hamstring issue while playing for the Netherlands. Heung-min Son was forced to quarantine after international colleagues returned positive Covid tests, but is available.

Mourinho and Guardiola will surely have to manage their squads extremely carefully as 2020 draws to a close, with both clubs set to play 12 matches before the end of the year. Spurs have tended to utilise the Europa League as their opportunity to rest first-teamers, while City will surely aim to do the same in the Champions League if they can seal qualification from the group stage with fixtures to spare.

Hugo Lloris will captain the side from in goal, fresh from qualifying for the Nations League finals tournament with France. Matt Doherty’s Covid-related absence has opened the door for Serge Aurier at right-back, while the contrasting styles of Sergio Reguilon and Ben Davies are likely to depend on Mourinho’s tactics to contain City.

Davinson Sanchez is Spurs’ only central defender who didn’t play twice for his country in the last week and appears in pole position to start on Saturday, though Eric Dier, Toby Alderweireld and Joe Rodon are all available. Versatile youngster Japhet Tanganga is approaching fitness after a thigh injury but may not be thrust in at the deep end for the visit of City.

Erik Lamela and Harry Winks are Spurs only injury concerns and will be assessed. Tanguy Ndombele featured in training on Thursday and appears to have overcome the knock that saw him substituted against West Bromwich Albion before the international break. Pierre-Emile Højbjerg has played every minute of Spurs league campaign so far and looks certain to continue in the midfield anchor role, with Moussa Sissoko starting the last five games alongside him. Elsewhere in midfield, Giovani Lo Celso, Gedson Fernandes and Dele Alli are all available if called upon.

In attack, Heung-min Son and Harry Kane appear certain starters, though the third forward is harder to predict. Gareth Bale has impressed off the bench in recent appearances but his workload continues to be carefully managed, while Steven Bergwijn was reportedly sent home from the Netherlands international squad for being unfit.

Lucas Moura appears the most likely to start, though Mourinho could opt to sacrifice an attacker in favour of an extra midfielder to try and stifle City’s midfield.

Nathan Aké is set for a spell on the sidelines and Fernandinho is not yet ready to return to action, though Benjamin Mendy could return in defence after injury setbacks. Aymeric Laporte and John Stones were not called up by France and England respectively so have the added benefit of freshness ahead of fellow central defenders Ruben Dias and Eric Garcia.

If Mendy is declared fit, City will have a full cohort of full-backs to choose from for the first time this season. Kyle Walker has enjoyed an extended run of starts on the right, while Joao Cancelo has impressed on the left, though Mendy and Oleksandr Zinchenko will likely feature over the coming weeks as City rotate.

Midfielders Rodri and İlkay Gündoğan faced each other when Spain thrashed Germany 6-0 on Tuesday but could line up together on Saturday, with the likes of Phil Foden, Bernardo Silva and Kevin De Bruyne also options if City continue with a midfield three. Guardiola confirmed on Friday that Sergio Agüero is ready to return after a month out and is set to battle with Gabriel Jesus and the in form Ferran Torres for a starting berth in the middle of the front three following the Spaniard’s first career hat-trick against Germany.

Raheem Sterling withdrew from the England squad with a muscle concern as a precaution but is expected to travel to London, while Riyad Mahrez is pushing for a recall having been left out of the matchday squad against Liverpool. Foden, Silva and Torres are other alternatives on the wings.

City have struggled for goals of late and José Mourinho is a master of tight tactical battles. Spurs won this fixture 2-0 last season with a goal on debut from Steven Bergwijn but I never feel comfortable betting against Pep’s City. The key battle will be Højbjerg vs De Bruyne.