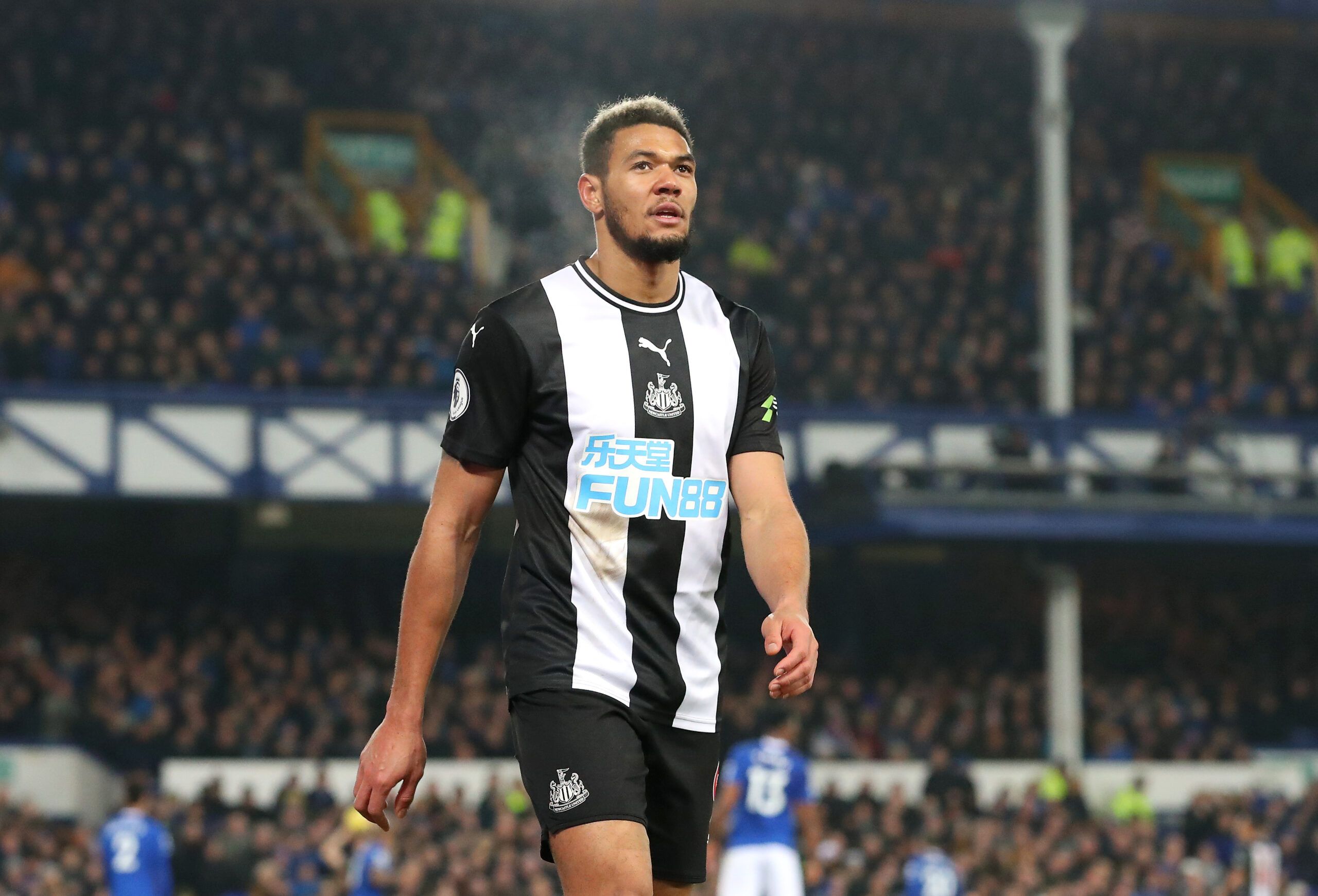 Steve Bruce has an issue at Newcastle United which does not appear to be fixing itself. The summer signing from Hoffenheim Joelinton has gone 22 consecutive top-flight matches without finding the back of the net, since opening his account with the winner against Tottenham Hotspur in the third game of the campaign. The Magpies forked out £39.6m for the striker, but his value is beginning to drop, currently standing at £27m (Transfermarkt), and Bruce would be better off attempting to fix the problem as opposed to admitting defeat and selling the Brazilian at a loss.

While Bruce admitted after the Arsenal defeat that those at the club “would all like him to have 12 or 15 goals” by now, unless he experiments with giving the striker support, his baron run appears set to continue. However, his importance to the side is undeniable only Sebastien Haller has won more aerial duels, 181, than the Brazilian’s 146. Joelinton is the hub of Newcastle’s attacking play, but too often left isolated with Miguel Almiron and Allan Saint-Maximin furiously racing to get close to the lone striker.

Against Arsenal, Newcastle’s number nine had just three touches inside the Gunners’ penalty area, which epitomises his lack of help in getting goals. At Hoffenheim, Joelinton played as part of a front two, and Bruce should consider giving the 23-year-old more assistance with a strike partner. Dominic Calvert-Lewin is in the form of his career at Everton after they made the transition, having scored 11 goals this season, more than his last two seasons combined. Newcastle are edging towards safety at present, on 31 points, but if they assure their Premier League status before the end of the season that could be the ideal opportunity to experiment.

During the injury-ravaged winter months, Andy Carroll started alongside Joelinton, but the similarities in their skillset meant they were not an effective duo. Without having to purchase a more suitable partner for the Brazilian, Bruce could look to place Saint-Maximin alongside him. Though usually a winger, the Frenchman has previously operated as a striker and in a more central role, latching onto the Brazilian’s flicked headers, the 22-year-old may also increase his productivity. Bringing the pair closer together could also benefit the Frenchman and see him add to his one goal this term.