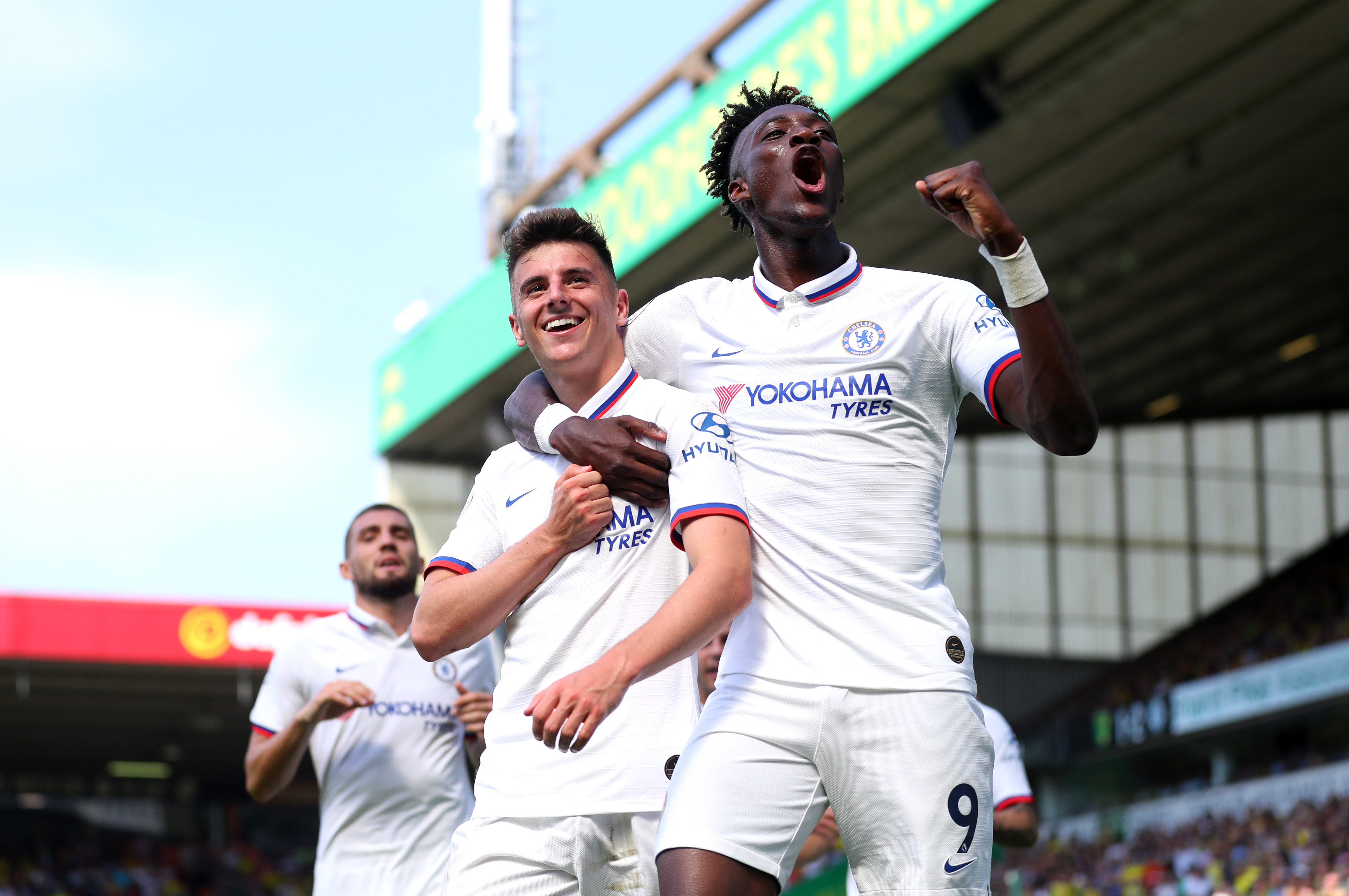 A transfer ban and the appointment of a club legend left a great deal of uncertainty in the future prospects of Chelsea Football Club. Eden Hazard got the move he was after moving to Real Madrid and the new boss was forced to fill the gaps with a selection of young prospects, many of whom had barely even kicked a ball for Chelsea’s senior squad.

But the transfer ban may have come as a blessing for a few Chelsea players who were recalled from their respective loans, potentially signifying the beginning of a new era under the famous Frank Lampard. After a rocky start to the 2019/20 season, Lampard has now managed to get the absolute best out of attacking youngsters like Tammy Abraham and Mason Mount, who have racked up ten goals between them already this campaign.

And in a weekend with a generous supply of goals and drama, Chelsea were at the forefront with a stellar performance in their 3.p.m kickoff at the Molineux. If Tammy Abraham and the Chelsea youth weren’t making headlines already, the 5-2 win over Wolves has certainly changed that. The goals from Abraham, Mount and Tomori have shown that a top English club are finally allowing a new wave of young English talent to flourish together.

So how has Lampard managed to transform a transfer ban nightmare into such an exciting revelation for Chelsea and England fans alike, and what does the future hold for the young Blues for club and country?

I suppose we should start with a short synopsis of the goings-on in Chelsea’s last fixture at Wolves – a game that saw a screamer from Fikayo Tomori, a clinical finish from Mason Mount and, most importantly, a hat-trick from Tammy Abraham (as well as a rather unfortunate own goal).

Once Tomori’s wonder-goal went in, the Chelsea team were spurred into all-out attack mode, and Wolves’ floodgates opened. It didn’t take long for Chelsea to cruise to a comfortable lead, after which Lampard didn’t seem to mind too much that they were being left open at the back. The Blues continued to find the net in a way which may define the manner in which they play football this season – and we’ll all be grateful for it if their matches are even half as entertaining as Saturday’s.

In the midst of all the drama, Abraham completed a wonderful hat-trick ten minutes into the second half – two goals with his feet and one with his head. The 21-year-old only had four shots on target that match, showing what a clinical finisher he really is once his confidence is at its peak.

But Tammy has much more to his game than finishing, as we have seen in the other four league games this season. He doesn’t often concern himself with vigorously trying to win the ball back in open play, confidently relying on his teammates on achieving this, while concentrating on his own off-the-ball movement and positioning. Once Chelsea have gained position, the forward comes to life, coming deep to receive the ball and play creative one-twos with his midfield colleagues.

Other than the first few games for Chelsea, we haven’t really seen Abraham in any state of low-confidence simply because one goal against Norwich was all it took for the 21-year-old to find form as he went on to score again in that match, and another five times in the next two games.

Abraham has now proved himself an invaluable asset to Frank Lampard as Chelsea attempt to begin a surge for a top-four finish, while Olivier Giroud might just have to see out his time at the Blues as an impact sub at best.

How is Lampard building success by integrating the youth?

Looking at the bigger picture, some may say that Lampard has employed some tactical genius in bringing these young players into the limelight, but the transfer ban left Lampard with a limited selection of players anyway. Having said this, the ex-England player made his ambitions clear early on in the season as he looks to lead a youthful Chelsea team to glory.

A pretty incredible statistic that has been circling the media is that all of Chelsea’s eleven league goals have come from under-21s. The energy and ambition of these young players has lent itself to the attacking desire Lampard has deployed – a style which was showcased to its full extent on Saturday as the Blues switched to a 3-4-2-1 formation. The young English manager is certainly not afraid to experiment and Chelsea could be in a very different position if he was.

Tomori started against Wolves on Saturday, with Kurt Zouma dropped to the bench. I don’t think Lampard brought the 21-year-old defender into the starting lineup in the hope that he would score a 25-yard belter, but he will gladly take that outcome all the same. The change in formation may not have aided Chelsea’s defensive problems as Wolves went on to push two goals past Kepa, but the switch-up allowed for much more threatening wide attacks and Chelsea reaped the rewards as they stretched out an out-of-form Wolves side.

Perhaps this style was adopted just for this game, as Wolves are well known for attacking with their full-backs, leaving the flanks open to exploitation. The success of the new formation may encourage Lampard to firmly take on this style, but we will have to wait until their next match to find out whether this is the case.

Obviously, Chelsea’s aim is to finish in the top-four and partake in two consecutive Champions League campaigns, which looked to be a real challenge when the transfer ban was confirmed. However, with Manchester United, Arsenal and Spurs (and perhaps even Manchester City), dealing with a few early-season issues themselves, Chelsea’s chances of a top-four finish are looking quite promising after all.

Of course, there is a very long way to go until we know who will finish in the top-four and it’s probably important to point out Chelsea’s defensive issues. Lack of Premier League experience for a few players may have let the side down when they were faced with having to defend. It’s hard to forget that Lampard’s first game in charge ended in a 4-0 defeat at the hands of Ole Gunnar Solskjaer’s United, who are also on the hunt for a top-four finish. Only Norwich (12) have conceded more goals than Chelsea (11) in the first five matches of the season. The Blues may continue to struggle against attack-minded teams, particularly those well-organised enough to defend as well.

Let’s also not forget that Chelsea have this year’s Champions League to compete in. The Blues lifted the inferior Europa League trophy under Sarri last year, but the Champions League will be a significant step-up, especially with an inexperienced manager at the helm. Perhaps Chelsea can find inspiration from Ajax’s campaign last season. The Netherlands outfit put out a team with six under-23 players in the semi-final against Spurs and they were seconds away from playing Liverpool in the final.

Lampard’s men didn’t get off to a good start in their return to the Champions League however, losing 1-0 to Valencia at Stamford Bridge. Of course, there’s plenty of time to turn their group stage fortunes around, but the important thing is that the team doesn’t lose confidence after drawing a blank against the Spanish outfit. The Europa League holders weren’t able to finish their chances, but the opportunities were certainly there.

There’s plenty of ways we could approach this discussion. Should Southgate be inspired by the work that Lampard has done at Chelsea by utilising the young prospects he has at his disposal? Would an influx of ambitious youngsters serve to improve England’s chances at the Euro’s next year (touch wood! We’re not qualified yet)? Should Chelsea’s youngsters in particular be considered as the backbone of the next generation of English players?

With England doing pretty well at the moment, it can be difficult to pick holes in the national team’s performance, but the latest two victories for Southgate’s men have left much to be desired of the England squad. Perhaps there is something missing in the team that would allow for more convincing performances.

So let’s turn our attention back to Tammy Abraham. The 21-year-old has stated that he may not turn down the chance to play for Nigeria, should the opportunity arise. Should we be concerned of this happening and should Southgate act quickly and give Abraham the chance to feature in the next round of qualifiers?

The England boss was at Chelsea’s game against Valencia, so a call-up must be on the cards. Is it even unquestionable to ask; Harry or Tammy? Harry Kane is England’s top striker at the moment and he won’t be making way for anyone in the forward position any time soon. However, it would be no crime to suggest that Kane’s involvement in recent matches for Tottenham has diminished, whilst Abraham is causing a storm in the eastern areas of central London.

In the Premier League, Kane is currently averaging one aerial dual won per match, while Abraham is nearly averaging three, with seven against Wolves. Both players are known for their hold up play, but Abraham seems to be ahead of Kane on that front at the moment. However, Tammy hasn’t really displayed the ability to play that killer pass that Kane is so good at – see, for example, his assist for Lamela’s goal against Palace on the weekend.

What Abraham does possess, however, is a very well-established skill of playing a one-touch pass to his teammates, especially when under pressure from the opposing defenders, which ties in with his link-up play with fellow Chelsea players. Perhaps it would be beneficial for Southgate to transfer a few of these players into his own team and attempt to replicate similar moves in their next matches.

We know that Gareth Southgate doesn’t ignore rising stars and I fully expect to see Tammy Abraham at least featuring in the next set of Euro qualifying games. It’s whether Southgate can fit them into his plans effectively that will be fascinating to see.