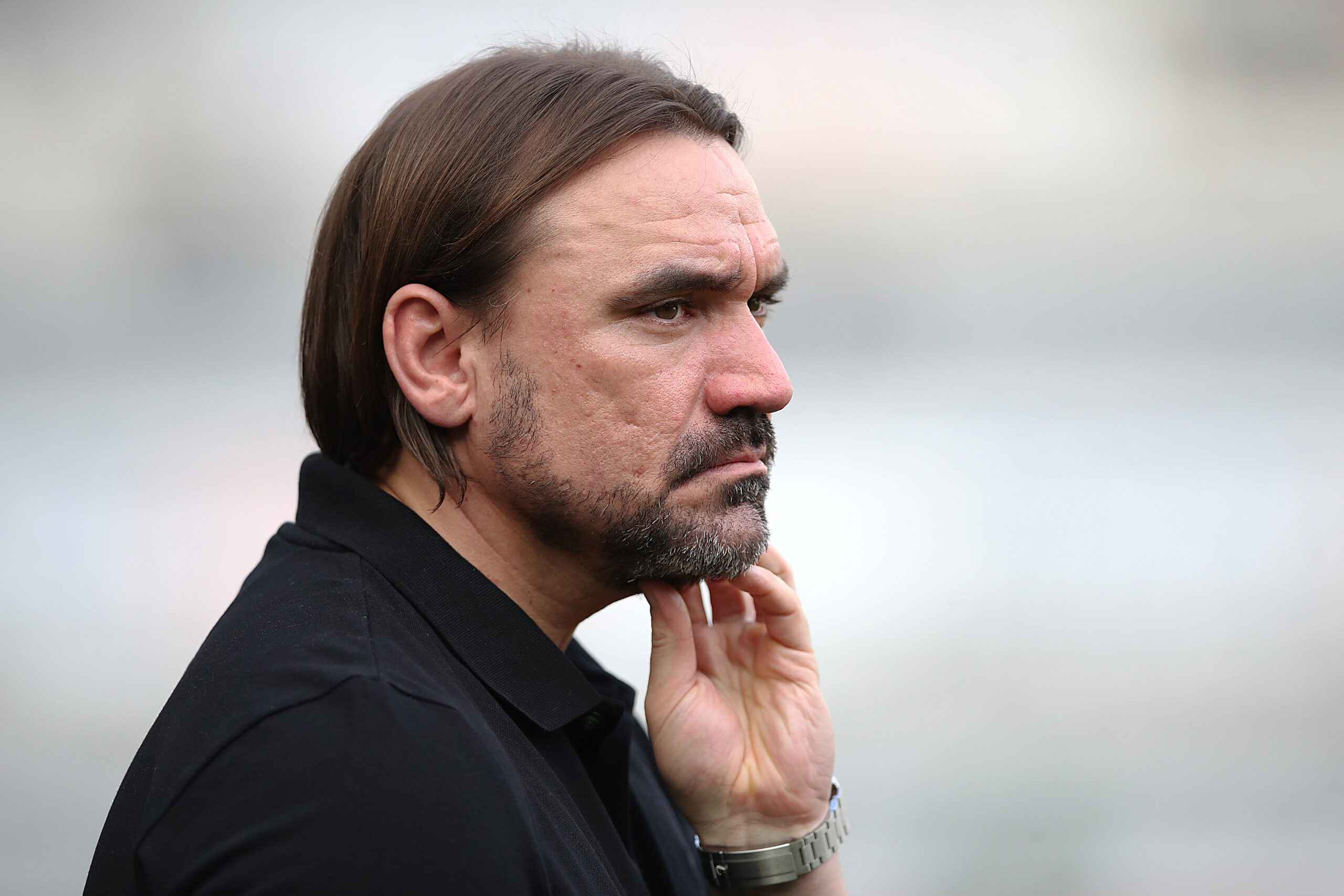 The dreaded drop: these three teams will be playing Championship football next season – opinion

While the Premier League’s ‘winter’ break brings stadiums to a stand-still, cameras to stand-by, and players the chance to quickly jet off to warmer climates, in the back-corridors and board rooms of those near the bottom of the Premier League this pause in the football means anything but a stop to the worrying.

As we move slowly through the twenty-sixth round of fixtures, and draw closer to the ‘ten-games-left’ marker, the relegation battle is only becoming wider and more uncertain with teams as far up as tenth throwing worried glances over their shoulder – anxious in the knowledge that as few as two losses in a row could see them thrown into the heat of the relegation fray.

A meager seven points separate Arsenal, who sit mid-table, from Watford who stand waist-deep in the drop zone in 19th, and it is truly unknown who will find themselves sailing away from the top-flight when the game-week clock strikes the dreaded ‘thirty-eight’.

Relegation means more than just Championship football. The broadcast money garnered by a single season in the Premier League, even by the team in last place and with as little as ten of their games televised, is equivalent to over two Championship seasons with the highest amount of TV money.

For a team higher up in the Premier League, one season can be worth as many as four Championship-equivalents. Such is the disparity between the revenue of the two leagues that teams that are relegated are given ‘parachute payments’ by the Premier League which are sums of money to help ease the fall. Yet even these are insufficient at times and clubs that fail to immediately bounce back can quickly find themselves in a financial struggle. Sunderland are perhaps one of the best examples of how a seemingly-established Premier League side can find themselves tumbling dramatically down the leagues.

Beyond this, the loss of Premier League football means less coverage both at home and abroad. With ‘clubs’ now more-akin to multinational companies than the community-run workers’ societies that they were a century ago, a wide and international fanbase has gone from a lucrative addition to something of a necessity for the bigger clubs – with some teams making certain signings to attract new supporters from specific geographic regions or countries.

This is all enabled, of course, by the world-wide coverage that the Premier League receives; but losing this could cut teams off from their international fanbases almost completely and would pose another risk to the clubs’ revenue – not to mention their reputation. Coming back up is hardy a certainty for relegated teams and if anything it is unlikely, and those teams that do climb back up often do so at the cost of huge amounts of investment that can be difficult to recover from even with the substantial Premier League money. All in all, relegation for a Premier League side can be an injury some struggle to recover from.

This makes the relief felt by teams lingering around the relegation zone that there is one team essentially ear-marked to go down even greater. When it comes to Norwich, there is already a certain amount of sadness both for what they represent and what they are. When they lost to Liverpool in the opening game of the season, many saw a bright future in store for Daniel Farke’s exciting team and this seemed all the brighter when they triumphed against Manchester City at home only a few weeks later.

Yet it was not to be. For all the exciting football, the hype around Teemu Pukki, the rise of Todd Cantwell, and Daniel Farke’s admirable honesty and persistence, the Canaries’ defensive fragility has left them with the most losses and goals conceded in the league this season. When they burst through the Championship last year they seemed like the new template for teams looking to survive in the Premier League – a team that sticks to its fast and exciting style – but the experiment has faltered rather than flourished. Daniel Farke said Norwich will need a “little-miracle to survive”…but we have seen those before. Could they unleash a surprise comeback? Stranger things have certainly happened.

Currently occupying the other relegation spots are two sides that probably did not expect to find themselves here after comfortable previous seasons. FA Cup finalists Watford suffered malignant form under both Javi Gracia and Quique Sanches Flores, but have been somewhat revived under escape-artist Nigel Pearson who has picked up over half (15) of their 24 points in his short spell at Vicarage Road and have gone from relegation-certainties to potential-escapees.

West Ham have also undergone a managerial change, but David Moyes’ reintroduction has not been as successful and they have still failed to win any of their last five. Watford seem more likely to slip away from relegation, boosted on by Pearson’s experience, but if, and this currently seems to be big if, Moyes manages to hit a run of form then this West Ham team has more than enough quality to make it out. Both teams have a similar group of fixtures left and both have games against Liverpool, Manchester City and Chelsea, whilst they play each other in game-week 36 – that fixture might just save one of them. Either way, expect at least one of these two have escaped before the gates are shut closed.

Both these sides sit on twenty-four points (West Ham have a game in hand), one less than 17th placed Aston Villa who are teetering above the drop zone. Villa have looked at danger all season, but a brief revival in form surrounding their Carabao Cup semi-final win has given them some respite and popped them just outside the relegation zone.

A flurry of January-window signings, including Danny Drinkwater and Mbawa Samatta, was supposed to help the Villa stay in the Premier League – but their reliance on Jack Grealish (and his ability to win fouls) seems more and more obvious as the season wears on. Their remaining fixtures seem to suggest danger is on the horizon as Dean Smith’s side have all of Leicester, Chelsea, Liverpool, Manchester United, Wolves and Sheffield United to play. As for their final game, a relegation do-or-die is on the cards: away to West Ham. It might just come down to that.

Bournemouth are only another point above Villa but have themselves recently climbed out of the relegation places. Eddie Howe’s team have suffered a slew of injuries throughout the season which has left them, at a time, without a whole starting 11. Fortunately for Howe, his players are slowly returning and the substitute appearance of Josh King provides him with another attacking option. This winter break will be a blessing for Howe, who will return to the Premier League after the break with a fresh squad and fresh hopes of survival. If the revival continues, the Cherries look set for at least another season in the top flight.

Brighton and Crystal Palace have 27 and 30 points respectively, and both seem to be on the trend of a good early season followed by a poor latter half that seems to only be getting worse. Palace are without a win in their last seven, and Brighton in their last six, with neither showing signs of breaking this form. As they both slide down the table, the chance that either of these teams ends up in the relegation zone increases, and we may find out which one it is when both sides play each other in three weeks’ time.

As for the rest – Southampton, Newcastle, Burnley, and Arsenal (all on 31 points) – there is less risk but it is not without danger. The Saints have shot away from relegation after a shaky start, with Ralph Hasenhüttl transforming the team mid-season but were it not for their poor start, they could have been well-amongst the tussle for European football.

Their work seems to have already been done, as does Burnley’s after some Dyche-Esque enthusiasm moved them up and away from the bottom. Newcastle have arguably done better-than-expected this season under Steve Bruce and do not look likely of falling away whilst despite Mikel Arteta’s Arsenal drawing four games in a row, they should be able to scamper to the end of the season in the mid-table spot they’ve found themselves.

Yet, for all these teams, there is still a risk: hit a bad run of form at the wrong time and they could find themselves amongst a relegation scrap that, right now, might seem remote. All these clubs will know that if you fall into a relegation battle unprepared and expect to get out with ease, relegation will be all but guaranteed.

Those three dreaded red spots are all now up for grabs – and the unfortunate winners of them will claim the most unwanted prize in British, if not world, football. Predictions are all so difficult when it is so wide open and we still have a third of the season left, but they are not impossible to make. Norwich look doomed, and I believe they are, especially with January and the chance to strengthen a weak defence come and gone. A solid defence is the first step to survival (it is also the best offence; a mantra which Chris Wilder has taken literally) and without one the Canaries are in for the drop.

Aston Villa have surely had a memorable season, and have a cup final to show for it, but I don’t think relying on Jack Grealish is a reliable strategy for a Premier League club. He’s a smart player with bags of talent but besides Tyrone Mings and John McGinn, Villa lack Premier-League quality and it will show when crunch time comes.

There is a rotten feel around West Ham currently: that for all the money they have spent and the promises made to the fans, there is a little in the form of proper organisation behind the closed doors of the London Stadium – a ground supporters were told would soon host European football.  David Moyes’ reappointment may eventually help them, but it will be in promotion back to the Premier League following relegation this year. I don’t see them having enough this year, in their morale or desire to fight to escape a brutal relegation fight and they will go down as the first team to have a 60,000-capacity stadium in the second tier of English football.

I am prepared, of course, for these predictions to be completely wrong now that I have made them, but from how it stands right now this seems, to me, to be the most likely outcome. That would mean Watford escape, and Bournemouth survive their own scare, and we are left with what looks to be, on the face of it, only one Hammers-shaped relegation surprise.

But if you had told fans at the start of the season how the league looked at this stage, they might be more shocked by the lack of a team rather than those who are there. An innumerable amount of pundits readily nailed Sheffield United on for a bottom-of-the-table, swift relegation – and yet they seem the most likely candidate for a Europa League place. Chris Wilder’s team have shown that sometimes it isn’t 4-3-3’s and expensive names that are needed to be proper and successful Premier League side; it’s a fight, effort, and trust in a working system and manager and it is this advice that teams in the relegation zone may just want to follow.