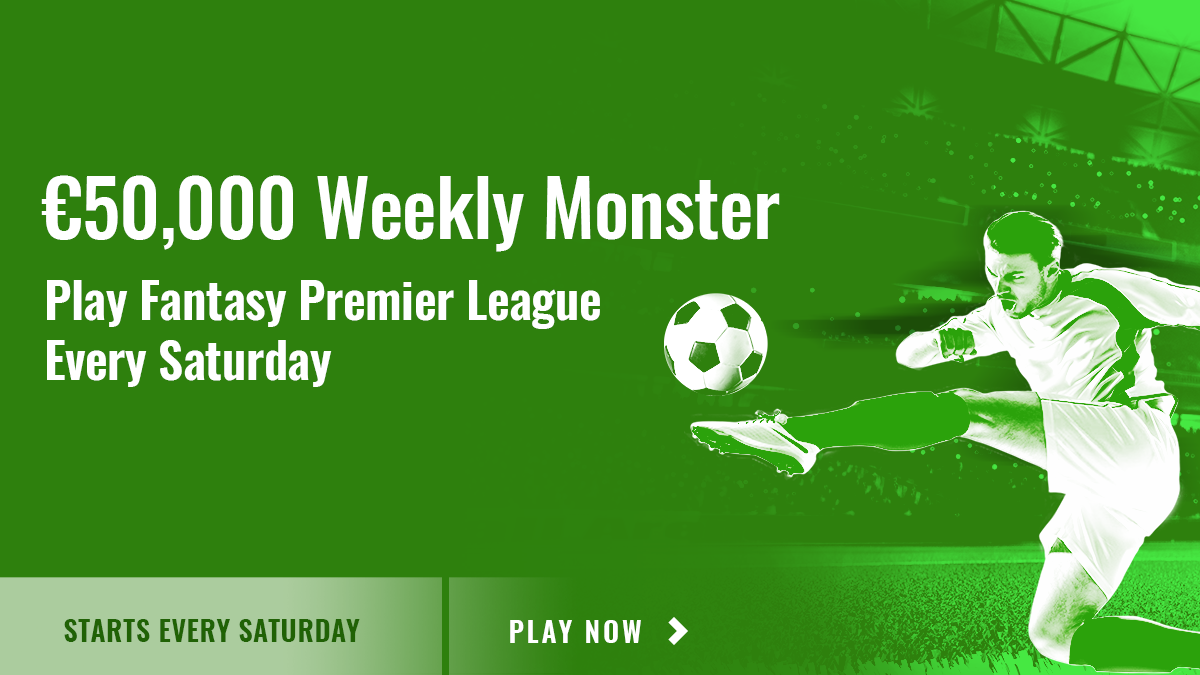 The €50,000 Weekly Monster with Fanteam! PLUS PLAY FOR €200 THIS WEEKEND FOR FREE IN THE ROOKIE PL FREEROLL!

The squad at Fanteam have pulled yet another rabbit out the hat with their €50,000 Weekly Monster tournament. If you’re a fantasy football fan and you are not familiar with Fanteam, first of all, where have you been? And secondly, check out everything you need to know here!

In a nutshell, imagine playing the official Fantasy Premier League game; but instead of playing for bragging rights, you are playing for life changing amounts of money. With three separate tournaments to play in, all at three different entry fees, there is something for everyone in the Weekly Monster. And, as the name suggests, this is a weekly tournament, not just a one off! 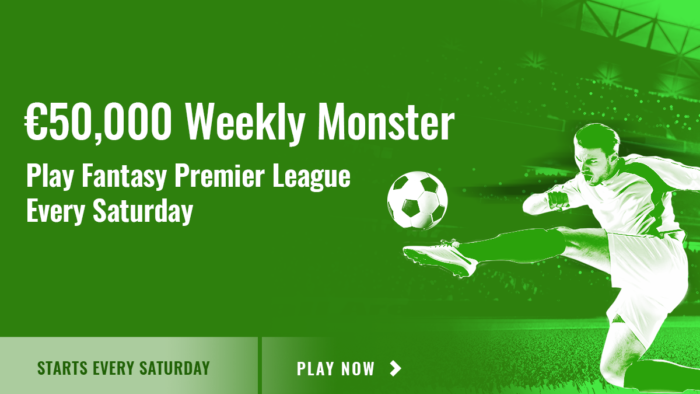 What exactly does the tournament entail? Well, £100m budget, 11 players (at slightly inflated prices due to only having to select 11 players and no substitutes), all the gameweek’s Premier League fixtures (excluding the early kick-off between Liverpool and Newcastle because nobody wants their gameweek ruined before the Saturday 3pms!) and one aim – win money! And you win money by putting your FPL expertise to the test. If you back yourself as a decent FPL manager, now is your chance to start earning some serious money. All those hours spent pouring over stats from last season, this season and the international break will be worth it! Time to put your money where your mouth is and use your fantasy football knowhow to win yourself some cash.

And the rewards? In the €2 buy-in, the prize pool is €7,000, with the winner collecting just shy of €750. With 4,200 spaces up for grabs, the top 234 managers win money. In the main event, the €50,000 weekly monster, the winner will scoop over €6,500! There are four figure cash wins for each of the top 12, and potential big wins for dozens and dozens of people! The buy-in is €20 and there are just 2,777 available spaces. And for the bravest souls, the €200 buy-in with a prize pool of €6,000. Doesn’t sound too appealing? There is only a maximum of 35 competitors allowed! Once again, a full breakdown of the huge cash prizes can be found here. Please note the limited amount of spaces in each tournament – so act NOW if you want to be in with a chance of winning!

With regards to the points scoring system, a full breakdown can be found here. But it is pretty much identical to the official FPL game, with a few minor changes. A notable change change for the Weekly Monster is the stacking rule, whereby you will be penalised for stacking your defence full of players from the same team. If you do use more than one, the second will be hit with a 1-point penalty, -2 for the third player etc….

So, now for the fun bit. Creating the team! See my team below and build your own here! 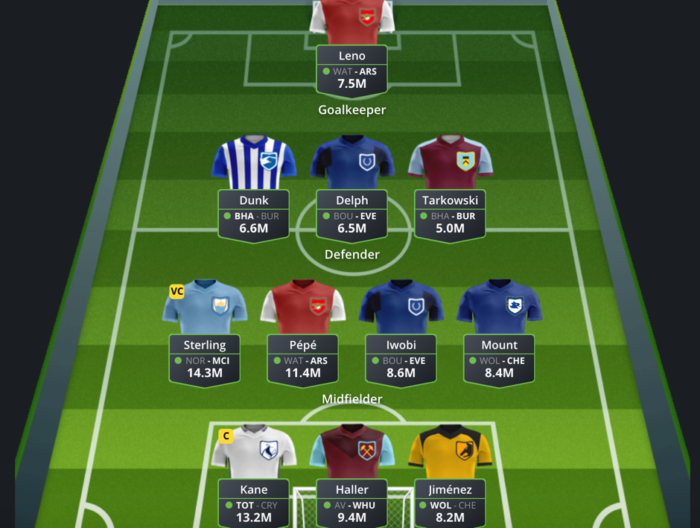 Starting in goal, Bernd Leno is at a very decent price. Remember – the prices are all inflated due to only having to pick 11 players, not 15! Admittedly, Arsenal’s defence has looked dodgy, but Watford have looked awful so far this campaign, leading to one of the earliest managerial sackings in recent Premier League history, saying adiós to Javi Gracia. I am expecting an Arsenal clean sheet.

The defence follows the goalkeeper theme: budget. I don’t normally have defenders playing against each other in my team, but surely one of Brighton and Burnley will be able to keep a clean sheet, right?! Not to mention Lewis Dunk and James Tarkowski both have excellent set piece prowess. Would a 2-2 draw with a brace from both be too much to ask for? As for Fabian Delph, I quite simply cannot resist a midfielder who is registered as a defender. With him playing in a more advanced role for Everton compared to last season with Manchester City, watch his attacking output improve immensely.

Now come the big boys. It is impossible to ignore Raheem Sterling, who continued his electrifying Premier League form into the international break for England. Against a shaky Norwich City defence I am expecting AT LEAST two goals, two assists and a clean sheet. Wishful thinking? I think not. Nicolas Pepe is my other premium midfield option. He has looked lively since coming into the fold, and with Alexandre Lacazette missing out this weekend, he is now a guaranteed starter for the Gunners. Watch him hit the back of the net against a struggling Watford side. Both Alex Iwobi and Mason Mount have shown their goalscoring ability for their respective clubs in recent weeks. Fingers crossed for more of the same from two players with a point to prove.

Up front and where better to start than the one and only, El Capitano, Harry Kane. Four goals in two England games over the past week, home to Crystal Palace, this has captaincy pick written all over it. There is of course an argument for Sterling, but I’m backing Kane’s home advantage in the captaincy pick for this week. He is joined by Sebastian Haller, who looks a very tidy player with an eye for goal and Raul Jimenez, who I am hoping will take advantage of a very leaky Chelsea defence.

Build your team, join up and win BIG here with Fanteam’s €50,000 Weekly Monster!

Still reading? Your reward is free entry to the €200 Rookie PL Freeroll! Functioning the same way as the Weekly Monster explained above, but with no entry fee, this is a great opportunity to get used to how Fanteam works – and still win some decent cash! Sign-up for the event is available through the Fanteam website by clicking here!

Also, there is the small matter of the Champions League coming next week, and you already know that Fanteam have got you covered!