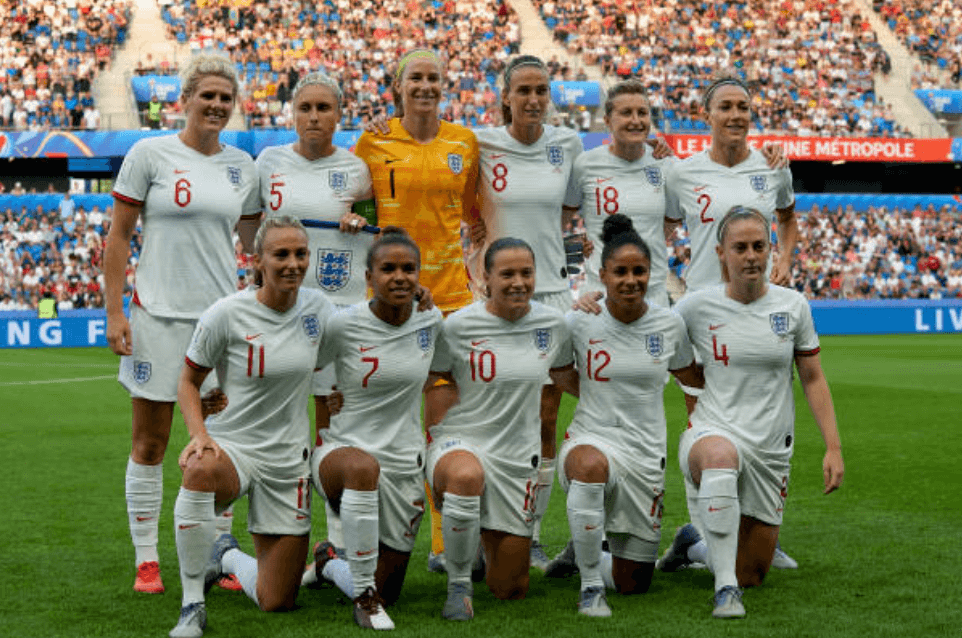 The future of the pride – what’s next for Phil Neville and the Lionesses after disappointment in France?

After Phil Neville’s England faltered in the World Cup semi-finals last week, this year’s women’s World Cup saw the United States of America take home their fourth trophy in eight attempts as they staked their claim as one of the best national teams of all time.

The US seemed to be a cut above the rest in France as they powered towards retaining their title, scoring 26 goals in seven games in the process. Although Megan Rapinoe and Co put 13 of those goals past Thailand, this means another 13 goals were scored against some of the worlds best teams which highlights just how impressive they were.

Yes, they were the best team and deserved to win the trophy but some teams will feel like it was a chance wasted. With Japan in a rebuilding process and Germany being knocked out by Sweden in the quarter-finals, the US were the team to beat and sides did come close.

The host nation France were just edged out by the Champions and England were denied by the closest of offside decisions which VAR ruled out. Alongside this, captain Septh Hougton’s missed penalty denied the Lionesses the chance of taking the champions to extra-time and the chance to progress to the final.

Whilst VAR left the England team dejected, they cannot blame it for their shortcomings. Phil Neville admitted that they did not take their chances against the US and did not want VAR to hog the limelight like it so often did at this tournament.

England will be disappointed they didn’t reach the final as years of development and new management under Phil Neville had visibly raised confidence levels to a new high. The Lionesses had hit form and Ellen White looked like she couldn’t miss the target – her six goals saw her finish joint top scorer for the tournament.

They found their stride with two 3-0 victories in the knockout stages over Cameroon and Norway but they seemed to run out of ideas when facing the best side in the world. England are a team that are still developing and this experience will be valuable for all involved whilst Neville, who has been praised for his tight relationship with his players, will make sure that the loss does not damage their confidence.

A new wave of stars are also likely to be representing their nation by 2023, as a lot of players in the squad are in the closing stages of their international careers. With the wave of popularity that surrounded this World Cup, the women’s game now has the momentum to take the game to a new level of recognition that it has to take advantage of. With the 2020 Olympics in Tokyo and the Euro’s taking place in England in 2021, the Lionesses have a chance to grow and prove they can become one of the worlds best national sides.

But how can the Lionesses do this? If some of their best players aren’t at the next World Cup, who takes their place?

There’s been plenty of talk about what direction women’s league football will go in the UK. The ever growing popularity of the game has seen a rumoured Premier League link which would provide a huge and unprecedented amount of investment into the game. This would be a perfect opportunity for the game but only if the investment goes towards youth systems, unlike their male counterparts who have used the millions of pounds to buy proven talent with a tendency to neglect their own youth systems – leaving the national team short of the talent which they possess now.

There needs to be enthusiasm in developing and coaching the women’s game from a grassroots level. This happened in the men’s game with the restructure of the FA coaching guides which has seen talents such as Dele Alli and Phil Foden emerge. This restructing has also bought about success at youth national levels, excluding this summers U21s Euros performance, but the men’s game admittedly has excessively more funding. While the injection of money potentially coming into the game can go either way, fans will hope that in the womens game it goes into the development of youth football and developing future national stars.

Another idea that they could benefit from is a corroboration between the men’s and women’s clubs. An interesting fact was shared by Gabby Logan at half time in the final between the United States and the Netherlands on Sunday. In this World Cup, seven of the squad members played for or came from Sunderland – a club who had a link with their men’s team.

Since that relationship has stopped, the number of Sunderland players in the national side has plummeted but it does show that with a commitment to the female squads, they can produce players who can reach the national level. If this is happening at every top team then it will surely improve the standard of player coming into the national side.

There are contrasts between a country like the UK and the US in terms of how they run football domestically. The UK’s domestic league provides a competitive level of club football at a senior level and there is impetus placed on the importance of both domestic and international level. The US focus much more on national football and like most American sports, their talent is developed through college sports which leads to participation from greater young females in the game.

How do the UK increase and reach similar levels of participation though? They must look to grassroots and developing more girls teams at an amateur level to feed talent into competitive clubs. This is not just an issue that needs to be solved in the UK – the lack of investment in the sport makes it incredibly difficult to develop domestic football around the globe. Hopefully, the excitement that this World Cup generated will lead to an influx of young girls with a will to play the beautiful game.

If the potential investments are used effectively then it bodes well for the future of the womens game. For English football, developing youth systems needs to be the main focus. Neglect this potential development and the national side could follow the same route as the men’s team, falling short at the last few hurdles instead of crossing the line.

The lack of direction in developing young players led to an overhaul of the FA’s coaching structure. While the men’s game had to completely restructure, the women’s game can continue to build on the reputation it has developed. Although England did not come away from France with a medal, the inspiring performances that they displayed will surely have motivated some of the next generations of players that could be playing for England in years to come.