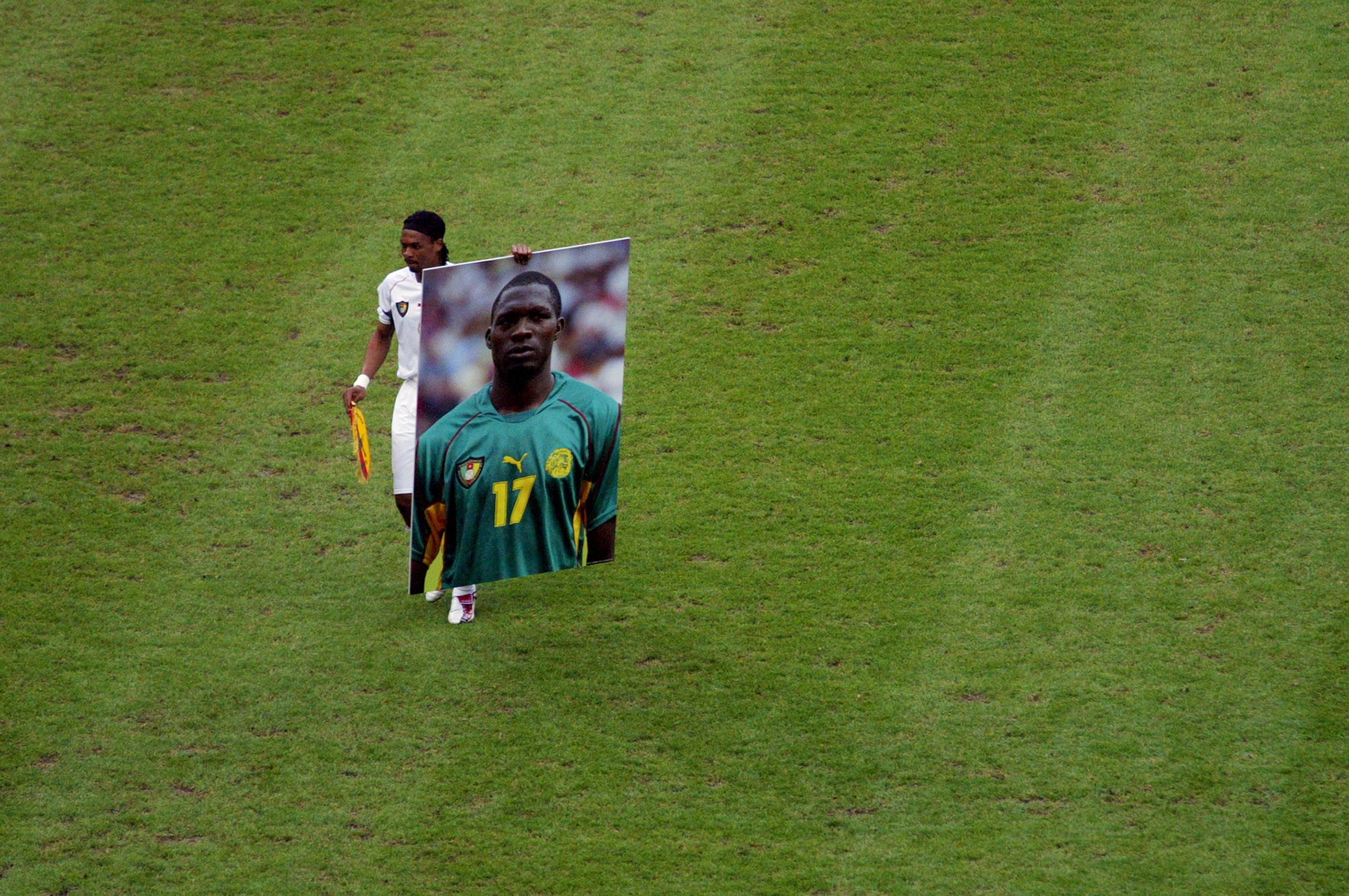 The tragic reason Man City never give out squad number 23

On 26th June 2003, Cameroon lined up against Colombia in the semi-finals of the Confederations Cup. Having qualified as winners of a group containing Brazil, Turkey and USA, there was hope that the Indomitable Lions could go all the way.

They took an early lead through Pius Ndiefi and would go on to win the game 1-0, but the match would forever be remembered for the death of Cameroon midfielder Marc-Vivien Foe.

The 28-year-old collapsed with no players around him in the 72nd minute. Despite being stretchered off the pitch and receiving immediate medical attention, doctors failed to resuscitate him and he was pronounced dead sometime later.

The impact of his death was far and wide. Tributes were paid during France’s victory over Turkey in the other semi-final later that day, while there was talk of the final being abandoned as a mark of respect.

The final was to be played however, with a Thierry Henry golden goal winning the game for France in extra time. France captain Marcel Desailly and his Cameroonian counterpart Rigobert Song walked out holding a large picture of Foe, before jointly lifting the trophy at the end of the game.

Floods of tributes poured in from across the world, demonstrating just how popular Foe was both on and off the football pitch.

Foe began his career at Canon Yaounde in Cameroon, before making a name for himself at French club Lens. He moved to Harry Redknapp’s West Ham in 1999 for one season before returning to France with Lyon.

After two years at Lyon, Foe returned to England, this time joining Manchester City on loan. This was arguably his most impressive club spell, returning nine league goals over the course of the campaign including the last goal scored at Maine Road by a City player.

City were reportedly set to battle for Foe’s permanent signature following the conclusion of his loan, but never got to see him in action again. Boss Kevin Keegan was among those to pay tribute, with City officials confirming that Foe’s number 23 shirt will be retired.

Former clubs Lens and Lyon also retired the number 17 shirt he wore at both clubs, though Lyon have since reissued it, since Cameroonian midfielder Jean Makoun was allowed to wear it in 2008.

Retiring numbers is not as common in football as other sports, in particular in England. Of the current Premier League clubs, there are only four retired numbers. In addition to Foe, West Ham have retired numbers 6 and 38, in memory of Bobby Moore and Dylan Tombides, while Wolves retired their number 1 shirt as a gesture to Carl Ikeme, who was forced to retire on medical grounds after a battle with cancer.