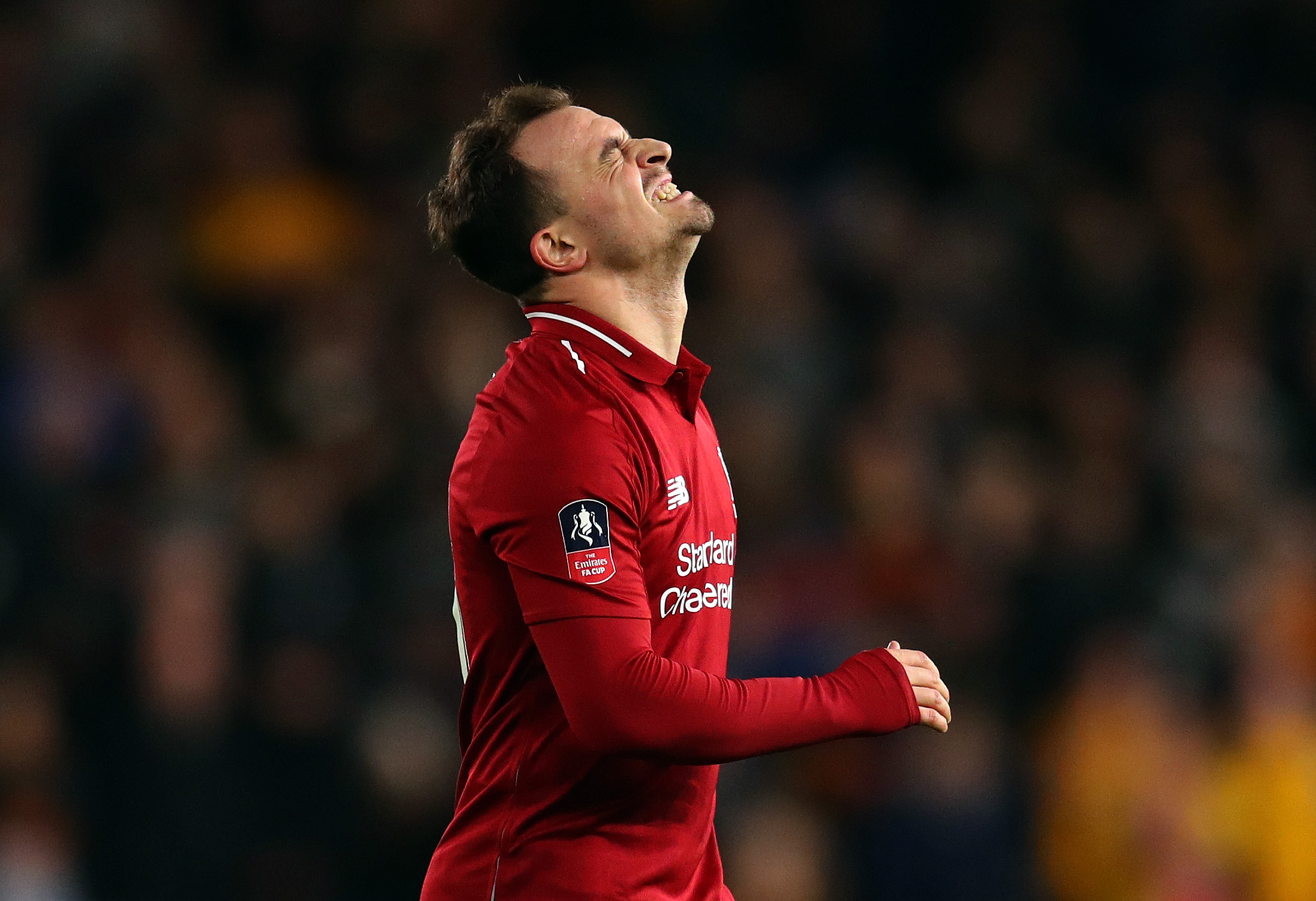 When Stoke City were relegated to the Championship, Xherdan Shaqiri was in no mood to hang around saying it was “no secret” he would be exiting the club in search of another Premier League side.

The winger wasted no time in joining Liverpool for £13m on a five-year deal, though nearly midway through the second year of that contract he has not featured as often as he may have expected too.

As Liverpool missed out on the Premier League title by a single point, the Swiss international played a predominantly supporting role, making 11 starts and 13 substitute appearances. Though his contribution was valuable when he was present on the pitch, he scored six goals, including two against Manchester United to seal a 3-1 victory.

However, this season has been a different story, and he has been reduced to just three substitute appearances, totalling 14 minutes. Part of the issue is the players Shaqiri is competing against, Sadio Mane, Roberto Firmino and Mohamed Salah, are at the top of their game, all making the shortlist for the 2019 Ballon D’or.

The other side of the problem is he has not yet shown on a consistent enough basis that when that trio are misfiring, he is the man to step up and lead the charge. Instead, Divock Origi has laid claim to that spot with his Champions League heroics.

Liverpool’s Belgian striker has been rewarded for his efforts last season with ten appearances in the Premier League along with three in Champions League, though ultimately, they have yielded just a single goal. If Origi’s poor goal return continues, then Shaqiri could be given another stint in the side. Though if that was to happen, to remain at Anfield he must rediscover the swagger he had in decisive moments last term.

With Liverpool currently looking at playing at least ten fixtures between now and the end of 2019, Klopp may well bring the enigmatic Swiss winger back into the side. If he is presented with an opportunity to jump ahead of Origi and step in when others are injured, fatigued or misfiring he has to look to himself to “find a solution” (Langenthaler Tagblatt via the FourFour Two) otherwise the solution to the remainder of his career might be elsewhere.