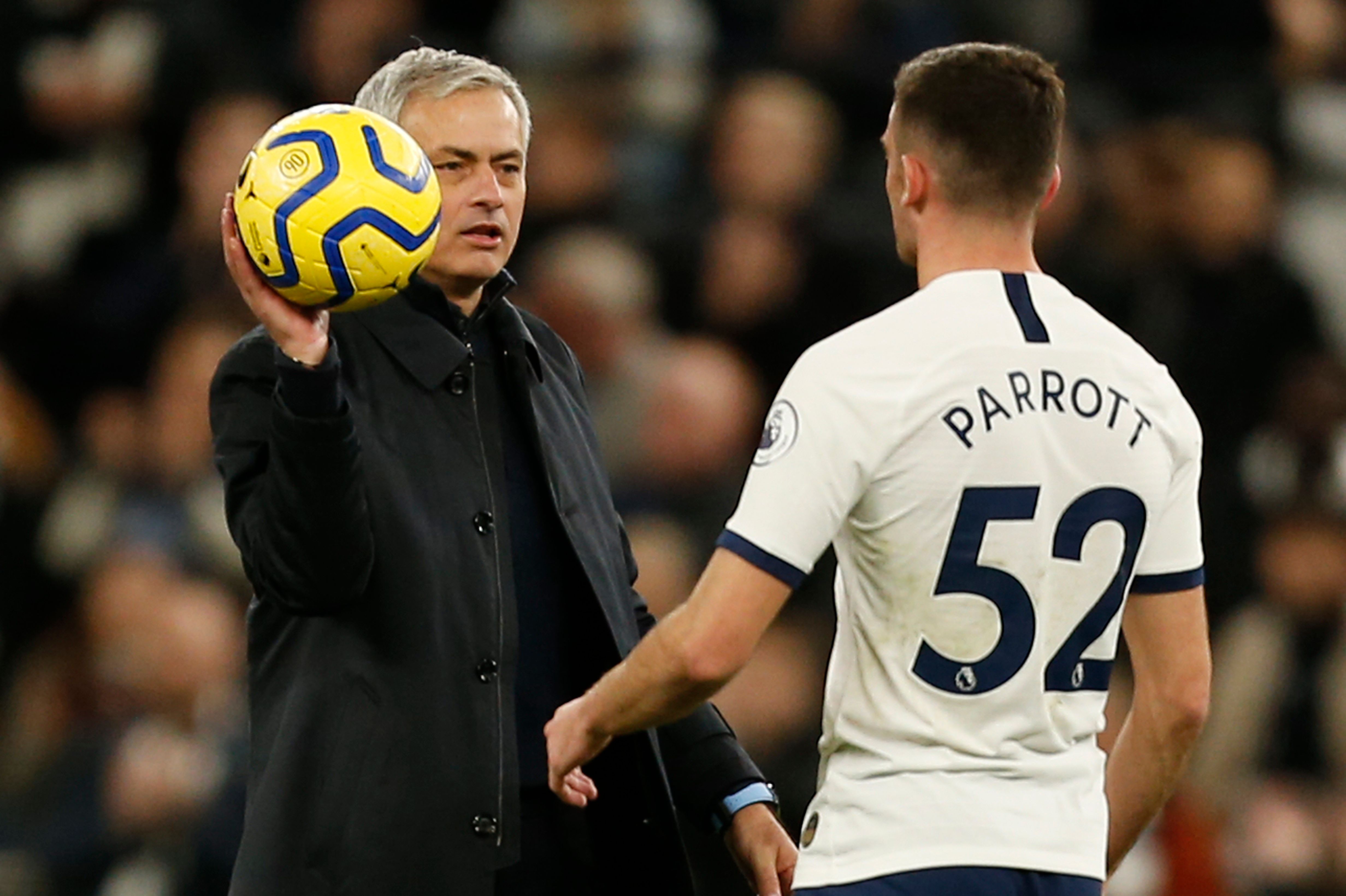 17-year-old Troy Parrott could be set to lead the line against Bayern Munich on Wednesday night as Jose considers his options for the trip to Munich, according to reports in the Daily Mail.

The youngsters has made seven appearances this season with four of these coming in the UEFA Youth League. He did make his Premier League debut on Saturday as he was brought on for the last five minutes for Deli Alli as his side thumped Burnley for five.

The Lilywhites have already qualified for the final 16 in the Champions League this season and they can’t catch their hosts on Wednesday, as they already sit five points ahead of them, winning five games out of five. This gives Mourinho the chance to play around with his side and introduce some fresh legs to ensure his side are fresh for their next Premier League game away to Wolves on Sunday.

The chance to rest players means that Harry Kane will likely be given a place on the bench/possible rested totally which does open the door for the youngster. Since his arrival, Mourinho has taken a liking to the 17-year-old and even gave him the match ball against Burnley to remember his first appearance in England’s top-flight – something Mourinho made a point of as he took the ball from midfielder Son Heung-min after the final whistle.

Despite Mourinho possible starting the youngster, he may be required by the U19 side, who need to beat Bayern’s youth and hope the other result in the group goes their way to qualify for the knockout stages. The Republic of Ireland striker has scored half of Tottenham U19’s goals in the competition whilst also notching up one assist meaning he will be missed if he is to make the senior set up.

He has already made his senior international debut for the Republic of Ireland last month as he started in the 3-1 friendly win against New Zealand. His international manager, Mick McCarthy stated on the youngster, “He’s a bright, very intelligent footballer that’s very good with the ball at his feet. He did some really good things in training.”

Tottenham have been linked with securing a back up to Harry Kane this January and Jose Mourinho reportedly sent scouts to watch Edin Dzeko in Roma’s 3-1 win at Verona. Therefore, Troy Parrott may feel like this is his time to step up and show his worth as a second fiddle to the Tottenham captain.

Whether he starts in Munich or not, the youngster surely has a bright career ahead of him and we may be hearing alot more about him this coming season and the seasons ahead.