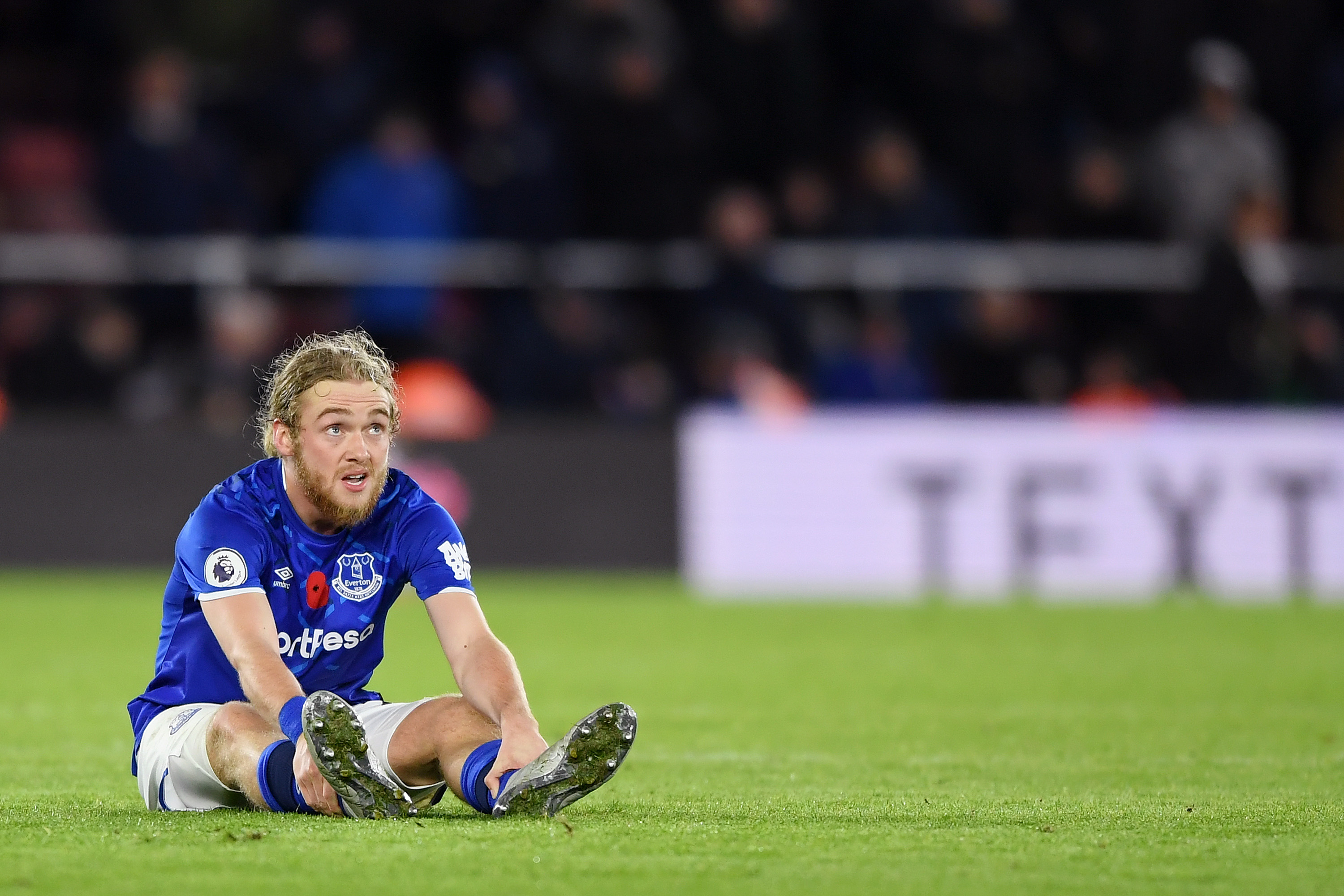 Everton are in free fall. No doubt about it. Rumours have been swirling around all week regarding Marco Silva’s future at the club and players are not stepping up in a time they most need to. They need some strong performances and can Tom Davies, their England u-21 midfielder and hometown kid be that man?

After Andre Gomes’ horrific injury and Jean-Phillippe Gbamin out till January, Everton are short in midfield. Fabian Delph, Morgan Schneiderlin and Tom Davies are the three men that Silva has been relying on and while they are in a rut as a team, there is a chance for either of these men to solidify their place in the team.

Davies appears to be doing that. He has started six of his eight appearances this season and these six starts have all come in Everton’s last six Premier League games. Having already featured 83 times for his home club, the 21-year old is showing his worth and has become a fan favourite at Goodison Park.

How does he perform?

Davies has shown plenty of potential in his short career. Every Everton fan remembers him leaving Yaya Toure on the floor as he ran half the length of the pitch before dinking the ball in Manchester City’s net in a 4-0 dismantling in Pep Guardiola’s first season. Since then the long haired box-to-box midfielder has been a star in the eyes of many Everton fans.

He is not the biggest threat in front of goal, only managing five and assisting four in his Premier League career yet Davies stats for a player that has only started six times this season shows how he is quickly becoming an invaluable asset to his club. In his six starts, Everton have earned two of their four wins, in which one of those games he scored.

He definitely has a presence on the pitch too and be averages 30 passes per game and can be deployed in either a defensive or attacking position and still have an impact.

Defensively is where the youngster impresses most. In his eight appearances, he has made 12 tackles, 13 interceptions, 49 recoveries and won 41 duels. He is a busy man on the pitch and these stats show this. His work on and off the ball shows him as an all-rounder and whilst he does not lead any statistic tables, he places highly on them all for a player with fewer appearances than most.

Silva needs to find his best team and sometimes it is not a case of starting your most experienced or ‘best’ players. Davies, a fan favourite and a hometown player committed to the club are reasons separate to his performances that show why he should start frequently.

When strong performances have been needed, he has put on a display. His goal against the Saints was crucial and his busy nature provides extra cover in both attack and defense. The England under-21 deserves his game time and can be Everton’s saviour in their time of crisis if he can stamp his place on the starting XI.