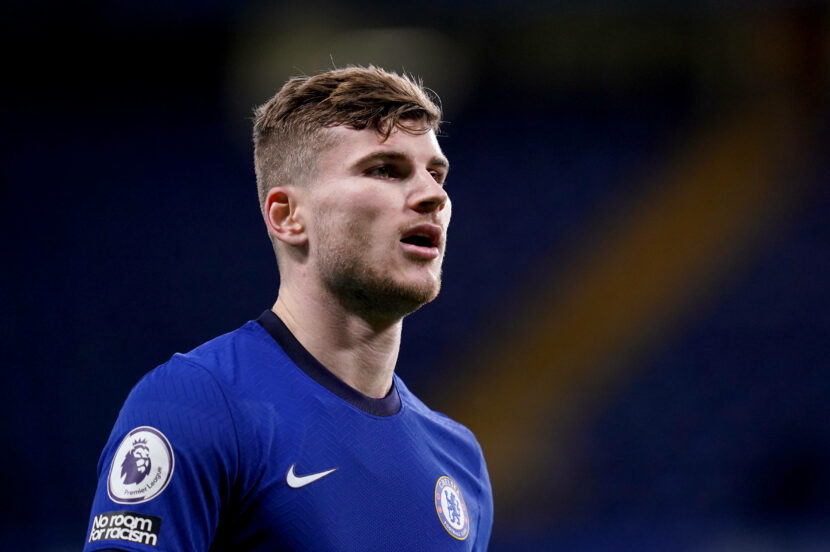 Timo Werner has missed a shocking 23 big chances this season – which is more than any other Premier League player.

Timo Werner’s first season at Chelsea could have gone a lot better. His woeful finishing was evident yet again as he missed a sitter against Real Madrid in the Champions League on Tuesday night. The German star signed for the Blues last summer, bringing a reputation as one of Europe’s best strikers. But his £53million move to west London is still yet to pay off.

Chelsea scored a vital away goal in their Champions League semi-final first-leg, but Tuchel’s side should have secured a stronger lead to take back to Stamford Bridge if they had been more clinical.

Werner squandered their biggest chance, only 10 minutes in as he failed to beat Thibaut Courtois from six yards out, after Christian Pulisic put it on a plate for him. Two away goals would have been a huge advantage for Chelsea, but instead, they must settle for just one.

The German striker scored his first Premier League goal since the middle of February against West Ham on Saturday. Chelsea won the crucial game 1-0, but Werner did also miss another sitter, missing the target following a rebound. A frustrating few weeks for the German.

Tuchel has played Werner in a number of positions since he has taken over, implementing him in his 3-4-3 formation. But recently Tuchel has admitted Werner’s tendency to miss “big chances” is now becoming a frustration: “He missed a big one at West Ham and now he’s missed a big one here, that does not help.”

“I don’t feel we are pointing fingers but of course the strikers want to score, to do it for themselves and the team. This is the highest level and when you have a good half an hour like we did with so many chances and half chances, then yes we’d wish for more composure and more precision in the decision making and finishing”.

Werner has just six goals and nine assists in 31 appearances for the Blues this season. To put that in context, Harry Kane and Patrick Bamford are joint third on the list (as categorised by Opta) with 21 big chances missed each. The difference is, they score goals.

Kane has an incredible 31 goals for Spurs, which is almost three times Werner’s total, while Bamford has netted 14 times for Leeds, who were only promoted this season.

Chelsea have some very tricky final games of the season. Within their next seven games, they face Real Madrid, Man City, Arsenal and Leicester twice.

Some big games, but inevitably some huge opportunities. Werner hasn’t been at his best all season, but if he performs at his best and puts away his chances, he could become a Chelsea legend if he helps bring home the Champions League and FA Cup in the coming weeks.