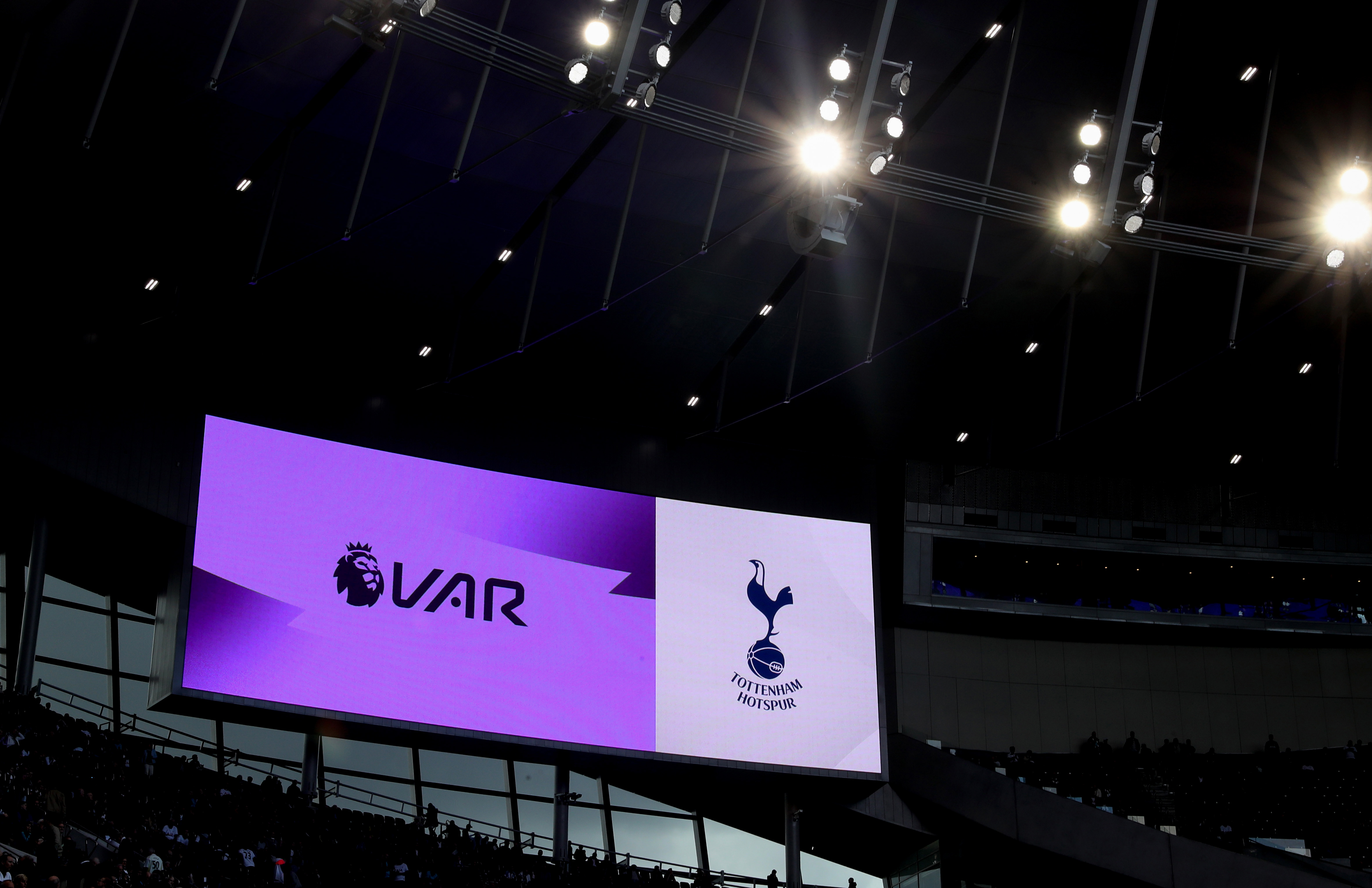 Watford still await their first win of the season as Tottenham managed to claw themselves level after being 1-0 down for 80 minutes of the match.

A game which saw Spurs go behind in the sixth minute ended in a dramatic and somewhat confusing fashion in what was perhaps the culmination of embarrassing moments for video assistant referees in the Premier League.

Tottenham’s abysmal run of form of late doesn’t seem to have improved at all over the international break, as Watford’s Daryl Janmaat sent a long cross along the ground to find Doucoure, who finished smartly into the bottom left corner. Although you can’t take anything away from the pinpoint cross from Janmaat, his French teammate couldn’t believe his luck as the Spurs defenders had failed to get anywhere near cutting the cross out and Doucoure practically had a tap-in.

As expected, for the next 80 minutes, Watford defended their lead admirably but also created a number of decent chances to really put the game to bed. A bit of extra confidence for Watford could have clinched them a worthy victory on the day. However, in some bizarre circumstances, Spurs were able to equalise with four minutes of the ninety to play.

Dele Alli seemed to control the ball with the ambiguous area between his bicep and shoulder before hitting the back of the goal. Foster was vacant from between the posts while trying to collect a header from his defender. The goal was checked for handball using VAR but was eventually given by the referee Chris Kavanagh, but the fact that it could have been construed as a handball offence by Alli wasn’t the end of the controversy, and this will be explained in the section below.

Despite the late jubilation for Pochettino’s men, a 1-1 scoreline against a team who had picked up three points from nine games is pretty abysmal. Although Watford defended well throughout the match, neither team will be happy with the result and will be pondering their options ahead of their next matches.

Handball? Well yes, but actually no

Overall, the decision to give the Tottenham goal wasn’t overly controversial – spectators have watched the incident many times and have come up with different conclusions on whether it was handball or not. Ultimately, it probably would have been harsh to overrule the goal based on such fine margins, but VAR hasn’t had a problem with that so far this season.

Regardless, the referee signalled that the goal was legal after a VAR check, but the four huge screens around the Tottenham Hotspur stadium stated “NO GOAL”, leading to a mass of confusion for the spectators, players and even the referee, who had to confer with the VAR officials for a second time before awarding the goal.

This breakdown in what should be simple communication resulted in potentially the biggest calamity that has been brought about by the joke of a system that is VAR. The BBC 5 Live commentator John Murray put it bluntly into words; “you’ve gotta press the right button”. This potentially begs the question, did the VAR official actually press the wrong button? What if VAR had deduced that there was an infringement and the goal shouldn’t have been given, and it was in-fact a mix up in communication in this sense?

Nothing going right for Tottenham

It was yet another dismal performance from Spurs, particularly in the first half. Like they did against Brighton in their last Premier League fixture, Tottenham conceded a goal within six minutes, which made it incredibly difficult for them to get back into the match; as the opposition gained confidence and concentrated more heavily on defending the lead for the remainder of the game.

There’s no single area of concern that seems to be leading to Spurs’ poor form – it appears to be a combination of a number of factors. The players take a good portion of the match to actually get going, much of the midfield and defence look lazy and lethargic, the passing is sloppy and this all leads to a huge drop in confidence that is ultimately brought on by themselves.

You get the feeling that a big victory for Spurs could get them out of this slump. Having said that, a well-fought 2-1 win against Southampton, who had an extra player for the majority of the game, was not enough to spur the team onto a change in fortunes. Their next game is an important Champions League fixture against Red Star Belgrade at home – a game they really could do with winning and winning comfortably.

Can Watford take confidence from this result?

A pretty crushing set of circumstances meant that Watford remain the only team yet to win in the Premier League this season. The Hornets played well to keep out Spurs for 80 minutes and offered a fair amount of threat while attacking the home side’s goal. Their finishing let them down in the end, as they could have put the game to bed with some decent chances on goal. Let’s also not forget the shambolic decision not to award a penalty after Vertonghen’s sliding tackle on Deulofeu.

But with the Premier League table looking so tight after nine matches, four points for Watford is far from a catastrophe. You can see the improvements starting to trickle into the team’s performance now that Quique Flores has returned as the manager. Watford made a pretty good statement on Saturday with a very convincing performance that led to a draw against Tottenham which, despite taunts from other top clubs, is no small feat.

It’s often the case that the teams in the bottom three after the first ten games eventually break out of their poor start of the season and end the season comfortably safe from relegation. Watford do seem to have the capacity to do such a thing, while the newly promoted teams usually get dragged into the relegation battle further into the season. Watford will hope that they can use Saturday’s draw to rejuvenate themselves and claw their way out of the bottom three in the next few matches.

Is the formation hindering Spurs?

It would be unfair to say that Pochettino isn’t trying anything different each week – the Argentinian does make slight changes to the formation week by week, but there is a certain area of the pitch that seems to be causing problems week in week out.

Pochettino seems rather insistent on playing at least two holding midfielders with a combination of two or three of Ndombele, Winks, Sissoko and Dier. The defensive midfielder position has been one of the most important positions on the pitch for Tottenham in recent years, with the ghost of Mousa Dembele currently haunting the team.

While the new signing Ndombele has impressed at Spurs and Winks did enough to earn an international start against Bulgaria recently, neither of these players have mastered the act of protecting the centre-backs behind them when faced with a counter-attack. The same can be said for Sissoko and Dier, who haven’t really done anything impressive all season. Perhaps Spurs ought to start playing an extra attacker in order to overload the opposition, with one central defensive midfielder on the pitch who will stay back and guard the defensive third.

Watford robbed of their first win

As much as VAR has been criticised this season for sucking the joy out of the game, I don’t think there has been an occasion where it has been utilised so poorly as Saturday’s match between Spurs and Watford. Not just for the antics regarding Dele Alli’s goal, but also for Vertonghen’s tackle that is about as close to a clear and obvious penalty as you can get.

To describe it in more detail, Vertonghen slid into a nonsensical challenge on Deulofeu, who was probably about to unleash a dangerous pass across the face of the goal. The Belgian could easily have pulled out of the challenge but continued to dangle his legs in front of Deulofeu’s with a futile attempt to get the ball, and the Watford attacker went down in a fairly natural manner. Chris Kavanagh didn’t give the penalty and awaited VAR confirmation of the incident.

But that’s fine because the video assistant referee gets to see the foul as many times as they need to – it’s a certain penalty and it will be given. But no, once again VAR refuses to overturn the ref’s original decision. It really was an inexplicable decision and it’s infuriating to see anyone, let alone managers like Sean Dyche and others, defend the technology that has been disgustingly poor at making correct decisions.

You can browse social media for a matter of seconds without even seeing the incident yourself and come to the conclusion that the result should have been a penalty with no doubt whatsoever. It’s also pretty clear and obvious that Watford would have won the game had they gone two goals ahead – there was a very slim chance of Tottenham coming back from that one. If VAR decisions like Saturday’s can cost a team two vital points so easily, the system should be scrapped. Simple as.

Man of the Match – Abdoulaye Doucoure

There wasn’t really a standout performer in this match, but the goalscorer Doucoure was a pivotal part of Watford’s attacking play throughout the afternoon and some slightly more consistent finishing could have granted him more than the one goal. The defenders Dawson, Kabasele and Janmaat in particular also deserve an honourable mention.

After playing Red Star, Spurs travel to Anfield to face Liverpool, who have had much greater fortunes since the match-up in the Champions League final last season. Watford entertain an in-form Bournemouth the day before.