Tottenham saw their lead in third place shrink once again as they were lucky to hold on against an enterprising Arsenal at Wembley on Saturday.

Tottenham were indebted to three moments of brilliance from penalties to sneak a draw the rest of their performance barely deserved. Having trailed since the sixteenth minute, Tottenham leveled from the penalty spot as Harry Kane calmly and firmly placed a cool penalty into the bottom corner with only sixteen minutes remaining.

Tottenham’s leveler looked like being broken however as Arsenal won a 90th-minute penalty. Unfortunately for Arsenal where Kane had ice in his veins Aubameyang had nervous tension, in fact his face before the penalty suggested he didn’t fancy it – think Frank Lampard’s face in the 2006 World Cup shoot out – and his scuffed finish barely deviated from the centre allowing Lloris to save. From the rebound, Jan Vertonghen produced a wonderful sliding tackle to again deny Aubameyang and the game ended a draw.

In truth, Arsenal will feel unfortunate to lose even before the late drama. Despite relegating Aubameyang, Ozil and Kolasinac to the bench Arsenal were in control for large periods with Lacazette a constant menace and Aaron Ramsey providing another example of why Europe’s elite were in hot pursuit.

After 16 minutes, Lacazette took advantage of a Davinson Sanchez error to slide Ramsey in and although the departing Welshman still had 50 yards to go he steadied himself before sitting Lloris down and rounding him to roll home. Arsenal were a constant, buzzing presence and Spurs struggled again in what is becoming a testing period for them. Pochettino will hope Champions League progress against Borussia Dortmund in the week clears Tottenham heads and prevents another great season petering out. Emery will feel justified in his team selection as he targets another Europa League trophy but will feel regret at not winning this game and slipping back to fifth before next weekend’s game against fourth-placed Manchester United.

VAR a welcome addition but not the answer to everything

This game had enough flash points and debatable refereeing decisions that if VAR had been in use it might not have finished until half past five.

Arsenal lost Torreira late on after an unfortunate if horrible looking tackle on Danny Rose. However, Arsenal were lucky not to lose Xhaka in the first half after racking his boot down the back of Harry Kane’s calf. Tottenham were hardly in angelic moods themselves either as Sanchez looked to stamp on Koscielny while Lamela got revenge on Xhaka with Danny Rose putting in an awkward at best challenge on goalkeeper Leno.

There was also the drama of the two late penalties. As previously mentioned Jan Vertonghen produced a stunning tackle to deny Aubameyang on the rebound, he was however aided by being nearly level with the penalty kick taker as he struck it.

Harry Kane’s penalty provided even more intrigue. As the ball was floated over he was in an offside position before he was then flattened by a shove from consistent liability Mustafi. The first reaction was that Arsenal were unlucky but the rules as they are written advise Kane would not be judged to be interfering with play as the ball is first struck. Which begs two questions.

Firstly if that interpretation is correct can half the attacking team line up offside and hope for scraps, rebounds and fouls from defenders? And secondly, in the VAR era, how is this information going to be communicated. Most stadiums won’t have facilities to show decision making to match going fans and a lot of mainstream media seem reluctant or unable to properly describe the rules and procedures of VAR.

VAR will be a welcome addition to the Premier League but games like Saturday show in some instances it will merely add to the vagaries and drama of Premier League officiating especially if referee Anthony Taylor continues to have such inconsistent displays.

There have been several occasions where Arsenal goalkeeper Bernd Leno has been such a poor performer I have singled him out as a talking point.

Saturday showed the opposite side of his game. Leno was superb. No hints of the poor decision making that marred the first half of the season and instead we saw a composed display illuminated by a superb double save.

Christian Eriksen ghosted in to the six yard box only to see Leno standing firm, all limbs stretched out to block the shot, the rebound fell to Sissoko who quickly side footed a firm shot into the corner only for Leno to quickly react and dive to his left and get a strong wrist on the ball and send it over the bar. Leno also stood up strong late on and withstood a clattering from Danny Rose to preserve a point.

If Leno can continue in the same impressive vein, the goalkeeper will not be a position that needs to be addressed in the Emery revolution.

The two penalties given away on the day were conceded by defenders who had poor performances in what is becoming a trend. Davinson Sanchez seems to have regressed since last season and his attempted clearance on the halfway line that allowed Lacazette to put Ramsey through was indicative of a defender not quite at his best.

If Sanchez has been slightly below par, Mustafi has been a season long disaster. In truth, he played well for the most part but then inexplicably if predictably barged Harry Kane over to let Tottenham off the hook. The German World Cup winner has been a weak link all season carried by Sokratis pre Christmas and Koscielny after.

If either side are to kick on to title challengers Sanchez needs to regain the form of last season and Mustafi must be relegated to fourth choice centre back.

A tale of two penalty takers

The game rested on the two late penalties and the way they were taken tells us a lot about the takers. Harry Kane never looked like missing and in drilling it hard and sending Leno the wrong way became the joint highest Spurs scorer in this fixture (highest outright if you like your stats with a Premier League only angle). Even in an injury-disrupted season, Kane looks on course for 30 goals again and it must only be a matter of time before the worlds elite clubs try to buy him.

Across the North London divide, Aubameyang once again struggled in a big game and his late penalty miss looked a certainty to anyone looking at his facial expression in the build-up to the kick. Whilst his goalscoring record is very impressive perhaps a slightly harsh view on it is the lack of coolness in the elite games is why at the age of 29 he has never played for one of Europe’s elite clubs whilst they were at their best.

A turning point for Pochettino?

It seems ridiculous to talk of a draw as a turning point especially in a season as great as Tottenham’s. But no club or manager seems to attract as much petty scorn as Pochettino and Tottenham. In a week that has seen them lose to Burnley and Chelsea a third defeat on the bounce would have been heaven for the “put the pressure on, Spursy” merchants.

However, Kane and Lloris dragged a point out and with a three-goal advantage to defend in Dortmund this week this could yet still be a great season. Tottenham and Pochettino deserve more respect than to be derided for not winning trophies in an era where Liverpool have a 35% higher wage bill and Manchester City have a 70% higher wage bill. Tottenham have had an incredible season on the back of three great years and hopefully this late stolen point can provide some respite to allow the end to the season Tottenham deserve. 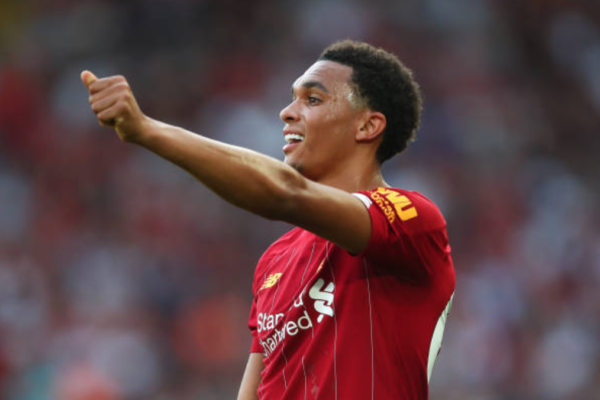