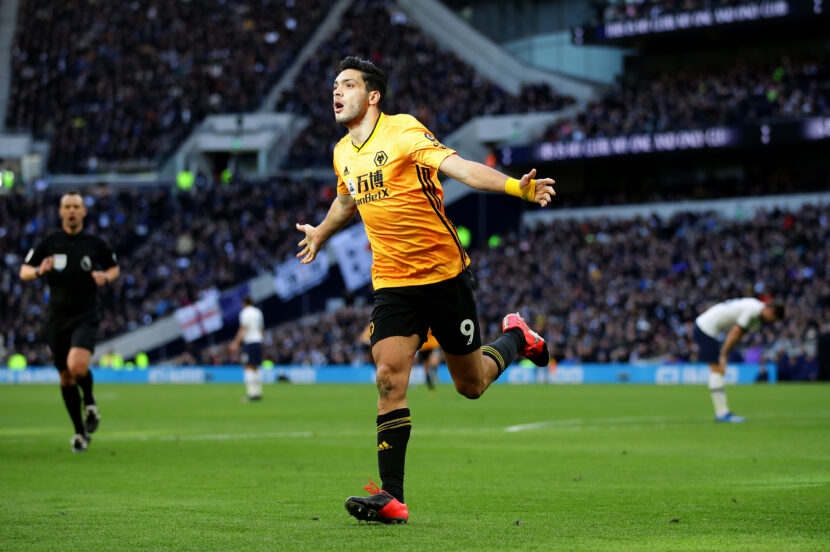 Tottenham Hotspur suffered a big hit in their hopes for Champions League football next season after a startling 3-2 home defeat to Wolverhampton Wanderers, who replace the Lilywhites in sixth position.

Contrary to recent matches, Spurs began the occasion on the front foot, with Bergwijn’s opener not coming at all against the run of play. However, Wolves grew back into the game and equalised through Matt Doherty about fifteen minutes later. This was the point where the defensive frailties once again began to plague the home side as Wolves found all kinds of opportunities, with Adama Traoré looking particularly dangerous. However, it was Tottenham who took a 2-1 lead into the break, with Aurier brilliantly curling past Rui Patrício with his left foot just before the interval.

In truth, Spurs had Wolves right under the cosh for a small period early in the second half, but the pressure didn’t last for nearly long enough, with Diogo Jota claiming an unbelievable sixth goal in three matches in all competitions.

The pressure got to Spurs and by the 73rd minute, Mourinho’s men were behind for the first time in the game thanks to Raúl Jiménez’s composed effort, not dissimilar to Aurier’s first-half goal.

The remaining 20 minutes or so was not enough time for Tottenham to claim a point, who are now in real danger of slipping down the table, with Sheffield United and Arsenal both having a game in hand. Wolves, on the other hand, leapfrog into sixth place, with the prospect of Champions League football looking very realistic for Nuno Espírito Santo’s team.

Throughout the first 20 minutes or so, Wolves looked slightly out of character with regards to their attacking threat. However, whatever Europa League residue that may have remained after their midweek game was shaken off very quickly as Wolves began to stretch Tottenham’s defence.

Wolves have played such a huge number of games this season and the fact that they are able to compete and thrive in the Premier League and Champions League means they have to be one of the most impressive teams in England or even Europe at current.

Most of the players on the team sheet have become familiar names in the Premier League and many of the key players who featured against Spurs, such as Traore and Doherty, also started against Espanyol on Thursday evening. To be able to beat Tottenham, who have had a week out of action, is a huge achievement for Wolves.

With Mourinho himself making excuses for their inconsistency by complaining about the lack of goalscoring options, after conceding three goals in their own stadium, spectators have the right to turn to the Spurs boss and question where this nonsense is coming from.

Lack of attacking players is categorically not the problem at Tottenham Hotspur – defensive ineptitude is the real issue and has been for the entire season. With defensive organisation being such a prominent feature of Mourinho’s resumé, is the manager’s credibility slipping away from him as Tottenham conceded their 37th, 38th and 39th goals of the season?

What’s more is that Mourinho has stated that Troy Parrott is not ready for first-team football, but the Irishman was deemed worthy to enter the fray with only a few minutes remaining, which was not enough time for him to even touch the ball. It seems that the whole idea that Spurs don’t have a striker seems a bit of a farcical excuse from Mourinho.

There’s no masking the fact that Tottenham have become a considerably poorer side this season, with neither Pochettino nor Mourinho being able to rectify the problems in the squad. Mourinho has made his excuses – blaming the lack of attacking options as well as fatigue – none of which are valid, with Spurs scoring two on the day and not having a match for over a week.

Looking at the situation from a different angle, one could speculate as to whether these sorts of comments are settling well with the squad. Lucas Moura, Steve Bergwijn and Dele Alli are all listening to their manager publicly tell the media that he has no goalscorers in his squad.

All the while, Troy Parrott has been missing out on the opportunity to fill the void of Harry Kane. We shouldn’t forget that Kane himself was forced into the first team due to unforeseen circumstances back in 2014, so the young Irishman must be eager to follow in his footsteps. All in all, no one could be that surprised if a number of players are becoming increasingly unsettled under Mourinho.

How do Wolves fare in the race for the Champions League?

You often find that certain “outlier” clubs find themselves competing in the Europa League, but it rarely happens that teams outside of the “big six” are fighting for a place in the Champions League. This year, we don’t just have one such team doing this, but arguably three or four at least. Complications regarding Manchester City’s spending habits will potentially manifest into leaving fifth place a Champions League spot.

Wolves, having proven their worth in Europe already this season, are one of the favourites to claim this extra spot based on their recent form – one loss in six matches. And now we are at the stage of the season where we take a look at each team’s remaining fixtures to gauge an idea of who has the best run-in from now until May.

Wolves’ schedule is looking particularly promising, with Chelsea the only top-six team left for them to play, and their next four games being against teams in the bottom half. Compare this with Tottenham, Manchester United and Sheffield United’s run-in and you fancy Wolves’ chances of getting Champions League football.

Premier League or FA Cup the top priority for Spurs?

With Tottenham’s fixture list looking particularly daunting, Mourinho may have a conflict of interest on his hands in north London. No doubt chairman Daniel Levy will have Champions League as the number-one priority while fans, at this point, may feel more content to see their team go all-out in the FA Cup – the trophy Mourinho is most likely to achieve in his first season at Spurs.

Of course, if Spurs were to fail to take the FA Cup while consequently suffering in the league, Mourinho’s job could well be on the line. Levy has high expectations of his managers and may not show a great deal of faith in Mourinho eventually living up to his reputation as one of the best managers in the world.

There’s no arguing that Mourinho is a trophy winner, even when the football playing out in front of him doesn’t seem quite right. With over ten years passed without a trophy, most Tottenham fans won’t care about the manner in which silverware arrives at the club, or what form it takes, and Mourinho may naturally have an eye for the FA Cup this season.

Man of the Match – Diogo Jota

Diogo Jota’s week got even better on Sunday with yet another goal and the Portuguese barely gave the ball away all match, making him the best player on the pitch.

Tottenham face Norwich in the FA Cup on Wednesday night, before travelling to Turf Moor to take on a Burnley side who could go above Spurs with a victory. Meanwhile, it’s Wolves’ turn to take a week off having been knocked out of the cup. Nuno’s men next face Brighton on Saturday.