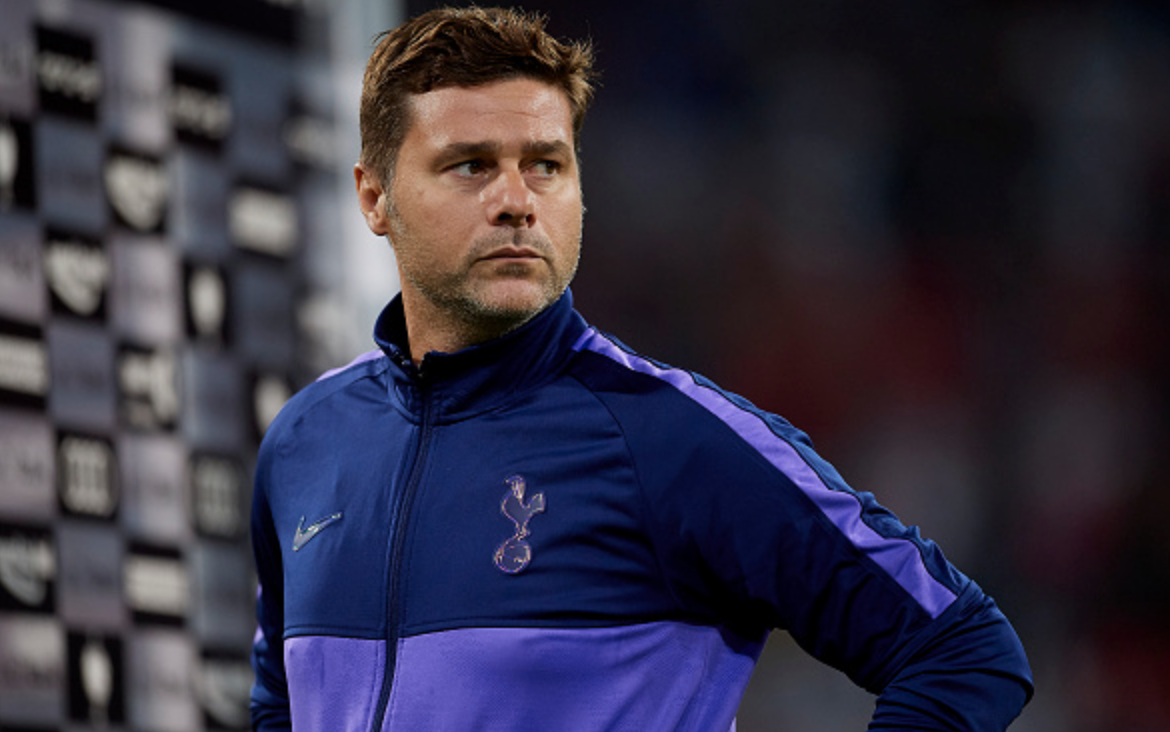 With some uncharacteristic transfer business in the works this summer, the steady rise of Tottenham Hotspur under Mauricio Pochettino looks to be ramping up as we look forward to the fast-approaching start of the Premier League season.

There is a lot for Tottenham fans to look forward to this year, with the Lilywhites infinitely more active during the summer transfer market than they have been in the last two windows. The intentions of Daniel Levy and the manager have been made clear – after coming so close last season, the team are out to win something.

Leaving last year’s dominant forces of Manchester City and Liverpool out of the equation, Spurs are tipped as the favourites to finish in the top four, and they certainly look the most stable team out of the contenders. The club has an intimidating lineup of fully-fit and determined players ready for action. Will Pochettino’s men finally grab an elusive trophy or will they fall short once again?

Spurs came as close as they could have possibly got to grabbing one of the most illustrious trophies in football in the season just gone. Getting to the Champions League final of perhaps the most dramatic year of the competition’s history was a huge moment for the club, and a big statement from the squad and manager alike. The somewhat underwhelming final featured two sides not truly at their best, and Spurs could have won the tie on another day.

So Tottenham are out to get a trophy one way or another, but some extra consistency is key to doing this. On many an occasion last season, Spurs dropped points against lower bottom-half teams and were truthfully extremely fortunate to actually finish in the top four. It’s a good job the other top-four competitors all experienced torrid form towards the end of last season, because Spurs were far from sparkling in that period.

Going far back to the start of the 2018/19 campaign, Tottenham were playing some very promising football and were actually above Manchester City in the title race at the halfway mark around Christmas. That changed very quickly in the new year however, as an inconsistent pattern of victories and defeats saw Spurs slide out of the title race altogether.

Tottenham didn’t have the best of times in the other domestic competitions either. They were knocked out in the fourth round of the FA Cup by Crystal Palace during one of their poor runs of form, while they missed the chance to reach the final of the Carabao cup within the same week as Chelsea triumphed on penalties.

Perhaps the most intriguing topic of conversation with regards to Tottenham Hotspur is their renewed activity in the transfer market. Their £60m signing of Tanguy Ndombele is one of the largest transfers of the summer window. Considering this constituted their first signing since Lucas Moura joined around 18 months ago, the acquisition of an established player for a club-record fee is a big deal for the fans.

The young central midfielder has demonstrated qualities similar to that of Mousa Dembele, who departed north London roughly six months ago. His strengths certainly lie in the physicality sector, with an astute ability to hold on to the ball, meaning the 22-year-old will likely be played as a holding midfielder, which will increase the competition in that area further.

Jack Clarke is the only other signing to report, an 18-year-old prospect who has been bought from his home club Leeds and loaned back out again. Tottenham have also sold Vincent Janssen to Mexican club Monterrey.

Other than these deals, the remaining transfer activity from the Lilywhites involves only speculation and rumours. A lot has been said about a potential move to north London for Real Betis midfielder Giovani Lo Celso, and Pochettino’s interest in the Argentine has been ongoing for the best part of two months. Spurs have bid around £50m for Lo Celso, but the Spanish outfit have been reluctant to accept.

Rumours have also emerged linking another Argentine with Spurs – the extremely prolific Paulo Dybala. The seemingly unlikely signing of such a renowned and well-known player would be a huge statement of intent, but some believe that these rumours were purposefully leaked to speed up the Lo Celso negotiations. Either way, expect to see more action in the transfer window from Tottenham in the next week.

Spurs are one of twelve teams to take part in the International Champions Cup – a friendly pre-season competition involving other English sides Arsenal and Manchester United, as well as other top clubs from around the world. Tottenham got off to a dramatic start, beating Juventus 3-2 after Harry Kane’s halfway line goal won the match in stoppage time.

Their next match in the friendly tournament was a somewhat feisty affair with Manchester United. The Red Devils won this tie 2-1 after enduring some heavy tackles from Spurs that boss Pochettino had to apologise for following the match.

In what was certainly a week of ups and downs, even before the season has begun, Spurs fans were able to get a good look at the new man Tanguy Ndombele, who provided an assist with practically his first touch in a Spurs shirt before playing the first half of his second appearance against United.

First and foremost, if a certain few of Tottenham’s players are not lured away by other European clubs, then Spurs have a formidable squad of established players all at full fitness. Spurs’ campaign this season will no doubt rely heavily on players like Harry Kane and Heung-min Son performing week in, week out, but there are other players who will certainly play a huge part in Spurs’ 2019/20 season.

And we’ll start with Lucas Moura. The reasoning behind Pochettino’s decision to leave the Brazilian out of the Champions League final starting XI is still a bit of a mystery. Scoring a second-half hat-trick to come back from 3-0 down to win on aggregate has to be one of the greatest moments in a semi-final in the competition. Yet it was not enough to secure a spot over Harry Kane, who had been injured prior to the game.

Lucas has already made his mark during pre-season, scoring two goals across both games. Whether playing as part of the starting team or coming off the bench, Lucas will likely have a huge impact this season, as he did the last.

Dismissing some of the obvious key players in midfield, we should take a look at the role of Harry Winks, a young player who has made tremendous progress in the last few years to the point of many believing he should be the first name to fill the holding midfielder role. By learning from Dembele, Winks has been moulded into an active defensive midfield position – one that involves holding onto the ball and dribbling as much as it does passing the ball to upfield positions.

In the goalkeeping position, we may see Paulo Gazzaniga play a more frequent role for the Lilywhites this season. Hugo Lloris has been an excellent keeper for Spurs for nearly seven years and remains one of the best in the league. While he will likely be the usual name on the team sheet, Gazzaniga has gradually been getting more game time and has shown that he too is a top-quality goalkeeper. We may see more of the Argentine as Pochettino begins to ease him into the first team.

One of the reasons behind Spurs’ rise under Pochettino is their sharp attacking build-up. Almost every player in the squad could be praised for their passing skill, and many of Tottenham’s attacks start at the back. The good relationships between the players allow for extravagant and often exuberant exchanges to provide the mechanism for getting to the attacking third.

On top of this, they have a broad range of avenues from which goals can come from. Spurs have been regarded in the past as a “one-man team” thanks to Harry Kane’s rise to one of the best strikers in the world. Last year especially Tottenham proved that this is not the case as Kane, Son and Lucas all scored over ten goals each in the league.

It’s difficult to express any underlying weaknesses that Tottenham have as they possess quality in all areas of the pitch. However, the winning mentality has not always been consistent with Spurs, especially throughout portions of last season. Spurs had to endure some gruelling losses around a busy February and March period, while still impressing in the Champions League at the same time. If Spurs won all the games they were expected to win, they might have been title chasers.

If you were to pin these losses on one sector of the field, you would probably have to say the defence was the culprit. Spurs conceded 39 goals last season which, although not a bad statistic, is the worst defensive record they have had for four years. Pochettino will likely be working on this in preparation for the upcoming season.

Spurs are pretty strong favourites to finish in the top four, so anything less than this would be a failure. However, the real goal for Tottenham, as it has been for a few years, is to win a trophy of some sorts. Under Pochettino, we have seen the best Spurs team of at least the last 25 years, but there’s still not a lot to show for it.

The squad has the aptitude to win trophies – they came very close to claiming the Champions League last year in their first final in the competition. Winning the Premier League will probably be too much of a task with Manchester City and Liverpool being so dominant last year, but Spurs have proven that they can go all the way in a Cup competition and can hopefully do so again this season.